Rainfall induced flooding during rainy season is a regular phenomenon in Dhaka City. Almost every year a significant part of the city suffers badly with drainage congestion. There are some highly dense areas with lower ground elevation which submerge under water even with an intense precipitation of few hours. The higher areas also suffer with the drainage problem due to inadequate maintenance of the system and encroachment or illegal filling up of the drainage canals and lakes. Most part of the city suffered from long term urban flooding during historical extreme rainfall events in September 2004, 2007 and July 2009. The situation is likely to worsen in the future due to Climate Change, which may lead to more frequent and intense precipitation. To assess the major and minor drainage systems and elements of the urban basins using the hydrodynamic modelling and, through this, identifying the flooding events and areas, taking into account the current situation and future flood or drainage scenarios. Stormwater modeling has a major role in preventing issues such as flash floods and urban water-quality problems. Stormwater models of a lowered spatial resolution would thus appear valuable if only their ability to provide realistic results could be proved. The present scenario of urban morphology of Dhaka city and existing drainage system is complex for hydrological and hydrodynamic modeling. Furthermore limitations of background data and uncertain future urban scenarios may confine the potential outputs of a model. Although several studies were carried out including modeling for drainage master planning, a detail model for whole DAP (Detaile Area Plan) of Dhaka city area is not available. The model developed under this study is covering the existing drainage system in the study area as well as natural flows in the fringe area. A good number of models are available for hydrological and hydraulic analysis of urban areas. These are MIKE 11, MOUSE, HEC-RAS, HEC HMS and EPA SWMM. EPA-SWMM is used for the study area which is mostly developed and consists pipe networks, open channels and water bodies. This study proposes a methodology for rapid catchment delineation and stormwater management model (SWMM) set-up in a large urban area with model calibration and validation. 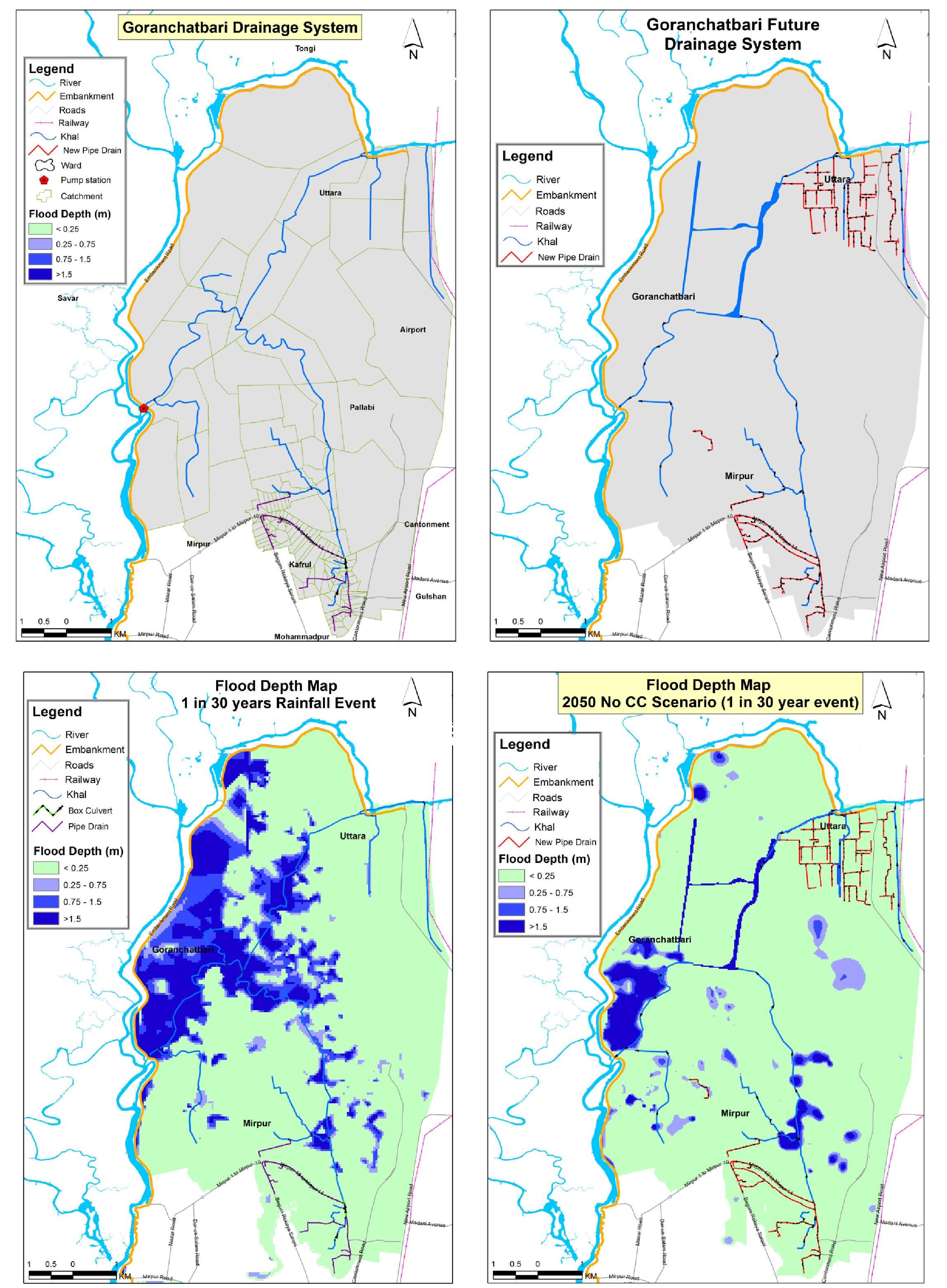