Europa exists in a complicated plasma environment where the tilt of Jupiter’s magnetic field and rapid rotation rate leads to a dynamic interaction with Europa’s ionospheric plasma. While understanding this plasma interaction is interesting in its own right, it is crucial for successfully magnetically sounding Europa’s subsurface ocean. . In magnetic sounding, currents induced in Europa by the changing Jovian plasma produce a detectable secondary magnetic field that reflects properties of Europa’s subsurface ocean such as depth and conductivity. This technique was successfully employed with Galileo observations of Europa to demonstrate that Europa indeed has a subsurface ocean containing more liquid water than Earth’s oceans. While these Galileo observations contributed to the renewed interest in Europa, the results raised major questions that remain unanswered, in part due to the large uncertainties in the ice shell thickness, ocean depth, and ocean salinity due to limitations in the observations. Here we present the scientific goals of the Plasma Instrument for Magnetic Sounding (PIMS), one of the 9 instruments selected for the Europa Multiple Flyby Mission. We specifically address how PIMS plasma measurements will transform the accuracy of magnetic sounding of Europa’s subsurface oceans. We also present synergistic science with other Europa instrumentation such as the ultraviolet spectrometer, mass spectrometer, and the radar. 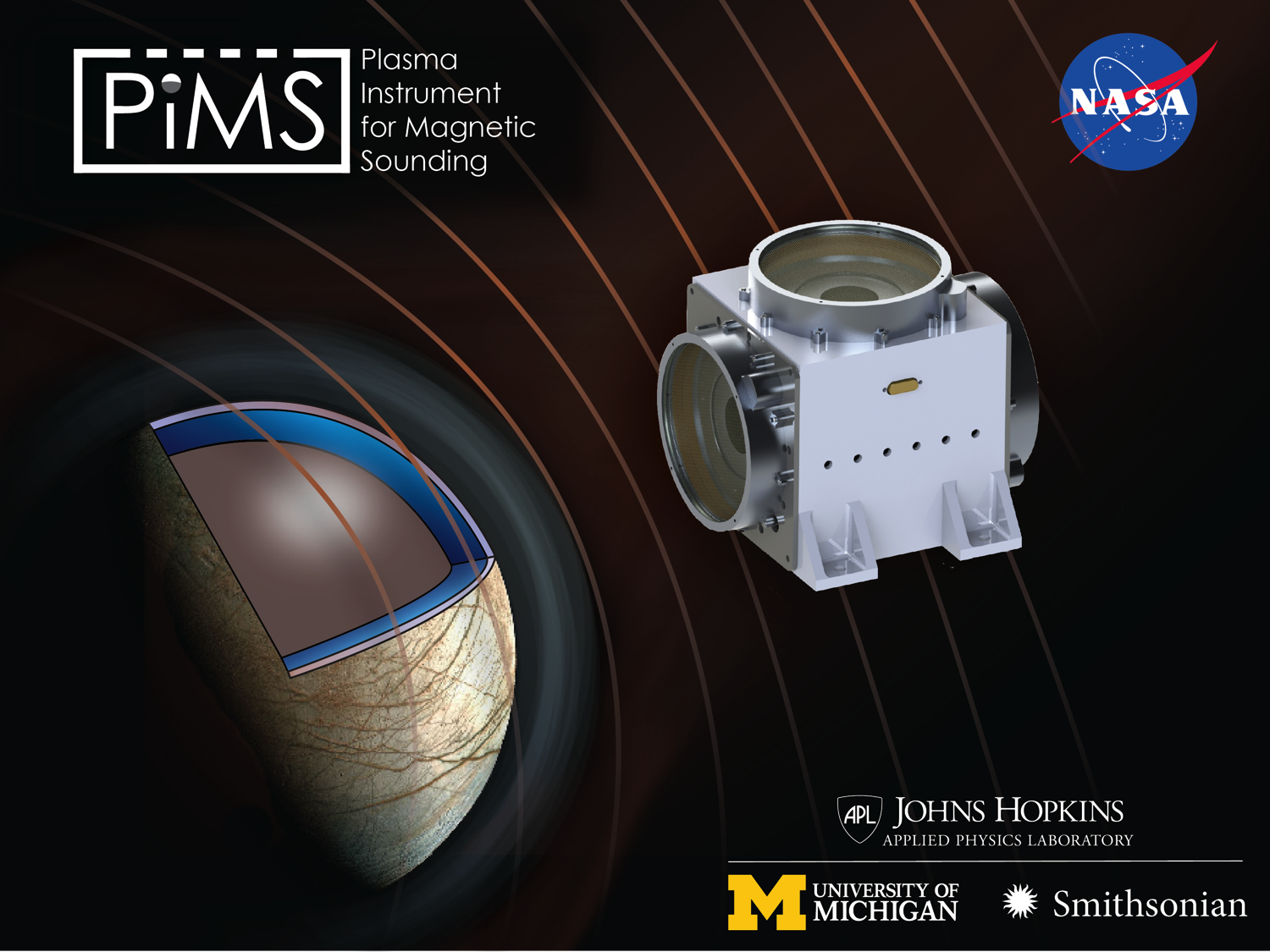