Rotary shear (RS) experiments have been used to characterize the deformational behavior of materials and attempt to understand earthquakes. Typical RS experiments test materials under a prescribed slipping velocity and normal load. Yet, in natural earthquakes, fault nucleation, growth, termination, and slipping velocity are not predefined, but a result of the stored and released energy around the seismic fault. Here we present new measurements performed with a RS apparatus designed to be more representative of a natural system. The device uses a clock spring that when loaded by a motor imposes a linearly increasing torque to the sample. Thus, events occur spontaneously when the shear stress exceeds the static shear stress acting on the surfaces in contact.

We report the results of experiments using solid poly(methyl methacrylate) (PMMA) and granular samples of polyvinyl chloride powder (figure), glass microbeads, silica powder, and crushed quartz. PMMA experiments were started at a spring loading rate (SLR) of ~2.5 RPM, where we observed low amplitude stick-slip events occurring at regular recurrence intervals. The SLR was then increased to ~12.5 RPM where after a transition period, temperatures during slip events exceeded the melting point of PMMA (~160ºC). This formed a melt layer that cooled and bonded the slipping surfaces. The friction coefficient just before rupture and the amount of weakening increased as a function of the amount of melt produced. Granular experiments were conducted at a SLR of ~2.5 RPM and variable normal stresses (0.1-0.5 MPa). The granular samples show strain hardening just before rupture, followed by strain softening and marked changes in behavior with varying water content.

Since the behavior of PMMA is comparable to that of rocks at depth (McLaskey and Glaser, 2011), results of PMMA tests yield insight into precursory and coseismic events, fault strengthening/weakening mechanisms, and perhaps, the formation of pseudotachylite glass. Experiments with granular samples allow us to characterize each material’s behavior in response to variable water content, SLR, and normal stress. We conclude that analog materials are valuable to simulate the behavior of the seismogenic brittle lithosphere. From such experiments, we can gain insight into stick-slip mechanisms relevant to earthquakes. 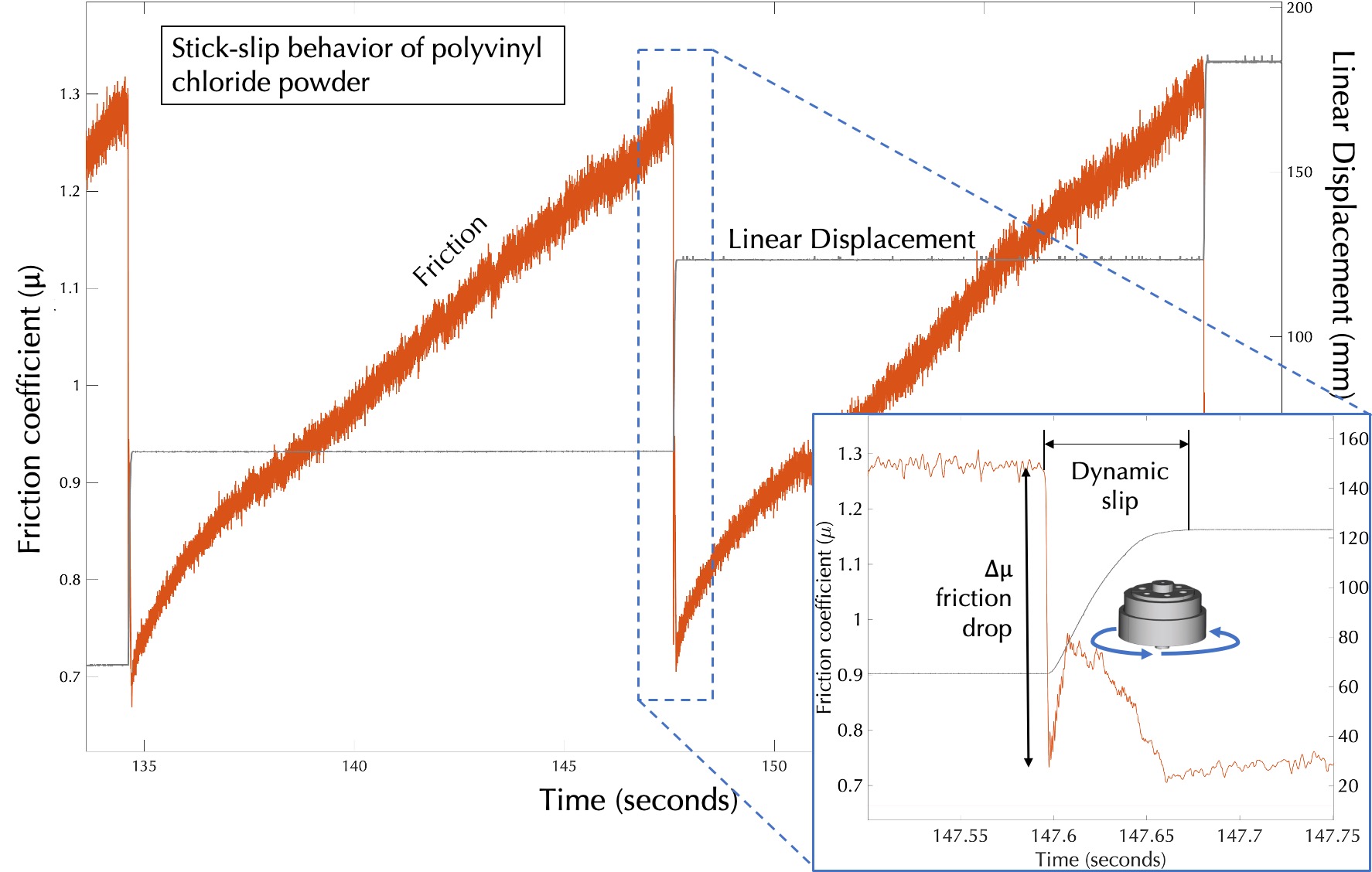