The atmospheric deposition of trace elements is a primary mechanism of direct input of bioavailable limiting nutrients to the euphotic zone in oceanic regions removed from coastal inputs. However the quantification of this flux remains an elusive goal over vast areas of the open ocean. The chemical concentration of aerosols is now routinely determined on ocean transects, but these data cannot, by themselves, yield the deposition rates of trace elements. To transform these concentrations into deposition rates, a method of determining flux is required. We have utilized the 7Be inventory of the water column and the 7Be of aerosols to derive the bulk (wet+dry) atmospheric deposition velocities (Vb) of aerosols along several GEOTRACES and other program transects, where Vb = [7Be ocean inventory x λ]/[aerosol 7Be activity]. We have found that for several ocean basins, the ocean 7Be inventory, and thus Vb, varies in a linear fashion with rainfall. This suggests rainfall data from resources such as the Global Precipitation Climatology Project (GPCP) can be used to provide global estimates of dust and trace element flux. The dry deposition velocity (based on a rain rate of 0) derived from this relationship is ~ 1400m/d, consistent with values commonly accepted for this parameter. 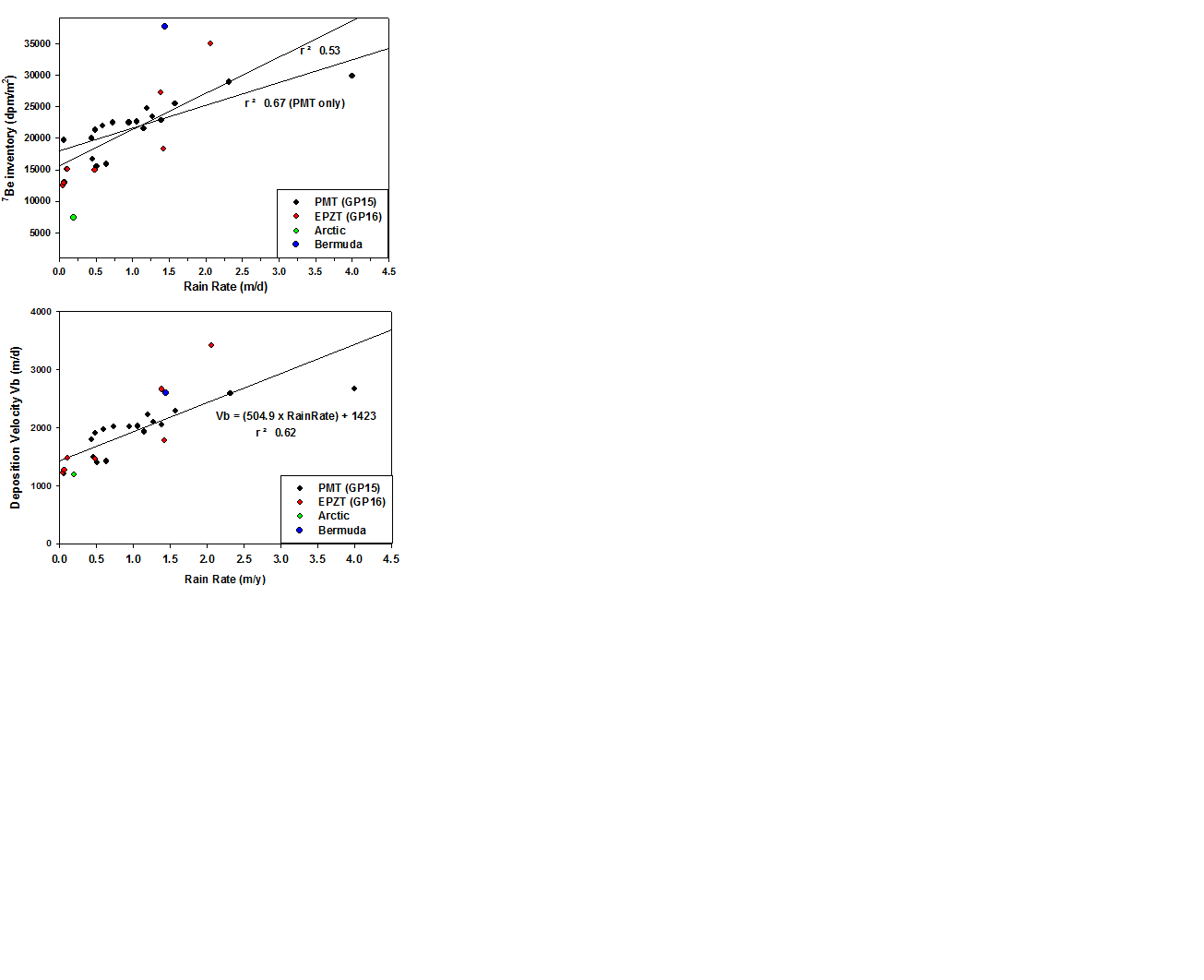 Back to: Revealing Biogeochemical Processes on Basin Scales through Ocean Transects III