Historically, the diapycnal diffusivity in the ocean is often estimated from the Osborn model (1980) by assuming the mixing efficiency Γ, is constant at 0.2 and from measurements of the rate of kinetic energy dissipation, ε, and the buoyancy frequency, N. Both ε and N can be estimated from data obtained by a free fall microstructure profiler. This is a common practice in the oceanographic community although there is ongoing debate over the exact value of Γ. Although the method is direct, due to the nature of the sampling the number of independent estimates of the diffusivity that can be obtained is very restricted. Here we employ an indirect method, proposed by Ivey et al. (2018) and tested against direct methods, which is based on a mixing length theory and time series measurements and this enables a large number of estimates of diffusivity.,.

The field data were obtained from a cabled observatory located in 30 m of water in a coastal environment at the southern tip of Oshima Island south of Tokyo. We collected nearly 4 years of data from a thermistor chain and upward-looking ADCP at the site, and these data can be used to estimate the diffusivity at 10 minute intervals over the depth. Each month as many as 20,000 estimates of the diffusivity can be made. The results, in general, follow a lognormal distribution. In summer time, a single lognormal distribution is a good description of the data. On the other hand, in winter time a mixture of two lognormal distributions is a good description of the data . We interpret these seasonal differences in the probability density functions as being due to seasonal changes in the physical processes driving the diapycnal mixing. 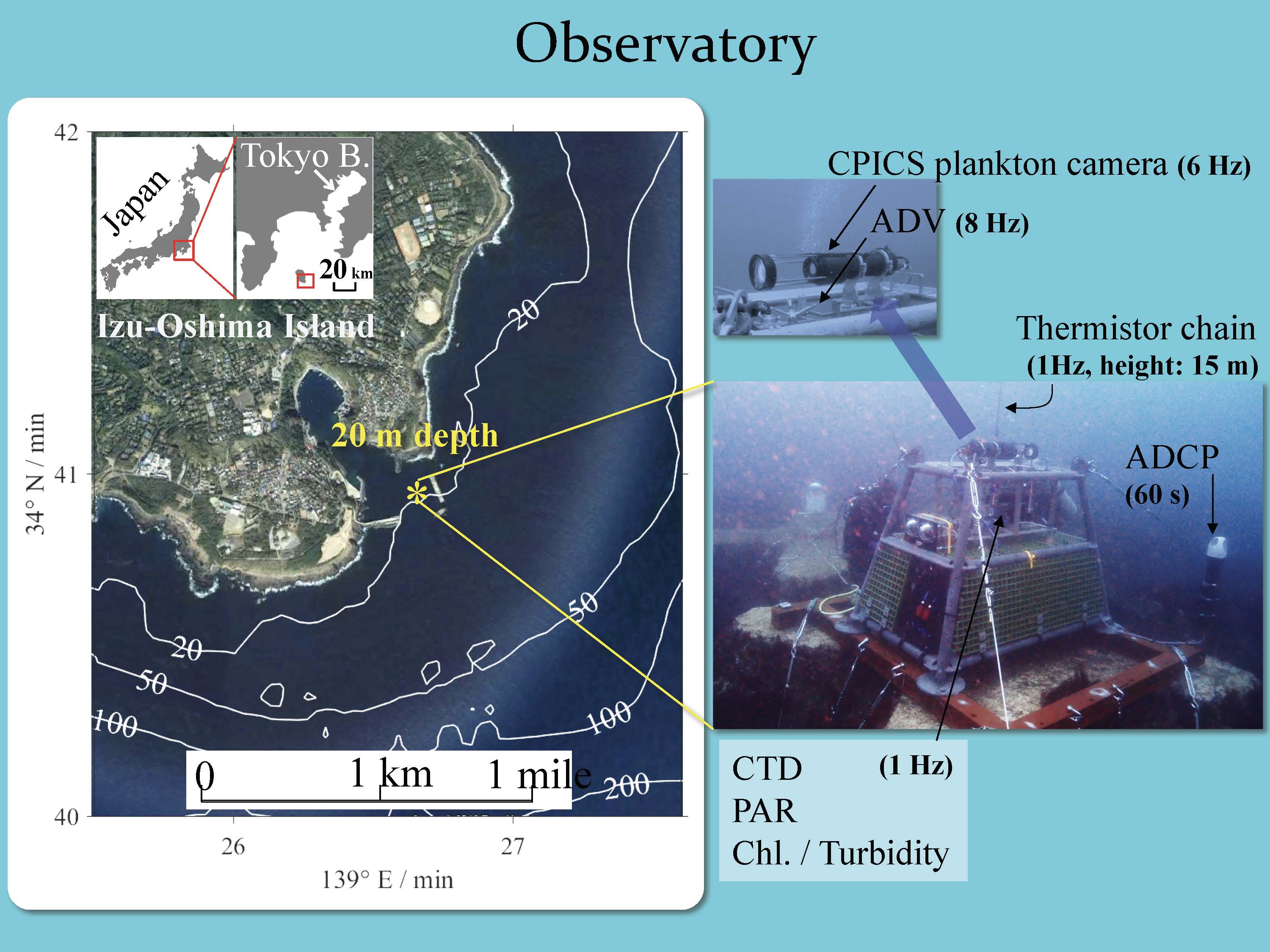 Back to: Defining the New Frontiers of Ocean Mixing Research II