Eddy saturation of the Southern Ocean: a baroclinic versus barotropic perspective

"Eddy saturation" is the regime in which the total time-mean volume transport of an oceanic current is relatively insensitive to the wind stress forcing and is often invoked as a dynamical description of Southern Ocean circulation. We revisit the problem of eddy saturation using a primitive-equations model in an idealized channel setup with bathymetry. We apply only mechanical wind stress forcing; there is no diapycnal mixing or surface buoyancy forcing. Our main aim is to assess the relative importance of two mechanisms for producing eddy saturated states: (i) the commonly invoked baroclinic mechanism that involves the competition of sloping isopycnals and restratification by production of baroclinic eddies, and (ii) the barotropic mechanism, that involves production of eddies through lateral shear instabilities or through the interaction of the barotropic current with bathymetric features. Our results suggest that the barotropic flow-component plays a crucial role in determining the total volume transport. 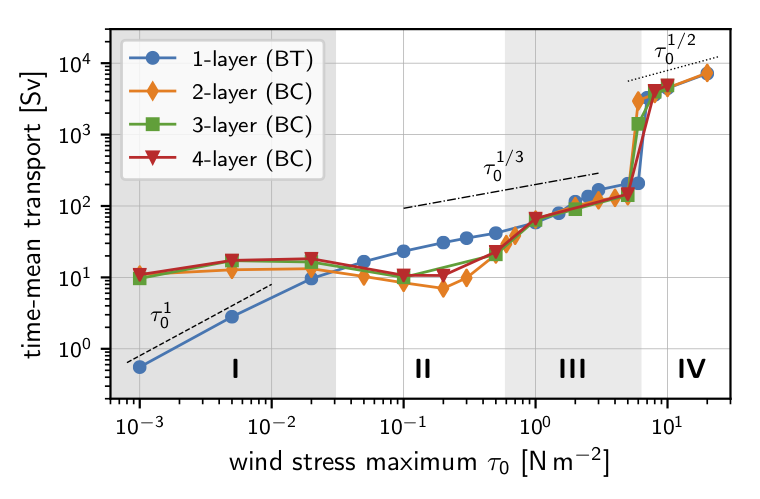 Back to: Ocean Transport and Eddy Energy IV Posters