Direct Numerical Simulations of freezing under a sloping ice-face.

Polar ice-shelves are vulnerable to the warming climate. Warmer ocean water melts the base of the ice-shelf and drives a melt water plume along the ice-face. The plume becomes super cooled at shallower depth due to increase in freezing point at lower ambient pressure. This super cooled water freezes under the ice-face typically below 200 m from the surface. This ice pumping redistributes the ice-mass and is partially responsible for the structural disintegration of the ice-shelf. Idealised Direct numerical simulations (DNS) are used to investigate the freezing under non evolving planar ice interface at various inclinations (0º-50º) at an uniform ambient salinity of 35 g kg-1 and temperature -2.1º C. In the absence of ambient flow, freezing at the ice-face creates an negatively buoyant unstable inner boundary layer that forms protruding finger like structures at shallower slopes(θ< 10°) as shown in figure 1. The length scales of these structures as well as the freezing rates are slowly varying function of the slope angle for shallower slopes where boundary layer separation enhances the freshening at the boundary and increase the diffusive transports. With steeper slopes the down welling flow over the slope smears the boundary layer and freezing rates becomes independent of ice-face geometry. For an extreme shallow slope θ=2° even a weak ambient current of Ub=3 cm s-1, freezing rate becomes independent of the ice-face geometry. The finger length scales and transition angles are also predicted by a theoretical scaling. In a geophysical scenario the ambient flow under ice is strong and freezing rate is very unlikely to be influenced by the ice-shelf geometry. 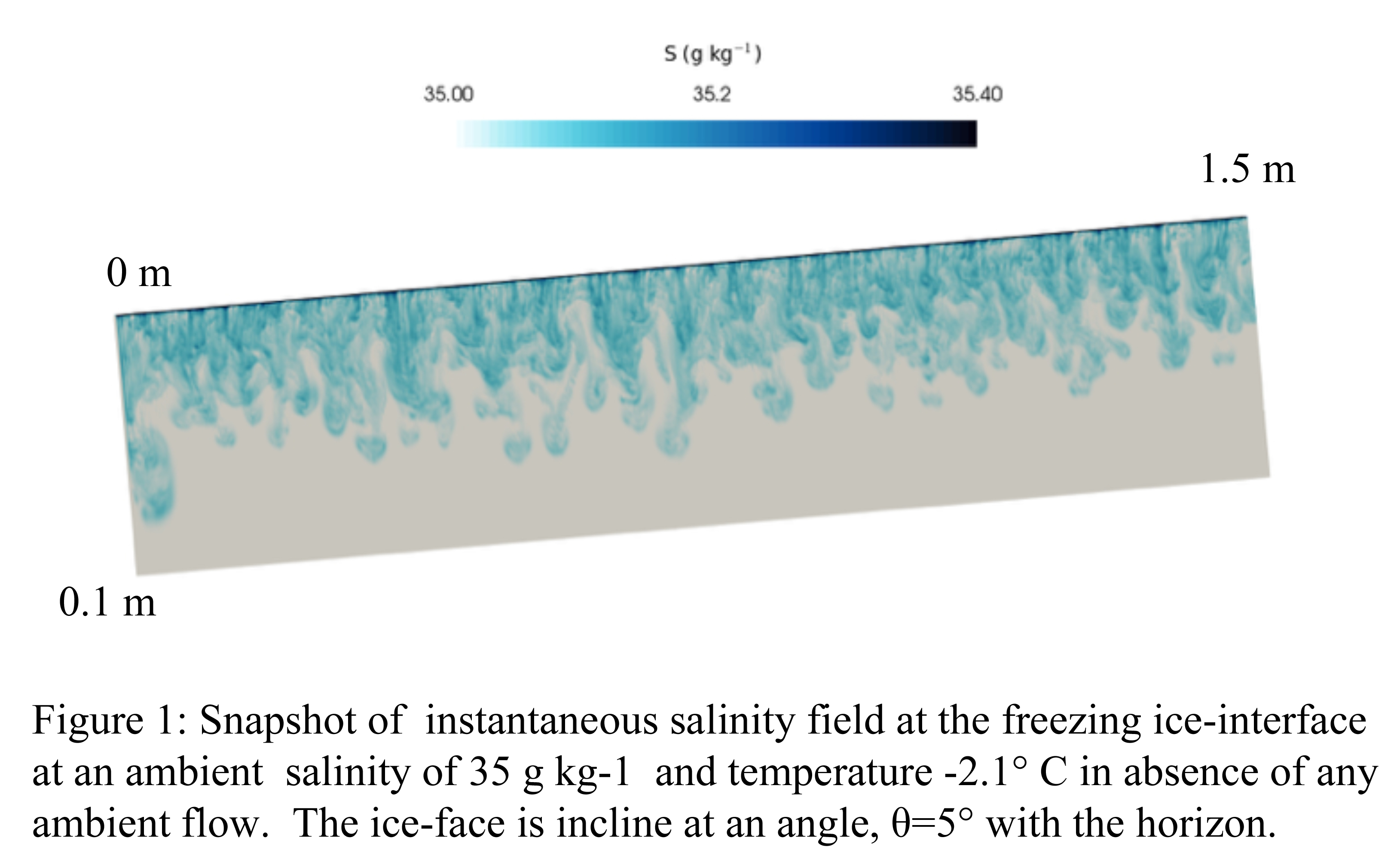 Back to: Ice-Ocean Interactions and Circulation Around the Antarctic Margins IV Posters