The deep ocean is relatively under-sampled, with shipboard measurements providing irregular spatial and temporal records. Moored time-series constitute a critical step toward establishing a deep ocean climatology. Here, highlights and challenges of measuring abyssal temperature and salinity on the Kuroshio Extension Observatory (KEO) mooring (32.3°N 144.6°E) from 2013 – 2017 are described. Using alternating SeaBird-37SMP instruments on annual deployments, an apparent fresh drift of 0.03 – 0.06 PSU was observed, with each newly deployed sensor returning to historical norms near 34.69 PSU. Recurrent salinity discontinuities were pronounced between the termination of each deployment and the initiation of the next, yet consistent pre- and post-deployment calibrations suggested the freshening was real. Because abyssal salinities do not vary by 0.03 - 0.06 PSU over the small distances between deployments, the contradictory salinities during mooring overlap pointed toward a sensor issue that self-corrects prior to post-calibration. A persistent nepheloid layer, unique to KEO and characterized by murky, sediment-filled water, is likely responsible for sediment accretion in the conductivity cell. As sediment (or biofouling) increasingly clogs the instrument, salinity drifts towards a fresh bias. During ascent, the cell is flushed, clearing the clogged instrument. In contrast to salinity, deep ocean temperatures appear to increase over the 4-year record by 0.0059˚C, while historical deep temperature measurements do not support a secular temperature increase in the region. It is suggested that decadal or interannual variability associated with the Kuroshio Extension may have an imprint on deep temperatures. Recommendations are discussed for future abyssal temperature and salinity measurements. 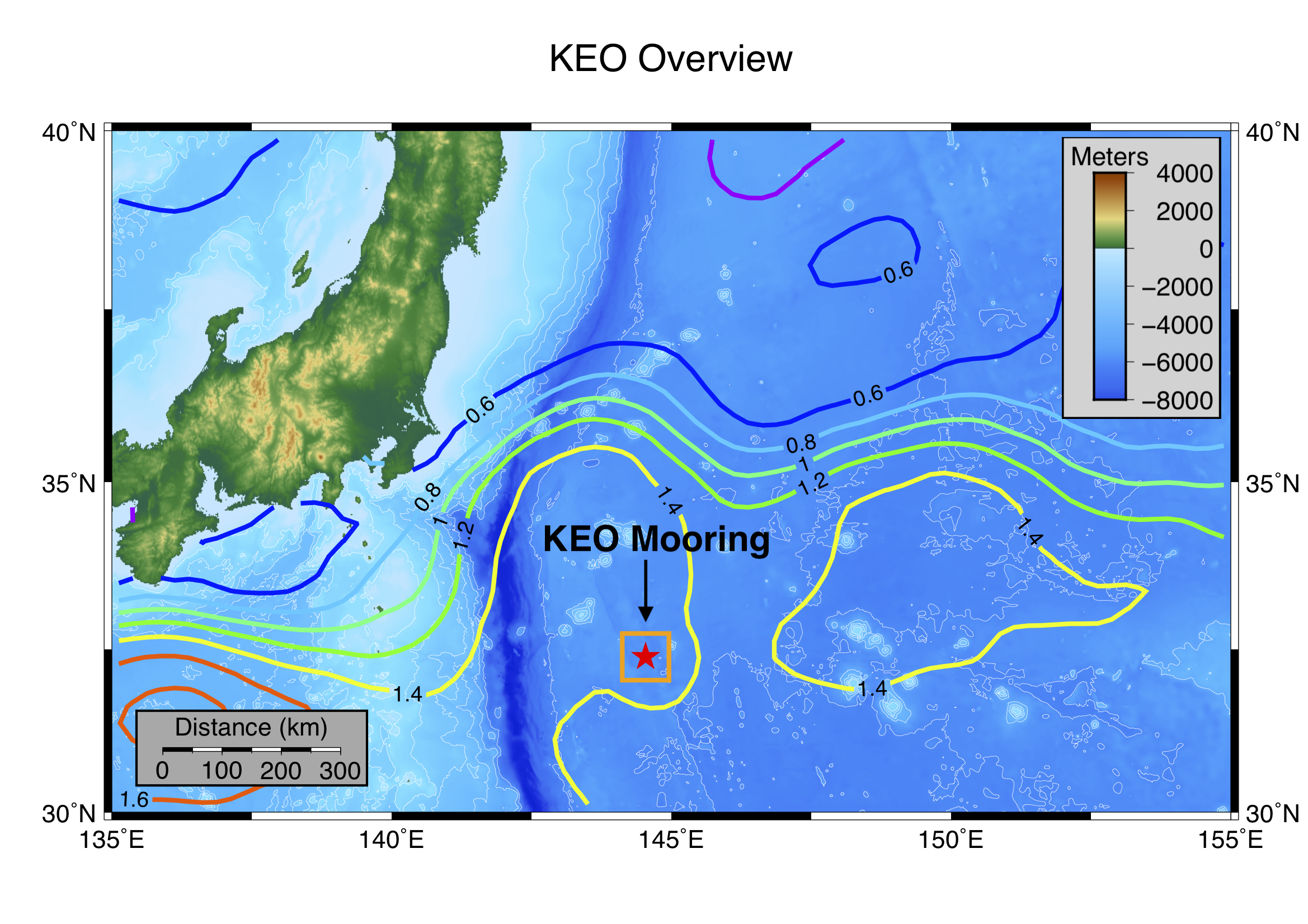 Back to: Multiscale Oceanic Processes and Air-Sea Interactions in the Kuroshio-Oyashio Extension Region: Observations and Modeling I