What drives the Antarctic Slope Current?

All exchanges between the open ocean and the Antarctic continental shelf must cross the Antarctic Slope Current (ASC). Previous studies indicate that these exchanges are strongly influenced by mesoscale and tidal variability, yet the mechanisms responsible for setting the ASC's transport and structure have received relatively little attention. In this study the roles of winds, eddies and tides in accelerating the ASC are investigated using a global ocean/sea ice simulation with very high resolution (1/48 degree grid spacing). We show that the circulation along the continental slope is accelerated by a combination of surface stresses, ultimately sourced from the easterly winds, and by mesoscale eddy vorticity fluxes. At the continental shelf break, the ASC exhibits a narrow (30--50 km wide), swift (exceeding 0.2 m/s) jet, consistent with in situ observations. In this jet the surface stress is substantially reduced, and may even vanish or be directed eastward, because the ocean surface speed matches or exceeds that of the sea ice. The shelf break jet is shown to be accelerated by tidal momentum advection, consistent with the phenomenon of tidal rectification. Consequently, the shoreward Ekman transport vanishes and thus the mean overturning circulation that steepens the Antarctic Slope Front (ASF) is primarily due to tidal acceleration. These findings imply that the circulation and mean overturning of the ASC are not only determined by winds, but also depend crucially on sea ice cover, regionally-dependent mesoscale eddy activity over the continental slope, and the amplitude of tidal flows across the continental shelf break. 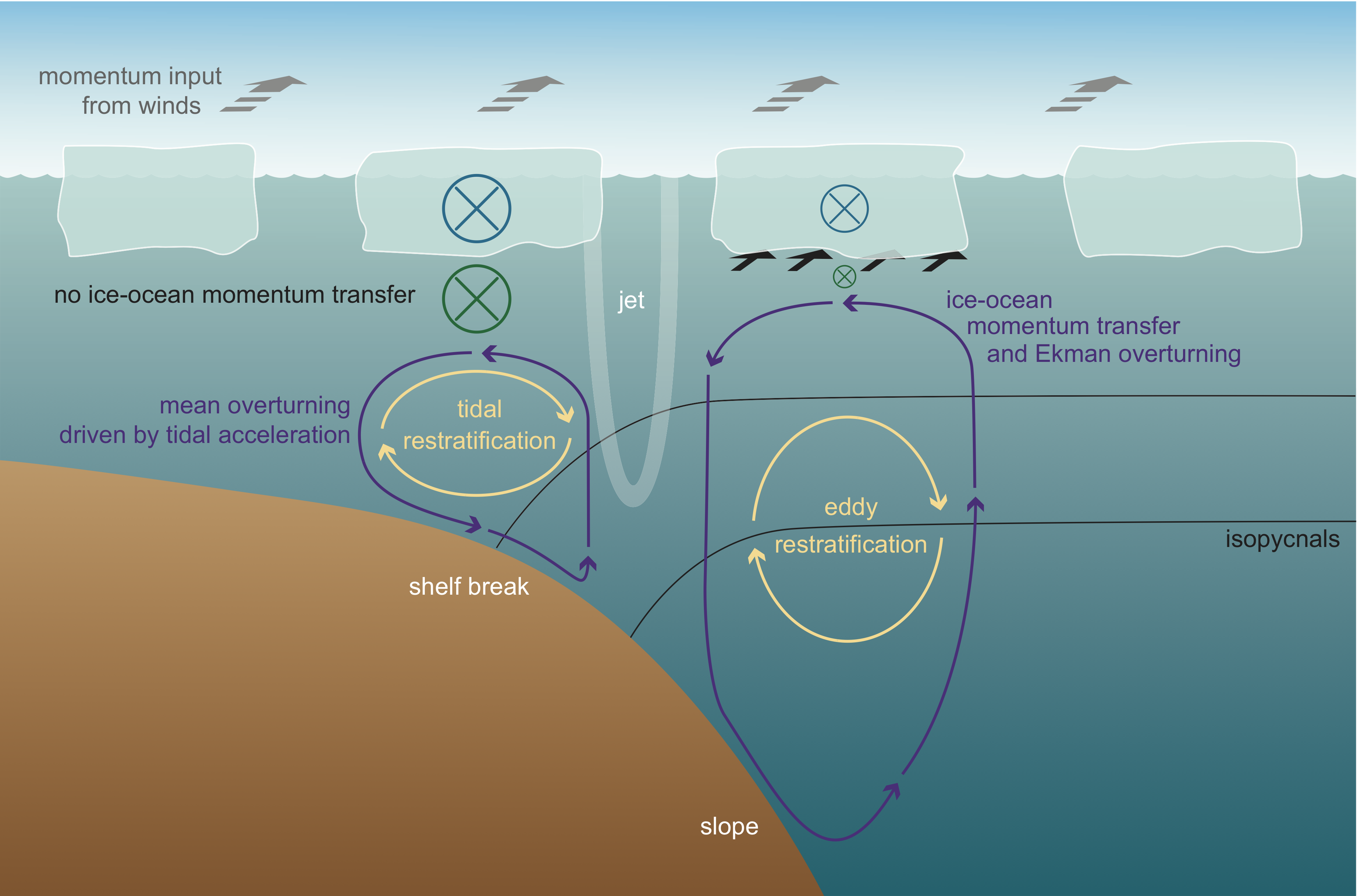 Back to: Mechanisms for Variability, Circulation, and Transformation of Water Masses in the Southern Ocean I