This study presents a regional high-resolution atmosphere-ocean coupled model with a realistic atmospheric component and a semi-idealized oceanic model of a zonal flow, designed for studies of the atmosphere-ocean interactions at the scales from 10 to several hundreds of kilometers. The atmospheric model consisted of two nested domains: the inner domain fully coupled with the ocean model, and the outer domain one-way coupled with the observed SST. Two 2-year simulations are discussed here: one in which the oceanic isopycnals are steep and ocean currents are strong (“Strong Currents” or SC) and another – with less steep isopycnals and weaker currents (“Weak Currents” or WC). Simulated mesoscale variability occurs on a wide range of spatial scales, and we distinguish large-mesoscale (hundreds of kilometers and shorter) and small-mesoscale (tens of kilometers and shorter) anomalies in these studies. 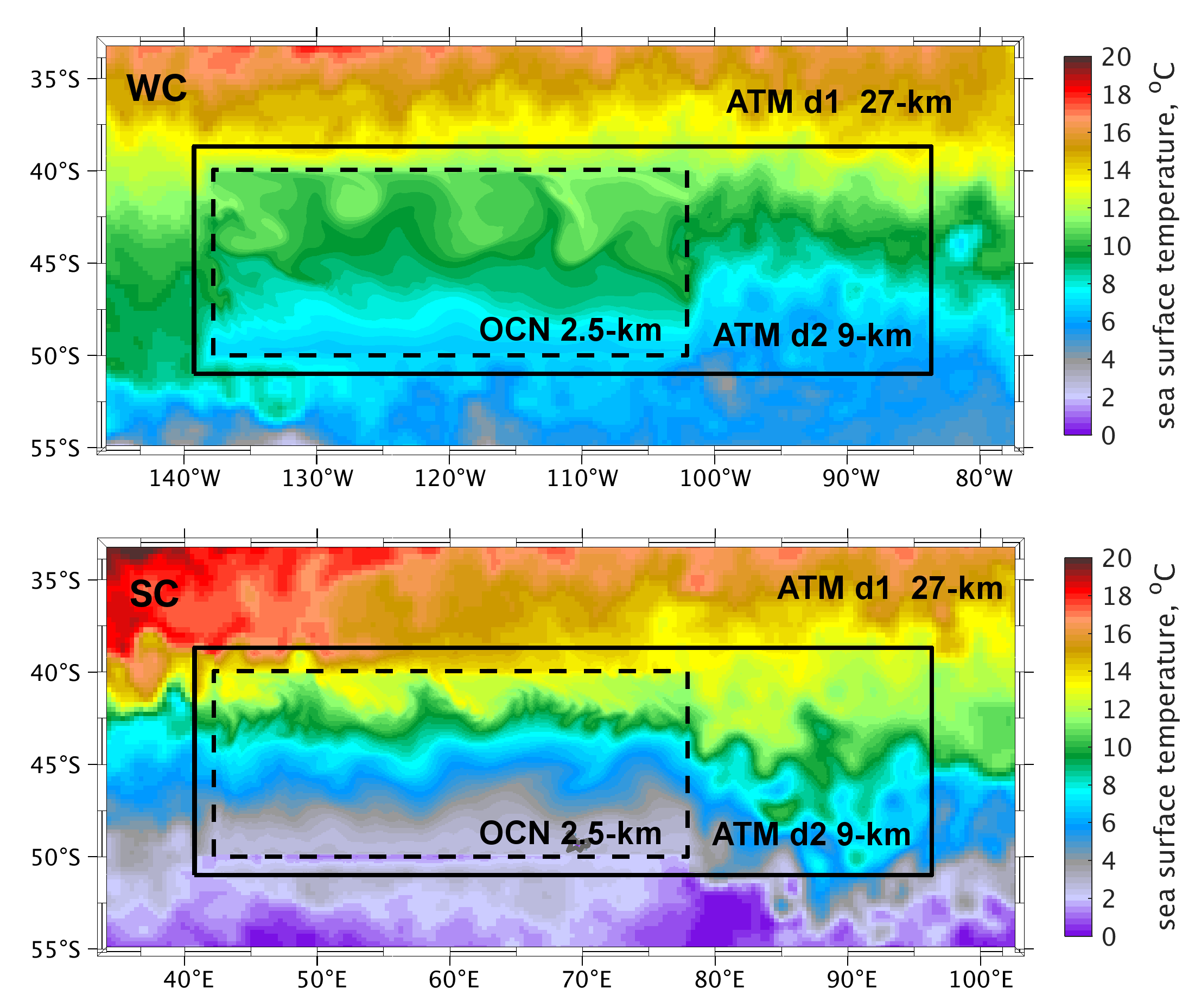 Back to: Mesoscale and Submesoscale Ocean-Atmosphere Interactions and Influence on Earth’s Climate II Posters