Design and Performance Benchmarking of the µFloat: a Buoyancy-actuated Float for Swarm Sensing in Coastal Waterways

Comprehensive mapping of water currents in energetic, coastal environments is challenging due to the combined forcing of tides, winds, waves, as well as the mixing of fresh and salt water, all of which vary in space and time. Drifting underwater floats (most notably Argo floats) have been used for decades to gather simultaneous, distributed data in the open ocean. However, their use in coastal systems remains undeveloped, due in part to the high cost and large size of available platforms.

We have developed the µFloat (“microFloat”), a low-cost (~$2000), compact, buoyancy-controlled platform for “swarm” sensing of water currents in coastal (< 100 m depth) environments. The µFloat enables distributed, Lagrangian measurements previously inaccessible to coastal researchers. The float’s buoyancy engine provides an 8% total volume change: it can transition from fresh water to salt water environments without re-ballasting. The design also permits the addition of external sensors, such as biogeochemical sensors, hydrophones, or cameras, that can collect in situ data concurrently with currents. Floats are equipped with acoustic modems that provide underwater localization using time-stamped messages from GPS-referenced surface buoys. The modems can also send short data streams or commands.

Here, we present the µFloat design and data from performance benchmarking of twenty floats deployed in both a quiescent environment and a tidal channel. Technological capacities are discussed in the context of potential science applications. A particular emphasis is placed on depth control and localization, as these are foundational to data quality. 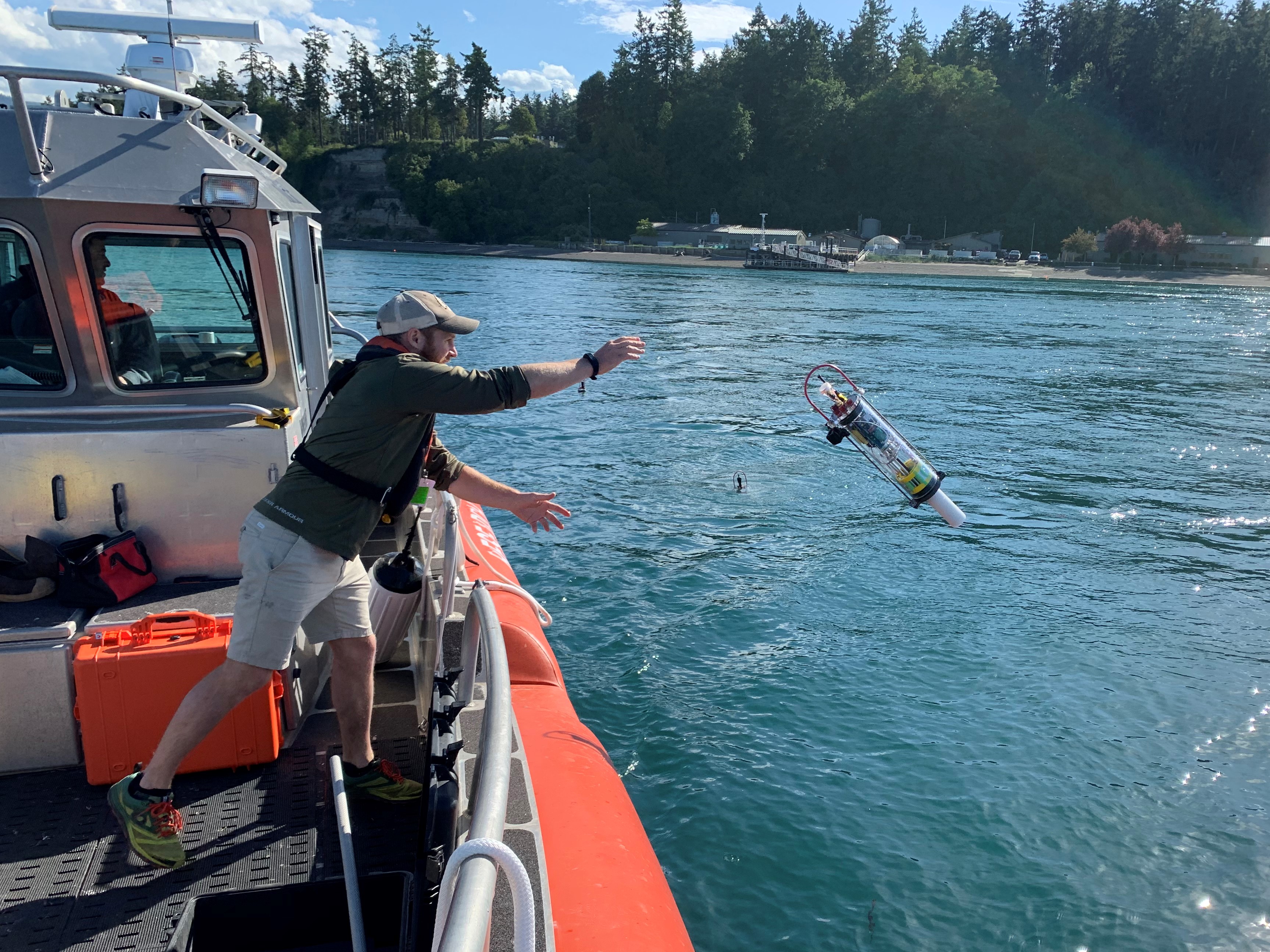 Back to: Innovation in in Situ Instrumentation, Sensors, and Observation Networks to Advance High-Resolution Data Collection and Biogeochemical Insight in Marine Ecosystems III