Semi-enclosed marginal seas like the Baltic Sea are often characterized by permanently anoxic deep layers, and may therefore serve as important model systems to study the causes and consequences of the predicted global expansion of oxygen minimum zones. Here, we focus on the role of lateral intrusions in maintaining the “hypoxic transition zone” (HTZ) of the Baltic Sea, which characterizes the quasi-permanent hypoxic region located between the oxygenized surface layer and the sulfidic deep-water region. Based on long-term deployments of an autonomous profiling system in the central Baltic Sea, we show that oxic mid-water intrusions are ubiquitous features, providing the most important oxygen source for the HTZ, and largely control the vertical and lateral extent of the hypoxic areas. An oxygen budget for the HTZ suggests that oxygen turnover in the HTZ is, to first order, determined by a long-term balance between sedimentary oxygen demand and oxygen import by intrusions. The downward mixing of oxygen into the HTZ is generally non-negligible but unlikely to provide a first-order contribution to the HTZ oxygen budget. On the long-term average, mid-water intrusions were shown to inject 30–60 Gmol of oxygen per year into the deep-water region below the permanent halocline. This is approximately one order of magnitude larger than the average amount of oxygen imported during the massive deep-water inflow events (Major Baltic Inflows) that occur on an approximately decadal time scale, highlighting the HTZ as a hotspot for biogeochemical turnover. 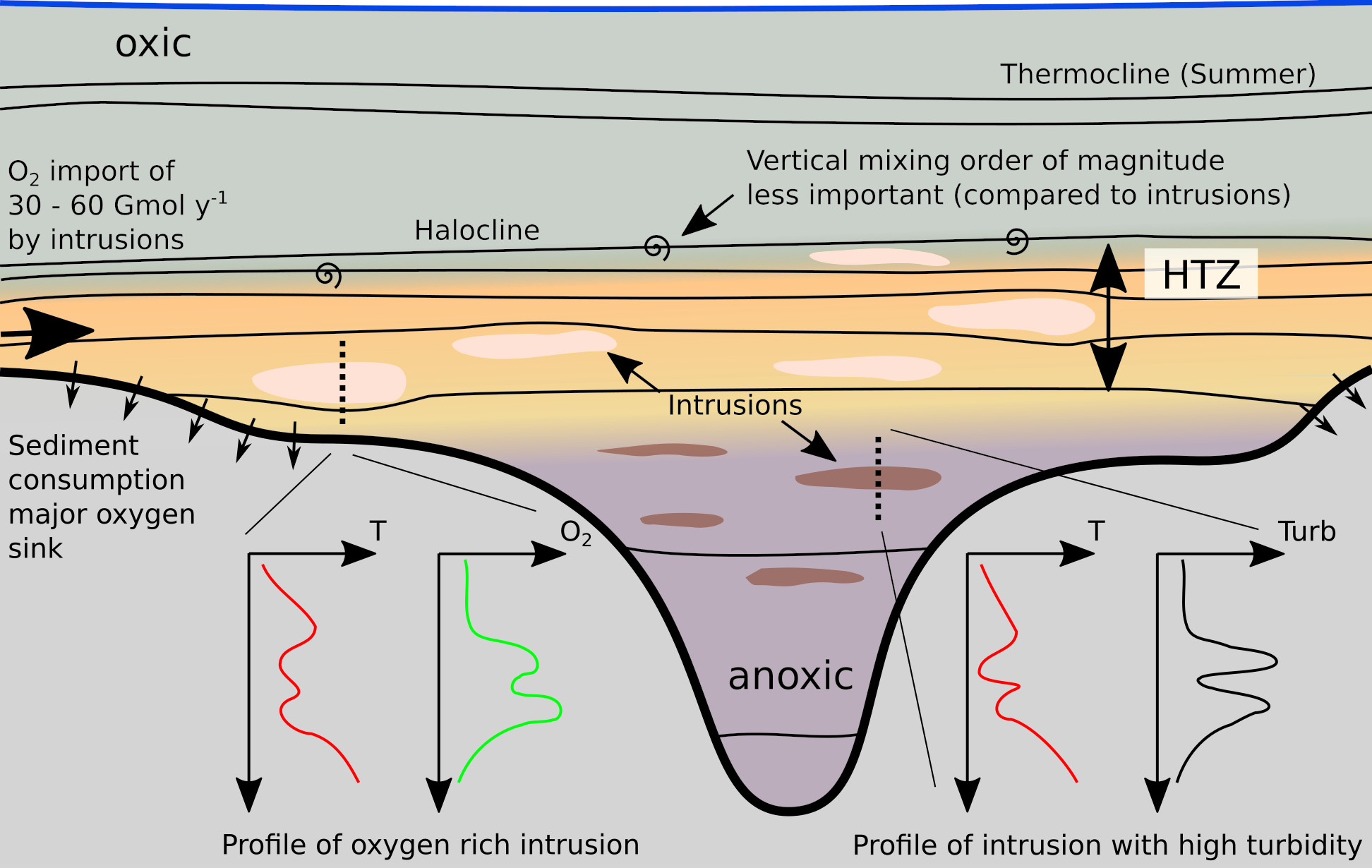