Morphological diversity increases with oligotrophy along a zooplankton time series

Biological diversity encompasses all the variations of life, from genes to ecosystems, and is typically described from a taxonomic, genetic, phylogenetic, or functional point of view. Here we describe the changes in morphological diversity of zooplankton along a coastal time series. Morphology is of course characteristic of taxa but also has functional consequences; size, for example, is often considered as a dominant functional trait for zooplankton. Using high-throughput imaging of weekly plankton samples, collected from 2009 to 2017 in the Mediterranean Sea, we automatically measured ~40 morphological traits on ~542,000 individuals. A reduced morphological space was defined through Principal Component Analysis and individuals were regrouped in 200 "morphs" through clustering in that space. In this morphological space, time series of indices of morphological richness, divergence, and evenness were computed using the same metrics as the ones usually defined for functional diversity. Size, circularity, and opacity were the characteristics of the organisms that varied the most along the series. The morphs were homogeneous in appearance and recognisable, but often comprised more than one taxon. All morphological diversity indices were lower in the spring. This seemed related to the dominance of copepods during this season, which are quite homogeneous in appearance. But this could also be caused by selective disadvantages of extreme (and specialised) morphological types in this relatively eutrophic time of the year. Over the nine years, morphological divergence increased significantly while overall plankton concentrations decreased; since 2001, surface waters became significantly warmer and more oligotrophic. Overall, this fits the theory that oligotrophy leads to niche specialisation which, here, translates into morphological divergence. 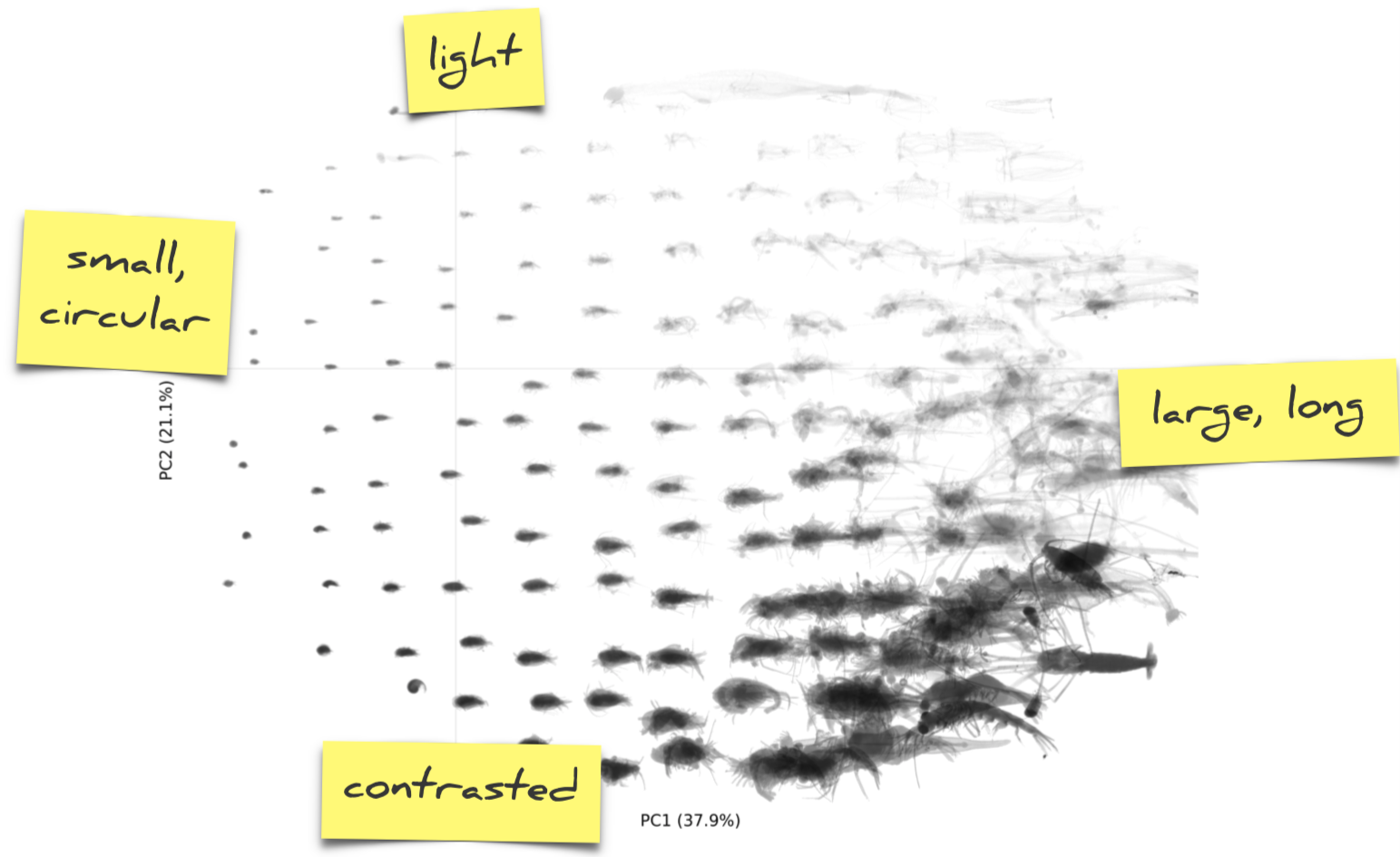 Back to: Moving Beyond Technology: How Quantitative Image-Based Methods Help Reveal Ocean Ecology I