We analyzed the hydrodynamics and sediment transport patterns in Barataria Bay, a bar-built estuary located in southern Louisiana. Two field surveys, each lasting 60 days, were conducted in the main inlet of the estuary during winter of 2016-2017 and spring of 2018, respectively. Suspended sediment concentration was strongly season-dependent with higher concentrations over the spring season. The mechanisms controlling sediment dynamics also varied with season. During winter, suspended sediment concentration was largely due to wind–wave resuspension in the estuary and subsequent transport on ebb tides, whereas during the spring increased discharge of the Mississippi River around Bird’s Foot Delta caused mixing of sediments with shelf water and subsequent entrainment of turbid water into Louisiana Coastal Current and transport into the bay. This mechanism is further supported by satellite imagery and evidence of freshwater intrusion observed in salinity data. During winter, a diurnal pattern was observed in suspended sediment concentrations with the highest concentrations coinciding with the ebb tides. In contrast, sediment spectra from spring deployment showed little coherence on diurnal time scales, likely due to the effect of other factors such as Mississippi River discharge in lower frequencies and mixing with shelf waters. 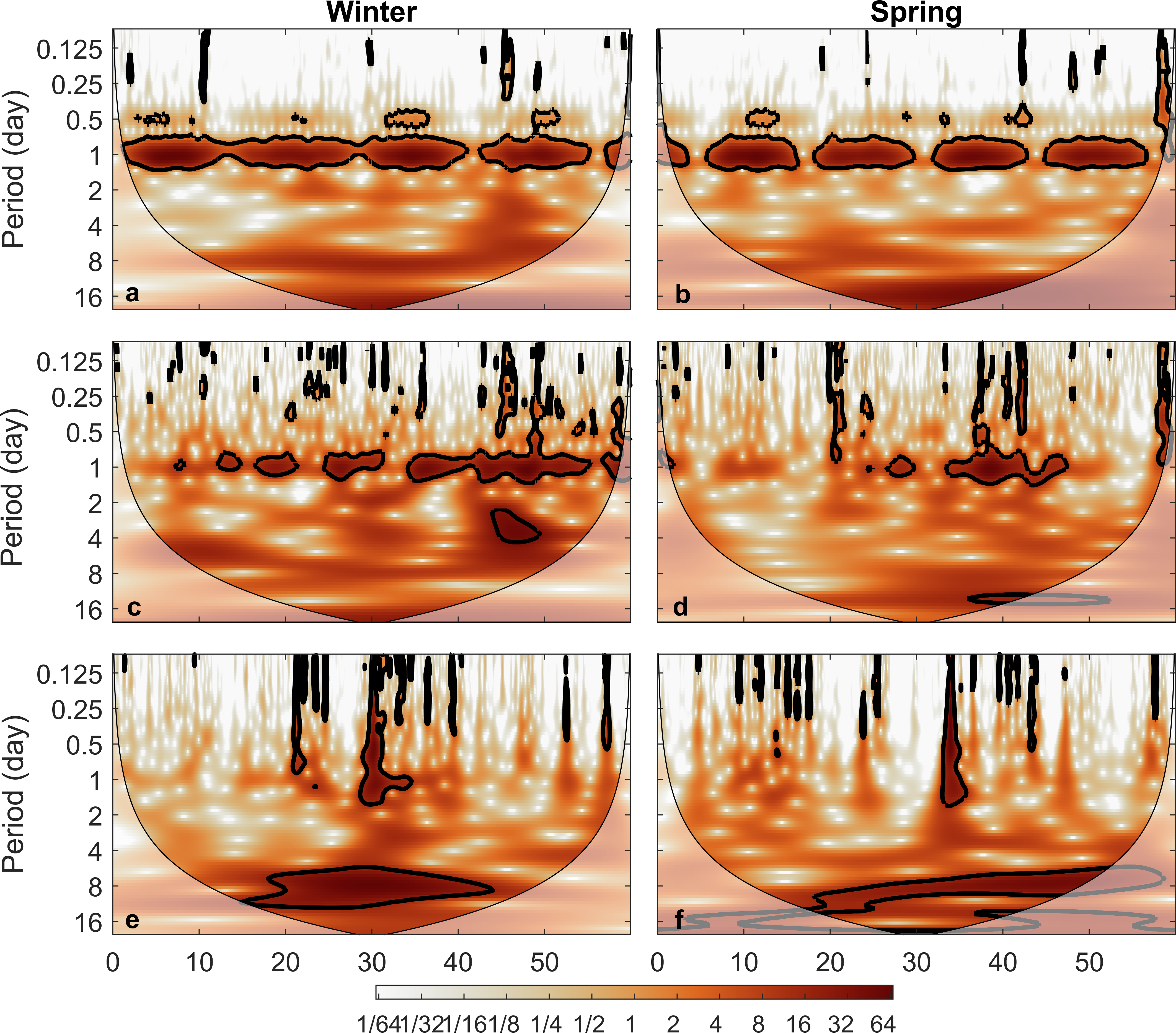 Back to: Sediment Delivery, Transport, and Deposition in Marine and Lacustrine Environments IV Posters