In order to drive community-wide changes in ocean science understanding and engagement, we need to reach a broad community. Regional TV programming provides a platform for diverse audiences to learn about ocean science concepts and research happening in their area. In terms of reach, TV remains the most used media platform nationally (Nielsen, 2019), and within Hawai‘i, TV is considered the most reliable source of information about important issues (65%) facing residents and their communities—similar to newspaper (61%) and far outdistancing second-tier responses such as social media (26%), radio (19%) and word-of-mouth (15%; Ward Research, 2014). Through Voice of the Sea, we are using TV (as well as online platforms) to share relatively long-format stories on complex ocean science topics with the Pacific community. The TV stations airing Voice of the Sea are accessible to 90% of the 1.8 million regional population, and station surveys indicate an average of 30,000 viewers tune in weekly to watch Voice of the Sea. Surveys further show that the Voice of the Sea TV viewing audience in Hawai‘i is made up of 55% home-owners, is primarily female (75%), is mostly non-college educated (75%), and has lived in Hawai‘i for more than 16 years (95%; Marshall Marketing, 2017). Previous results suggest that viewers demonstrate significant gains in content knowledge, interest, and self-perceived understanding across episodes and audiences (N=650, p<0.000). In this presentation, we share results of viewer surveys as well as focus group studies where viewers share their reactions to depth of content, number of topics covered, pacing, and number of experts profiled in a 30-minute episode. Viewer surveys further suggest that approximately 25% of the series’ audience plans to engage in suggested actions. These findings support the use of TV in helping viewers expand their perception of how and by whom ocean research is conducted. 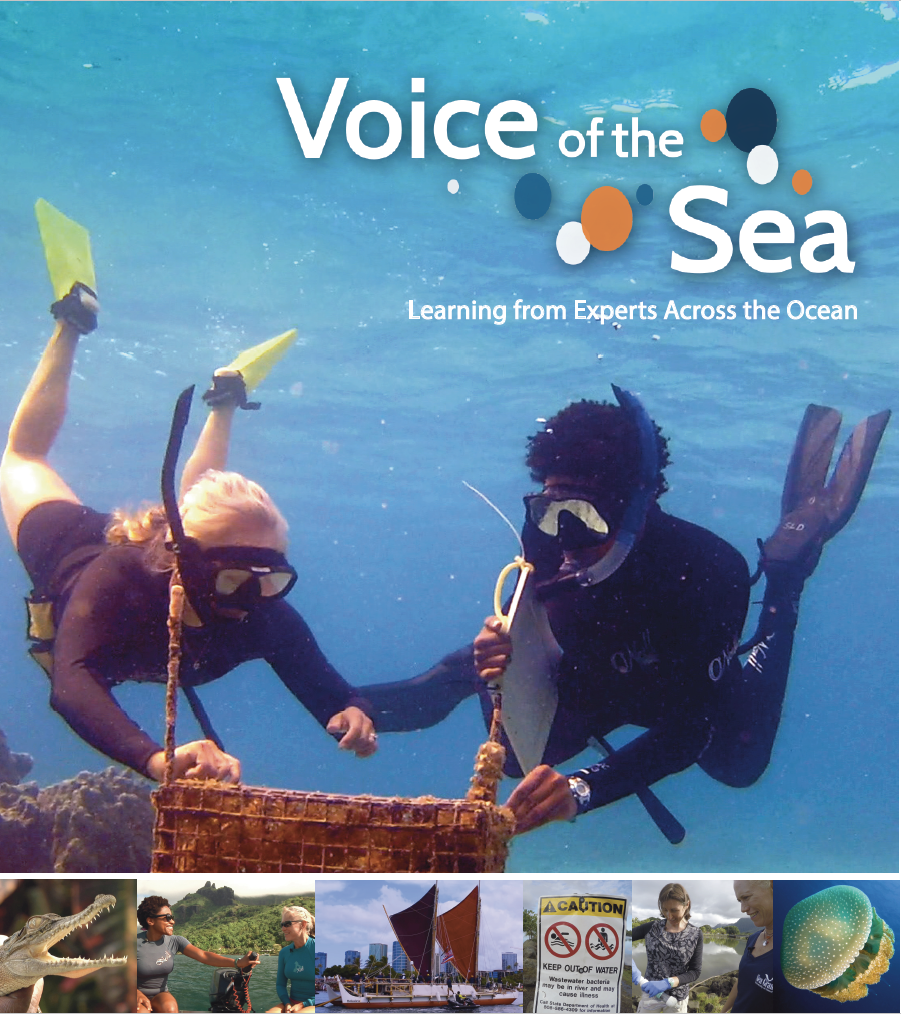 Back to: Imagining Ocean Science: Education and Outreach Using Visualization, Storytelling, and the Arts III Posters