Bridging the euphotic zone depth between optics and biology

Key Points: a) Ic corresponds to ~ 0.94% of surface USR and ~ 0.52% of surface PAR, respectively. b) The compensation depths are always deeper than Z1%PAR and shallower than Z1%490, but quite comparable with Z1%USR in SCS and North Atlantic. c) As a rule of thumb, the 1%-USR depth is more appropriate in representing the compensation depth and determining the base of the euphotic zone than the 1%-PAR convention, at least for the waters under study.

Abstract: There have been debates in the past few decades that the conventional optically determined euphotic zone depth (Zeu, a depth of 1% surface PAR (Z1%PAR)) appeared not matching the compensation depth (Zc, ~ 40 – 140 m), i.e., the euphotic zone of biological significance. In this study, based on measured profiles of solar radiation and primary production in the South China Sea (SCS) and the North Atlantic, the compensation depth was used to evaluate the profiles of PAR and the usable solar radiation (USR) (Lee et al. 2014). It was found that at Zc the light intensity is generally 0.52% (± 0.13%) of surface PAR, while it is generally 0.94% (± 0.17%) of surface USR, and much more stable than the ratio of PAR. These results indicate that Z1%PAR is too shallow (~19.5% shallower) to represent the base of the euphotic zone where phytoplankton photosynthesis exist, at least for the waters under study. More interestingly the depth of 1% surface USR (Z1%USR) appeared closely matching Zc (~3% difference on average). These results suggest that Z1%USR is a promising optical parameter to bridge the euphotic zone depth between optics and biology, at least for tropical-subtropical waters. 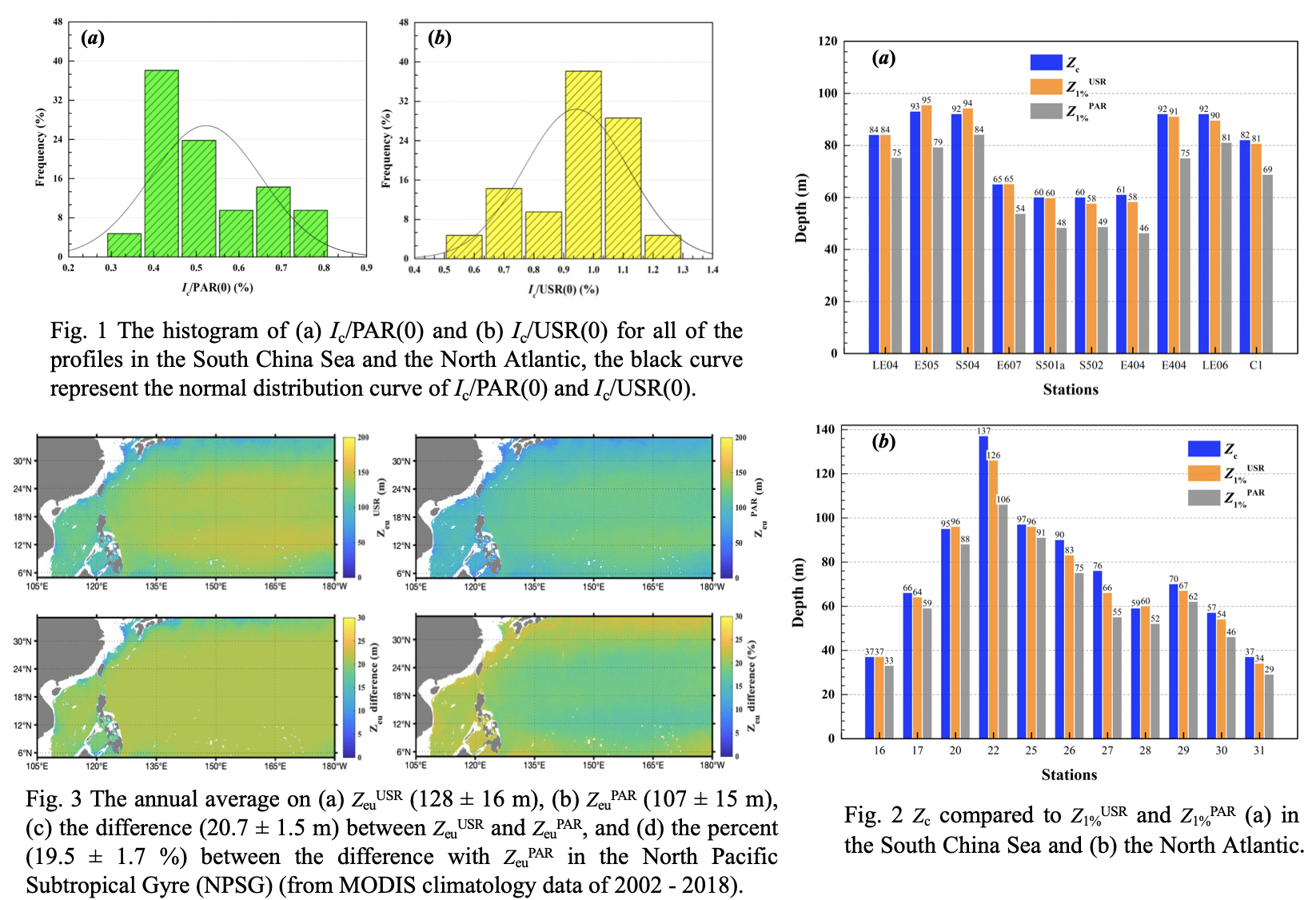 Back to: From the Twilight Zone to the Troposphere: Ocean Optics Applications to Biogeochemical Cycling in and Through the Surface Ocean II Posters