The eﬀectiveness of meltwater-induced buoyant convection in melting and transporting heat to the glacier interface may be aﬀected by release of air trapped in the ice. As glacier ice melts, air trapped in pores inside the ice may be over-pressurized due to compression of the ice as it moved through the glacier. The air pressure within glacial ice near the terminus is typically sustained between 5 and 20 bar due to the nonlinearity of ice viscosity that slows relaxation to atmospheric pressure. Given that water pressure increases1 bar for every 10 m depth, air injected into the sea water can be over-pressurized by 5-20 times such that air explodes out of the glacier face, creating sound and potentially creating ﬂow transpiration at the boundary (ﬂow suction or blowing like an air hockey table). Flow transpiration is shown to inject transverse momentum into the boundary layer and can cause ﬂow separation, which increases the mixing of momentum and heat. A table-top investigation tested three different types of ice- bubble free ice, grocery store block ice, and glacier ice. Results suggest that trapped air within ice contribute to non-laminar boundary-layer development on near-vertical ice faces as air is injected into the salt water from the ice face. Air injections from the ice face into the water increase mixing across the boundary layer as measured by increased turbulent kinetic energy and the shape of velocity profile. Bubble injection could aﬀect the choice of the transfer coeﬃcients, drag coeﬃcients, and the functional form to be used in the melt parameterization for tide water glaciers. 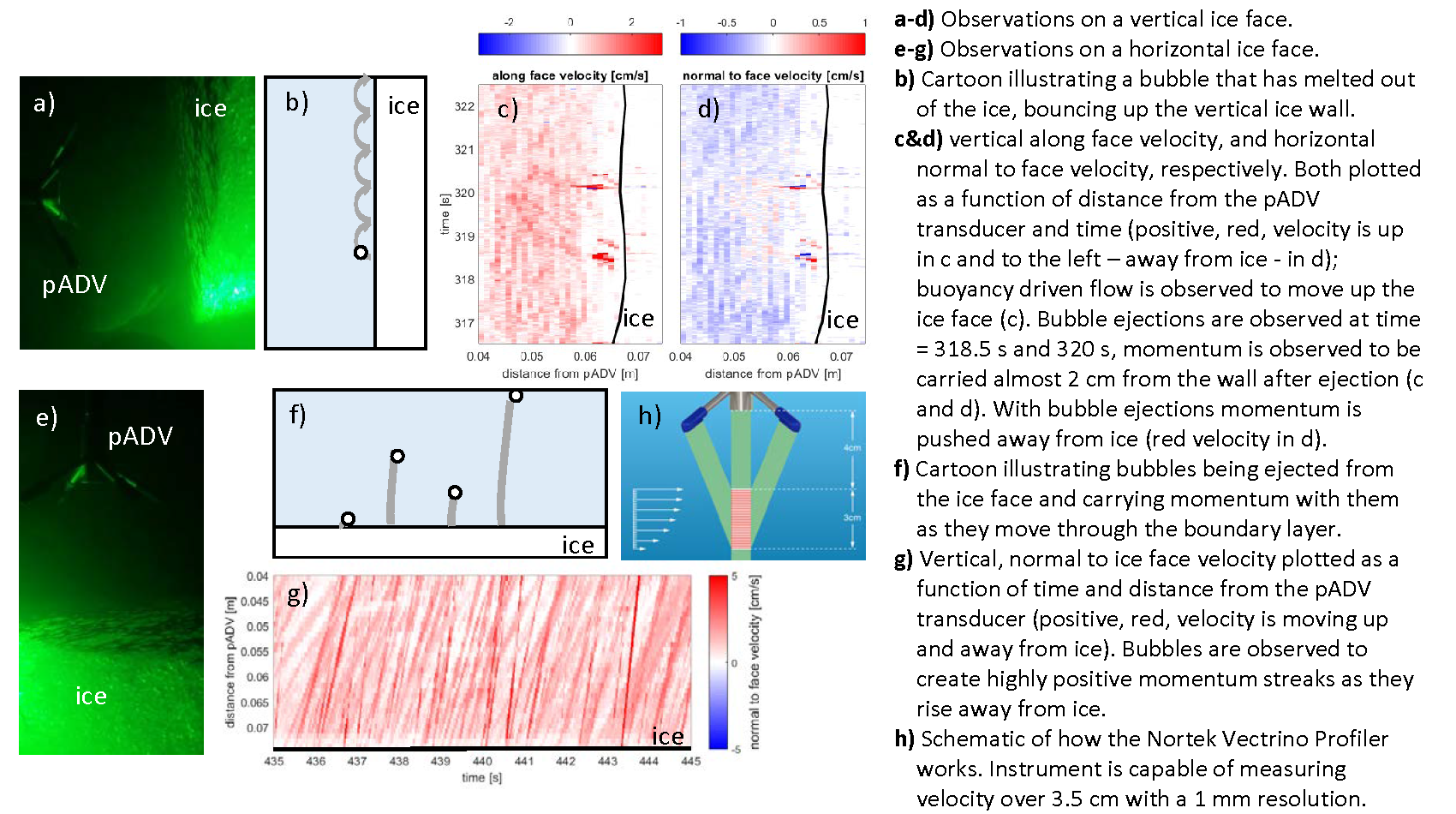 Back to: Moving Beyond Melt: The Impact of Melting Glaciers, Icebergs, and Sea Ice on Ocean Environments I