The Beaufort Sea is populated with predominantly anticyclonic eddies that transport Pacific water from the shelf to the gyre interior, where they are an important part of the freshwater balance. One injection site for these eddies lies offshore and to the east of Barrow Canyon, an area that was intensively sampled in September 2018 during the ONR-sponsored Stratified Ocean Dynamics of the Arctic (SODA) cruise. Here we present the evolution of the shelfbreak jet and the formation of a cyclonic surface eddy in one month of satellite imagery collected during SODA using both optical and synthetic aperture radar (SAR) sensors. The challenges of tasking commercial SAR systems to provide high-resolution surface observations in support of adaptive ship-based sampling of a dynamic feature are briefly discussed. We present novel ways to combine surface imagery with subsurface data for enhanced visualization of complicated 3D spatial fields, and use examples to speculate on the relationship between cyclonic circulation observed at the surface and anticyclonic circulation observed below. 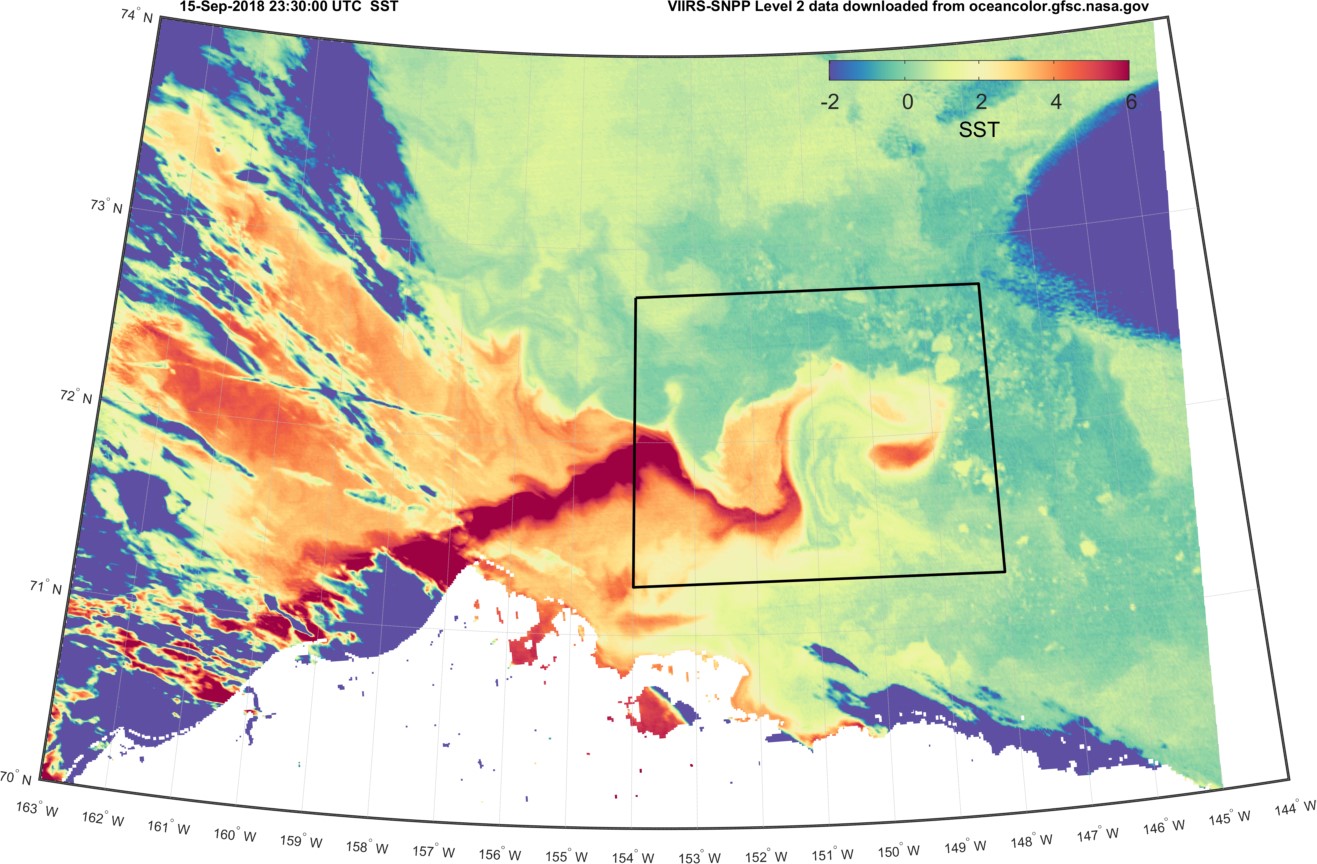 Back to: The Changing Thermohaline Structure of the Arctic Ocean: Mechanisms and Impacts I