As human access to most of the ocean is very limited, cameras essentially carry out the role of eyes, having the potential to reveal new information about the ocean that is currently unknown.

Nevertheless, currently, the benefit of optical information in the ocean is suboptimal because of limited visibility and distorted appearance. To address this issue, we divide this challenge into two problems. First, the short visibility range is limiting the imaging scale as cameras have to image from a close range. In addition, it limits the use of cameras for obstacle avoidance and path-planning resulting to depend on acoustic sensors that provide much coarser data. To tackle this, we developed an algorithm that is focused on increasing the visibility range (a two-fold increase), recovering objects that were not initially visible. This enables wider and further-scale imaging, as well as increasing the efficiency of visual surveys and their use.

Second, robust recovery of lost colors in underwater images remains a challenging problem. We recently showed that this was partly due to the prevalent use of an atmospheric image formation model for underwater images and proposed a physically accurate model. We developed a method that recovers color with our revised model using RGBD images and show that our method outperforms existing ones. 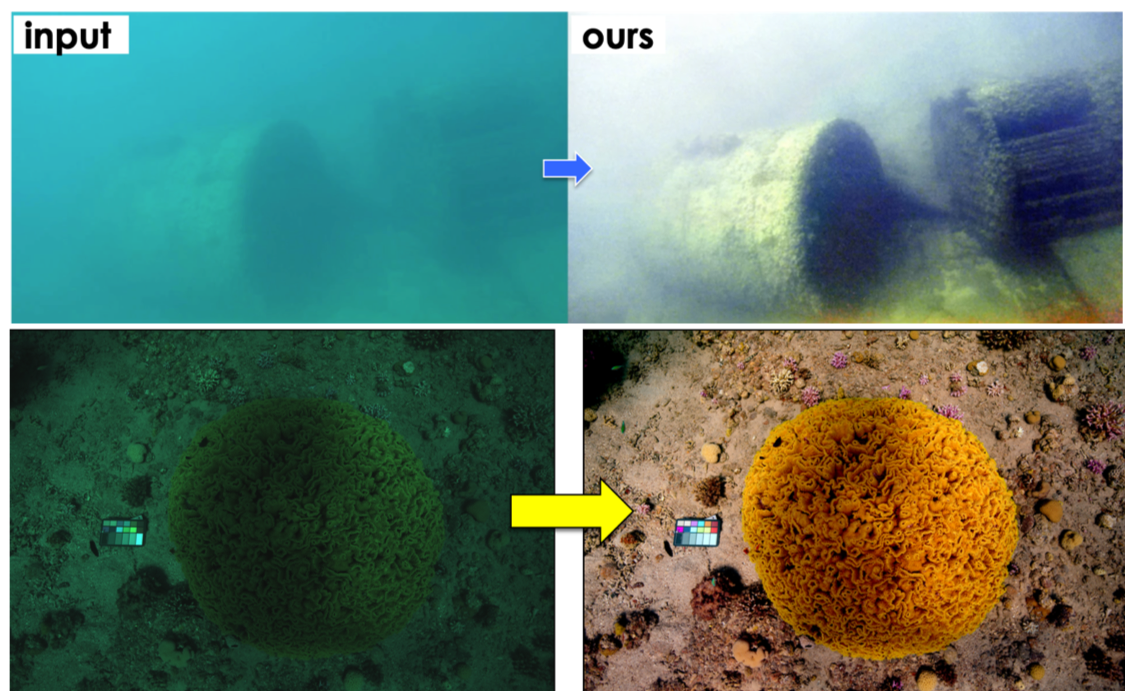 Back to: Advancing Technologies for the Future of Deep-Ocean Exploration I