Reaching consensus for conserving the global commons: The case of the Ross Sea, Antarctica

In October 2016, the international community made history by adopting the world’s largest marine protected area (MPA) in the Ross Sea, Antarctica – by consensus. Achieving this feat required trade-offs and compromise between the 24-Member States (plus the European Union) comprising the Commission for the Conservation of Antarctic Marine Living Resources (CCAMLR). The process took five years of intense international negotiations and more than 10 years of scientific planning. Based on interviews with national delegations and other stakeholders, five years of participatory observation of Commission meetings (2012-2016), and analysis of hundreds of documents, we present unique insights that explain the conditions that stalled or facilitated the adoption of the Ross Sea MPA. These included economic interests, geopolitics, an erosion of trust, high-level diplomacy, and the compromises that were ultimately necessary. We reflect on lessons learned as the world considers how to achieve future large-scale conservation successes in the global commons. 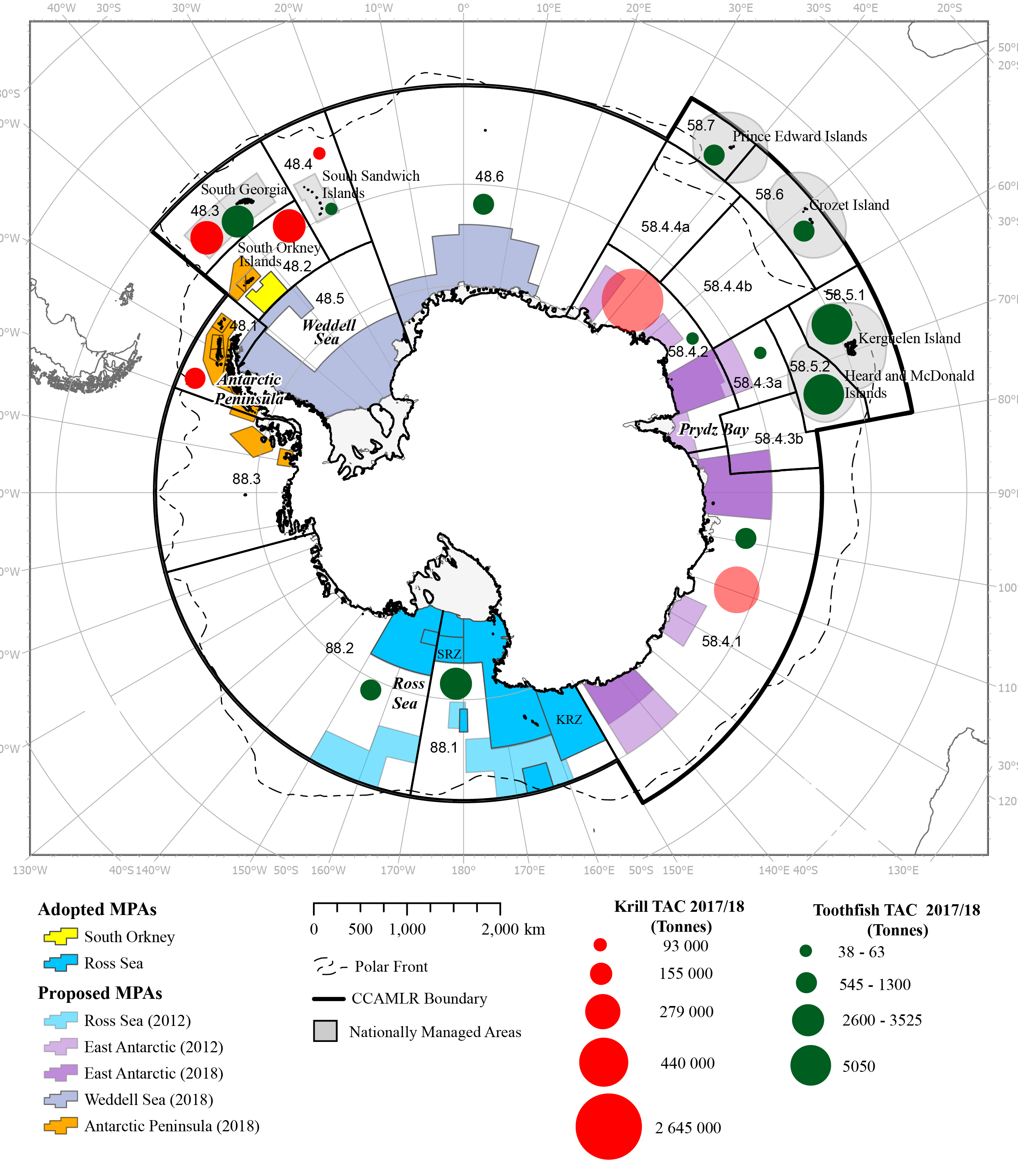