Here we demonstrate an innovative IR-based technique to remotely and simultaneously measure SSTskin and SSTsubskin through the combination of a calibrated IR radiometer system and an IR camera. This technique has the potential to greatly increase the number and coverage of skin and subskin temperature measurements, resulting in improvements to models for the cool skin and near surface temperature stratification that will enhance topical oceanographic research and satellite SST algorithm development, as well as address current civilian and Navy operational priorities.

The thermal boundary layer, or skin layer, at the ocean surface is continually and randomly renewed by subsurface turbulence. Thus the temperature right at the surface exhibits a spatial and temporal distribution, the mean of which is the skin temperature. IR sensors effectively measure the skin temperature because their optical depth is 10 microns, two orders of magnitude less than the O(1mm) boundary layer thickness. Although IR cameras are generally uncalibrated, they provide an accurate distribution of skin temperature variability. Laboratory results have shown that Tsubskin (the temperature immediately below the skin layer) corresponds to the maximum value in the probability distribution p(Tskin) from an IR image. This result implies that the temperature difference across the skin layer can be measured from the distribution given by an IR image. Furthermore, Tsubskin, which is the right-most tail of the distribution, can be inferred by calibrating p(Tskin) with Tskin. Since the combination of calibrated up- and down-looking radiometers can provide a measure of SSTskin in the field, simultaneously measuring the distribution of SSTskin with an IR camera will provide a measurement of SSTsubskin.

Results are presented from the 2016 SPUR-2 cruise to the tropical Pacific (see Fig. 1). We will also examine data from a high wind regime taken in the Gulf of Alaska in the winter. 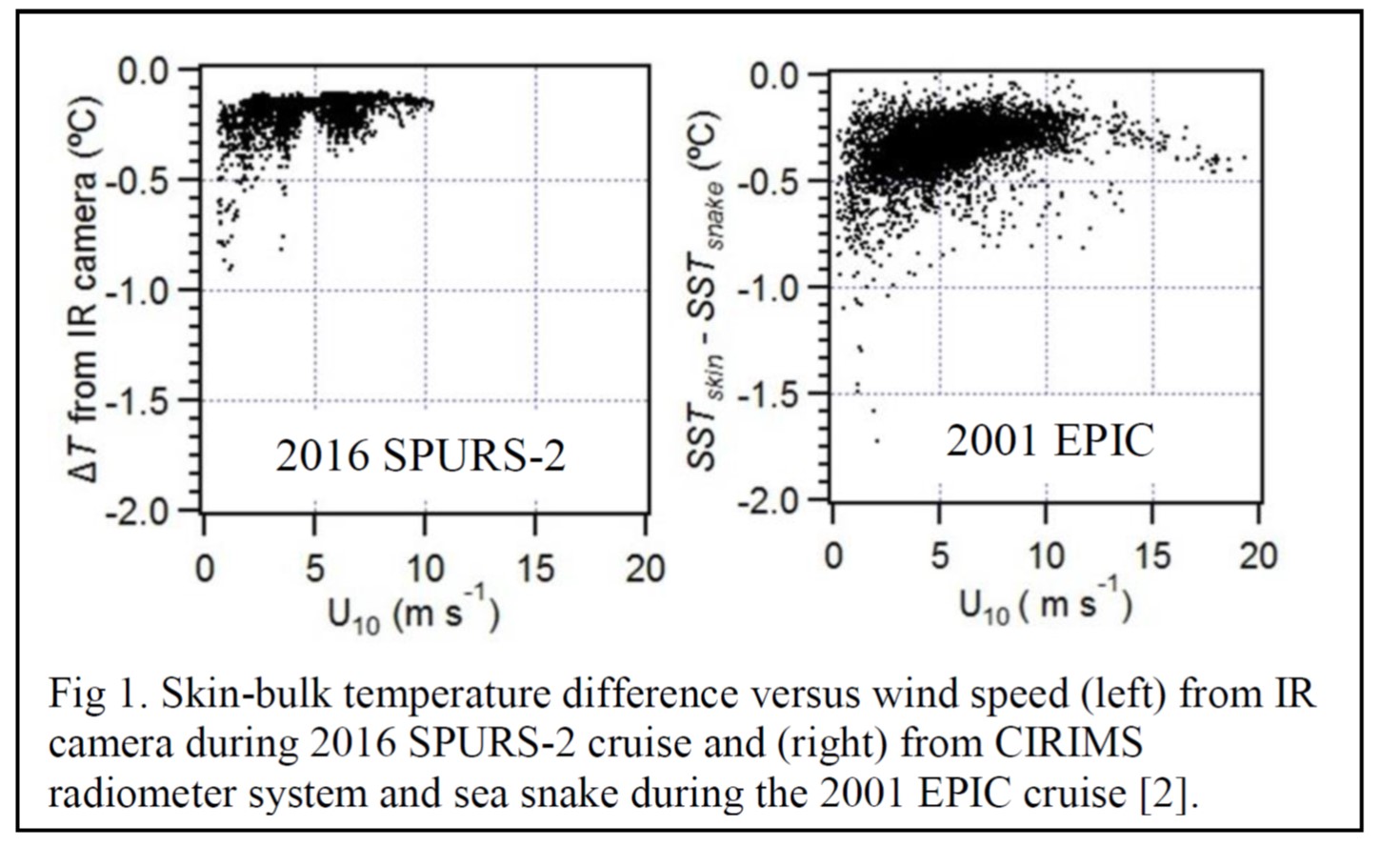 Back to: Fluxes and Physical Processes Near the Air-Sea Interface: Observations and Modeling (Cosponsored by the AMS Committee on Air-Sea Interaction) IV