Since the success of the Coastal Zone Color Scanner (CZCS) established the viability of satellite ocean color remote sensing, sensors such as SeaWiFS, MODIS, MERIS, and VIIRS have provided a continuing record of global coverage, high quality, ocean color data that has enabled remarkable scientific advances in fields ranging from fisheries, harmful algal blooms, climate and global carbon cycling, to sediment transport. Measurements of in-water absorption and backscattering with coincident in situ and satellite-measured radiometry are key to refining and calibrating legacy ocean color algorithms, as well as development of next generation (e.g., NASA PACE) hyperspectral ocean color products such as phytoplankton functional type. Currently, commercial instruments exist for in situ measurement of hyperspectral radiometry and absorption coefficient, while measuring backscattering with a single instrument has been limited to multispectral.

We have developed a new hyperspectral backscattering sensor using a broadband white LED source, linear variable filters (LVF) as bandpass elements in transmit and receive optics, and a sensitive photodetector. Total spectral range covered is approximately 420-700 nm, limited by LED at the low end and LVF at the upper end. The LVFs for transmit and receive sections are mounted on the same translation stage to move in tandem to select only elastic scattering. Like other commercially available backscattering sensors, a beam is projected at an angle into the water and backwards-scattered light is measured by a limited field of view detector, giving the scattering response at some angle which can be empirically related to the backscattering coefficient. Plaque reflectance measurements as a function of distance are used to calibrate the instrument response. Here, we present details of the instrument, results of characterization and calibration studies, and a first field test of the instrument. 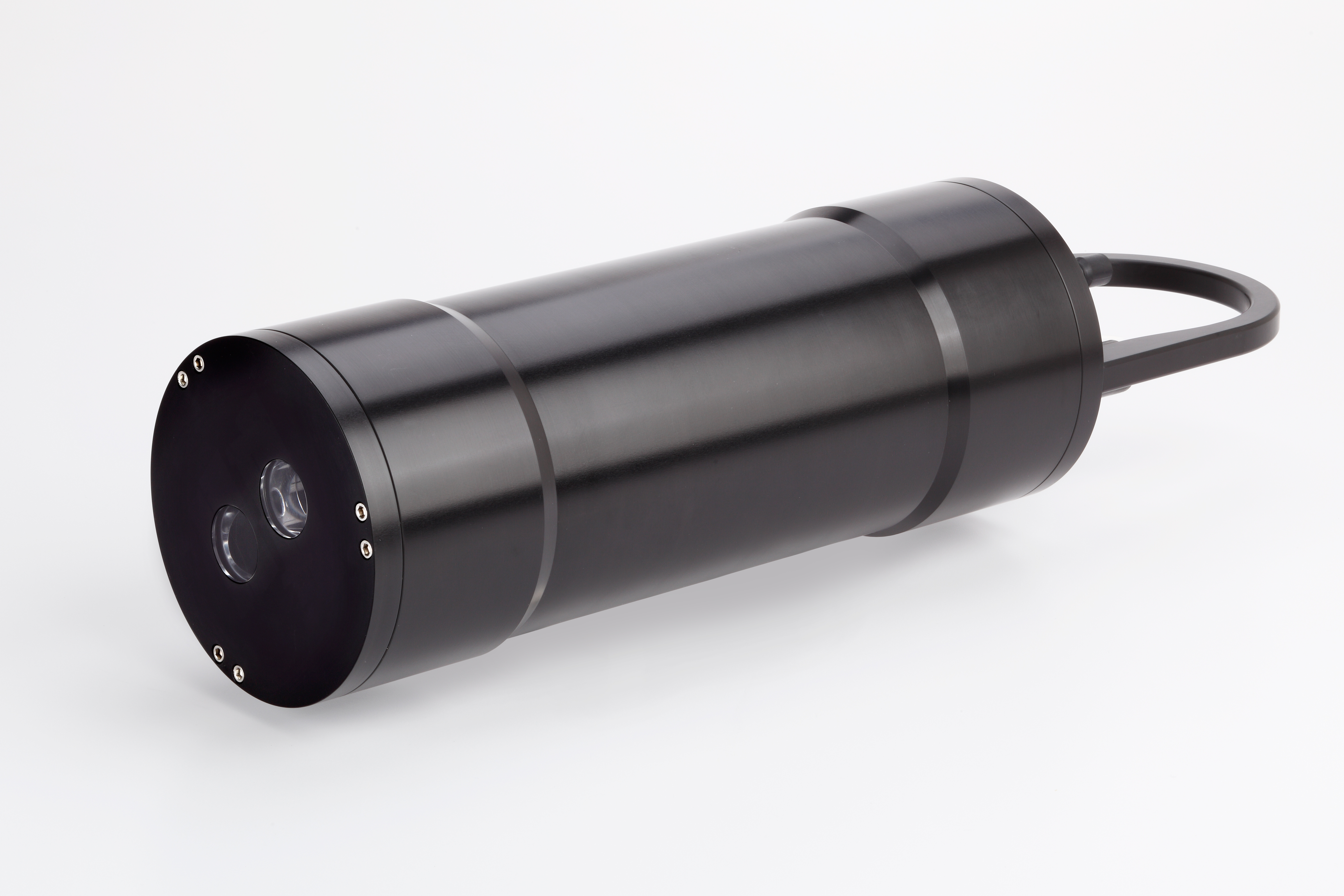 Back to: Emerging Ocean Technologies: A Snapchat of New Sensors and Observing Platforms II Posters