Water Mass Transformation in θ/S Coordinates: an Illustration in the Southern Ocean

The Southern Ocean encompasses major pathways from the surface to the interior, pathways which are related to the formation of water masses. The stark potential temperature-salinity contrast in the Southern Ocean delineates the cold, fresh surface layer with the warm, salty water masses which lie beneath. These water masses are often studied using the water mass transformation framework, in which surface fluxes of freshwater and heat are used to compute the rate that one water mass is transformed into another. This framework can be used to study vertical motion in the ocean since the convergence of the transformation rate, the formation rate, is used to understand which surface fluxes are related to the formation of the subsurface water masses. However, these transformation and formation rates are often computed as a function of density, and density alone cannot be used to distinguish water masses because waters of different compositions can have the same density. We review prior studies and demonstrate how their use of density conflates surface waters with subsurface water masses. To reconcile this problem, we use the Southern Ocean State Estimate to illustrate a pair of complimentary techniques for understanding water mass formation: computing formation as a function of potential temperature and salinity, rather than density, and comparing these results to a census of the Southern Ocean water masses. This hybrid approach allows us to accurately infer which surface fluxes are related to water mass formation. The inferences from this approach suggest that conclusions from prior studies should be reevaluated. We find that Circumpolar Deep Water is usually insulated from the sea surface and is thus not typically transformed by surface fluxes into upper and lower branches, as is commonly believed. We also demonstrate that Subantarctic Mode Water and Antarctic Intermediate Water are formed by density gain in the vicinity of the Subantarctic Front. 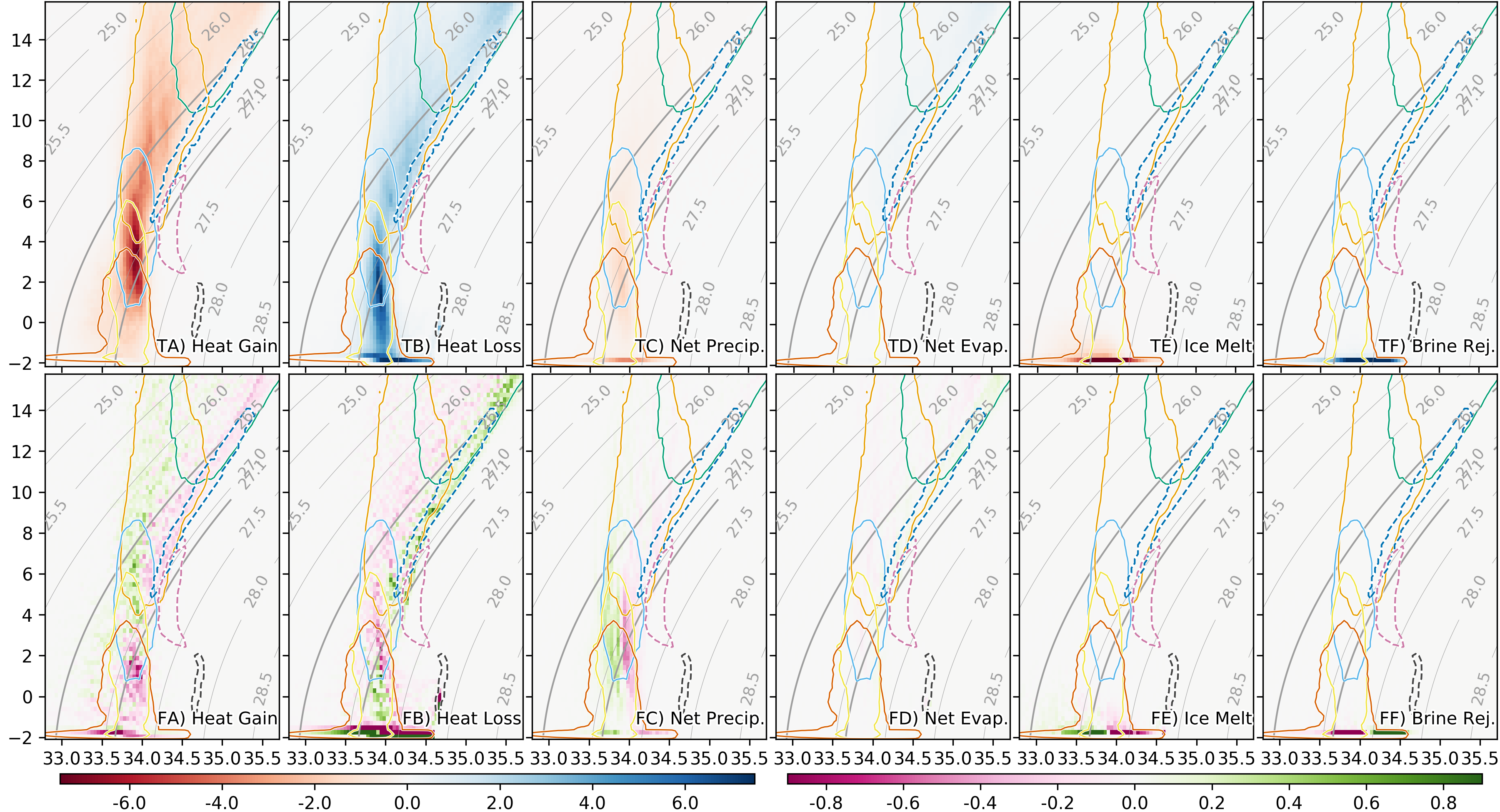 Back to: Vertical Transport: Pathways from the Surface to the Interior IV Posters