The search for petroleum is increasingly focused on frontier basins, where there is little available subsurface information and exploration risk is high. In addition, these regions have often undergone tectonic activity, leading to complex structures. Acquiring seismic is time consuming and expensive, especially in remote areas, so having reliable information to target seismic line locations becomes critical. Potential field data is often useful in this situation, and can be used to target locations for acquiring seismic data, as well as to assist in the processing and interpretation of seismic data.

Results of the airborne survey are excellent, and the potential field data correlate closely with the basin boundaries and other mapped structural features (Figure 1). The gravity and magnetic data were used along with surface geology to delimit the edges of the sedimentary basin and identify areas likely to result in inherently chaotic seismic data. The potential field data were also used to map areas where higher velocity material has been thrust over the lower velocity sediments, resulting in low velocity seismic zones. Conversely, the data were also used to indicate where lower velocity material is at the surface, in which case seismic imaging issues in these areas are likely the result of structural complexity rather than velocity inversions. Through an iterative analysis of the potential field and seismic data, the structural model was re-evaluated, resulting in the generation of a suite of exploration prospects. 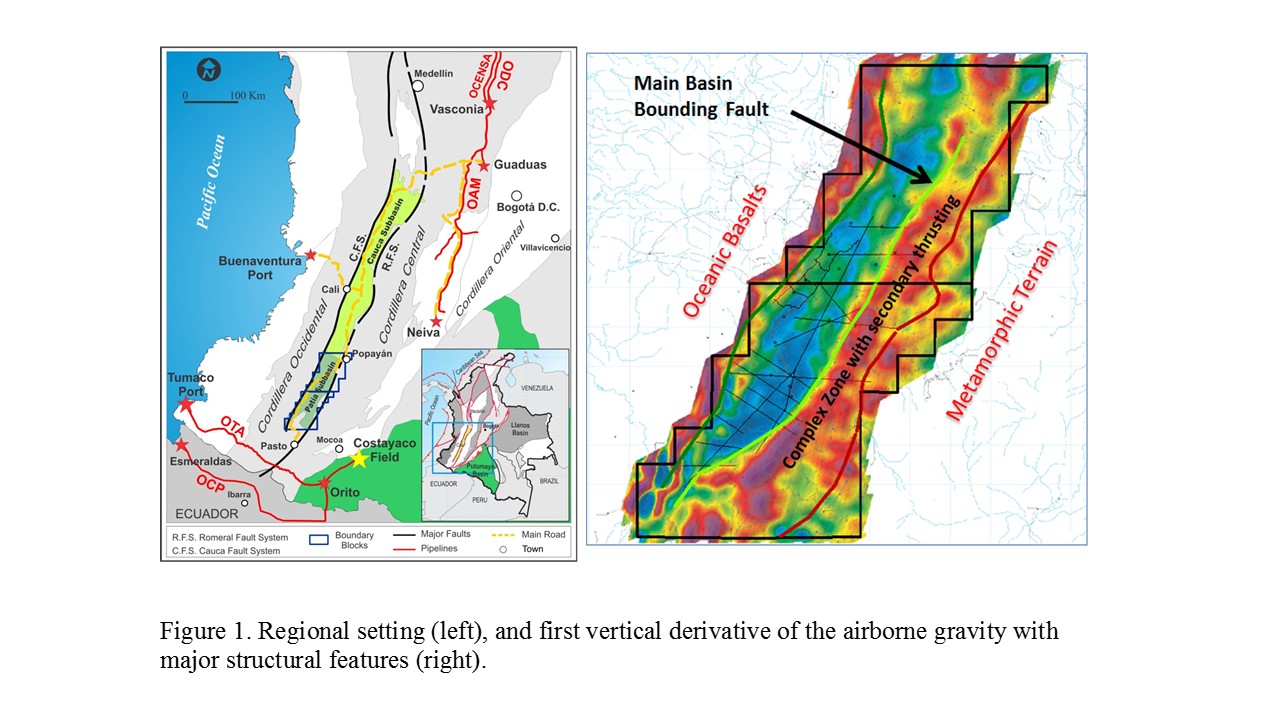