We estimate the spatial distribution of daily SWE over the Sierra Nevada by blending a MODIS-based SWE reconstruction with California Cooperative Snow Survey in situ snow sensor observations. We validate the method with 17 extensive snow surveys at six locations with spatial sampling, and with the operational snow sensor networks. We also compare the method with NOAA’s operational Snow Data Assimilation System (SNODAS). Mean bias of the blended SWE product compared to the snow surveys is 0.001 m compared to a bias of −0.181 m using SNODAS. Corresponding root-mean-square errors are 0.205 m and 0.254 m, respectively. Using the blended method, SWE anomalies for the drought years of 2012 – 2014 were 60, 33, and 18% of the 2000 – 2012 average, respectively. The persistence of these dry conditions is unprecedented in the observational record. The products outlined herein have relevance for improved water supply forecasting under drought conditions. For the 20 major river basins of the Sierra Nevada, mean correlation with streamflow with the blended SWE estimates is generally better than with snow sensor, and SNODAS SWE late in the snowmelt season when snow sensors report zero SWE but snow remains in the higher elevations. 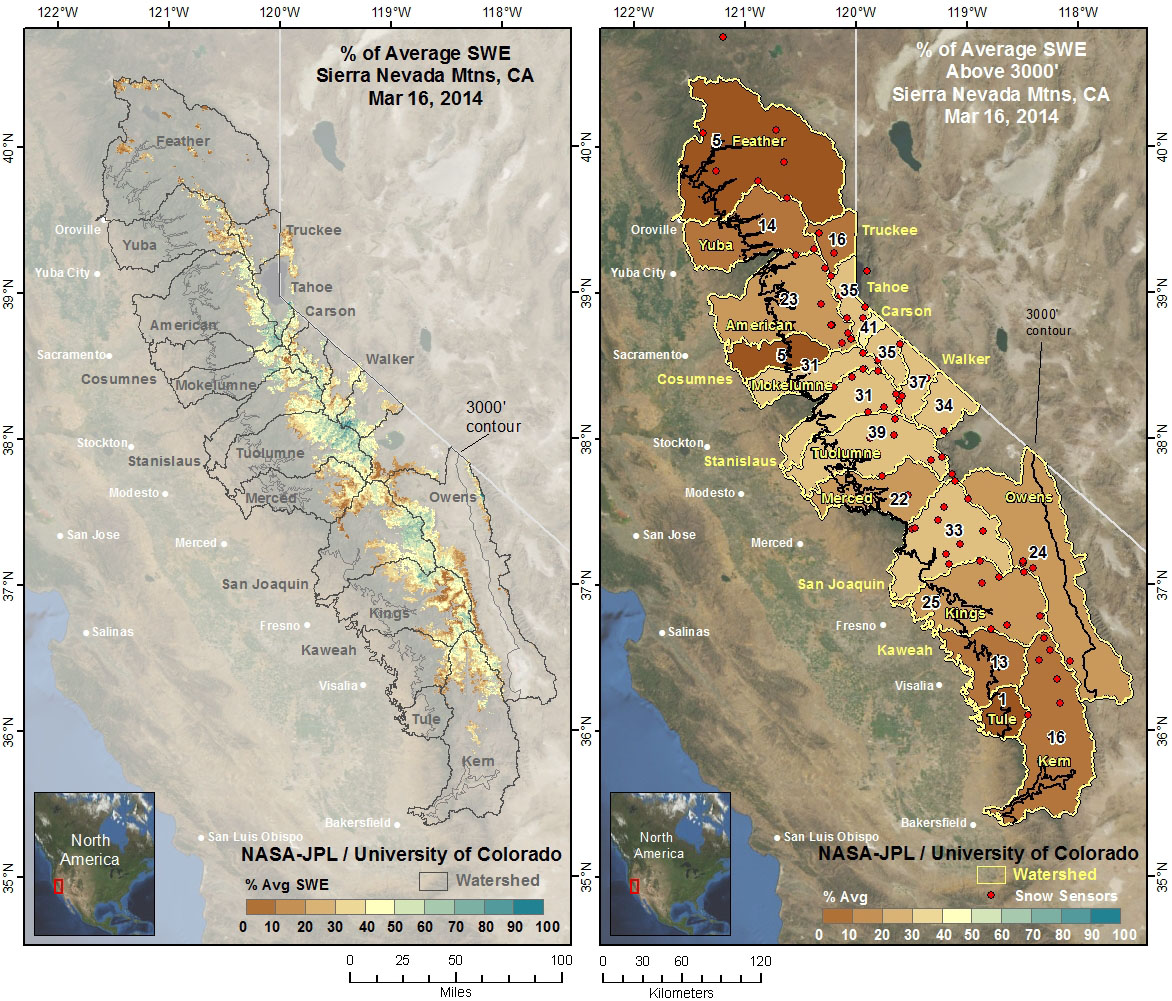