Leaf phenology plays a major role in land-atmosphere mass and energy exchanges. Much work has focused on phenological responses to light and temperature, but less to leaf area changes during dry periods. Because the duration of droughts is expected to increase under future climates in seasonally-dry as well as mesic environments, it is crucial to (i) predict drought-related phenological changes and (ii) to develop physiologically-sound models of leaf area dynamics during dry periods. Several optimization criteria have been proposed to model leaf area adjustment as soil moisture decreases. Some theories are based on the plant carbon (C) balance, hypothesizing that leaf area will decline when instantaneous net photosynthetic rates become negative (equivalent to maximization of cumulative C gain). Other theories draw on hydraulic principles, suggesting that leaf area should adjust to either maintain a constant leaf water potential (isohydric behavior) or to avoid leaf water potentials with negative impacts on photosynthesis (i.e., minimization of water stress). Evergreen leaf phenology is considered as a control case. Merging these theories into a unified framework, we quantify the effect of phenological strategy and climate forcing on the net C gain over the entire growing season. By accounting for the C costs of leaf flushing and the gains stemming from leaf photosynthesis, this metric assesses the effectiveness of different phenological strategies, under different climatic scenarios. Evergreen species are favored only when the dry period is relatively short, as they can exploit most of the growing season, and only incur leaf maintenance costs during the short dry period. In contrast, deciduous species that lower maintenance costs by losing leaves are advantaged under drier climates. Moreover, among drought-deciduous species, isohydric behavior leads to lowest C gains. Losing leaves gradually so as to maintain a net C uptake equal to zero during the driest period in the growing season provides the highest gain. Since these strategies are all defined based on often-modeled quantities, they can be implemented in ecosystem models depending on plant functional type and climate. 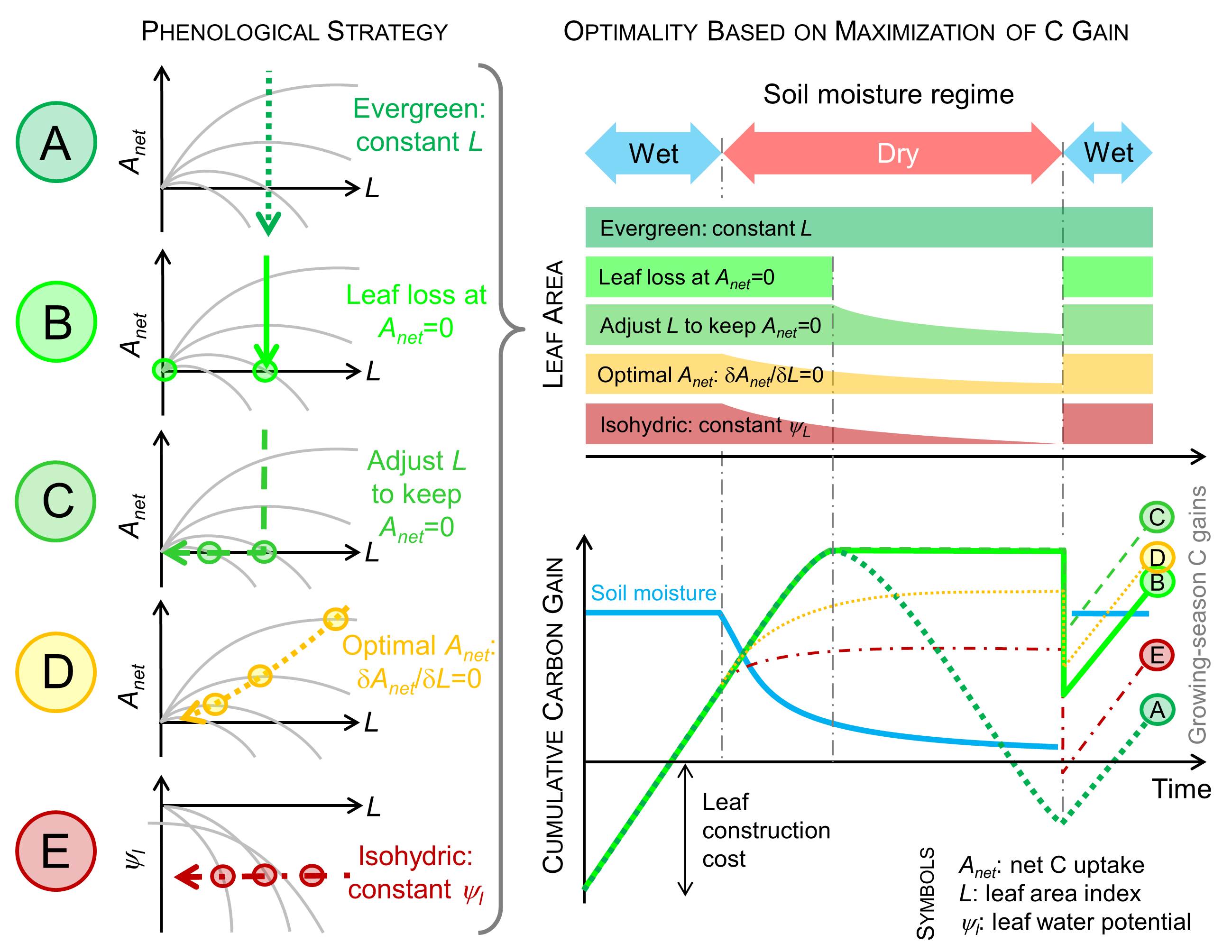