We have characterised water diffusion profiles from a new suite of tuffisite-bearing Chaitén bombs, using synchrotron-source FTIR at the Diamond Light Source, Oxford, UK. Unexpectedly, one exceptionally large tuffisite vein, which is 30 mm thick (Fig. 1a, b) is mantled by zones of strong water enrichment, which enclose the usual narrow depletion zones immediately adjacent to the vein (Fig. 1c). Consistent results from different branches of this vein (Fig. 1b) indicate a similar history. The plausible range of diffusion model solutions points towards ~2-4 hours of vein pressurisation, followed by a brief pre-quench period of lower pressure conditions.

In our model the vein opened during a period of overpressure at the lava dome base, sustained by gas influx from a deeper catchment extending hundreds of metres into the upper conduit. Overpressure culminated in violent bomb ejection, after which vein pressure decreased due to gas leakage to the atmosphere through the incompletely welded vein, as observed in rhyolitic bombs from Cordón Caulle (Fig. 1d). Commonly-seen water depletion zones[2,3] may therefore merely record post-fragmentation degassing. However, the enrichment zone points towards the type of deep pressurisation associated with cycles of tilt and seismicity at lava domes[4], but with vein formation arguably driven by hydrofracture[5], rather than shear failure. 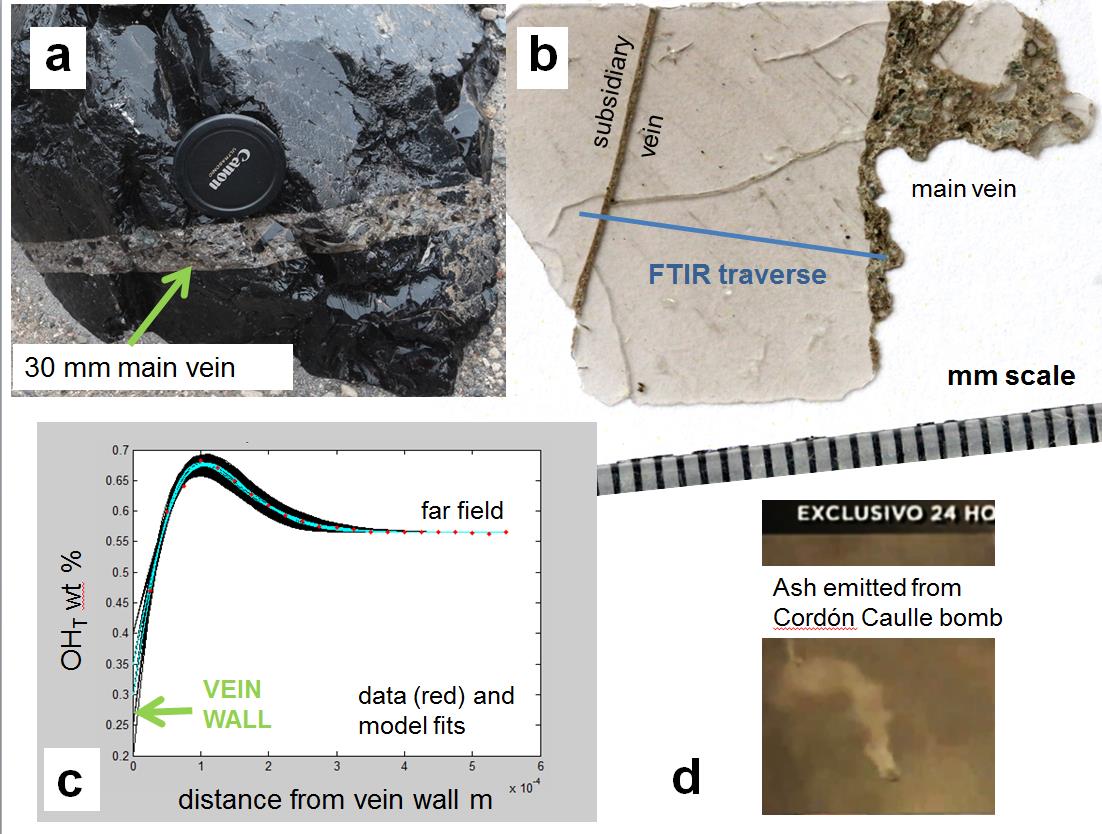