T23C-4679:
Structure Characteristics of the Depression in Gushi Town of Weihe Basin

Weihe Basin is located at the southern margin of Ordos block in Mainland China, and it is one of the fault basins around the stable Ordos block. The basin trends nearly EW; it is 500km in length, 40-50km in width. The sedimentary thickness of Cenozoic is 7000m; the maximum thickness of quaternary is 1400m. The basin shows an extremely asymmetry dustpan in shape, the sedimentary thickness is thick in south thin in north, and is controlled by a series of normal faults, it is an extensional fault basin. Weihe Basin is formed by salient and fault-concaves, and shows a motion feature of different settlement. There are two main depressions in the basin——Gushi depression and Xi’an depression.

Gushi depression has the thickest sediment of quaternary in Weihe Basin. Many artificial earthquake prospecting have been done in Gushi depression recent years, and we are able to summarized some characteristics from the cross sections as below:

2. A series of normal faults dipping south are found in the trench, and centralized in the southern part of the depression. Secondary faults cut the bottom boundary of quaternary strata, some reach a depth of around 1200m, and some faults in the upper part cut the late Pleistocene strata. They are secondary antithetic faults in the hanging wall of Weinan front loess tableland faults(fig.).

4.According to the motion features of the faults, the combination of the faults reflects an extensional and rotational sheared sliding. 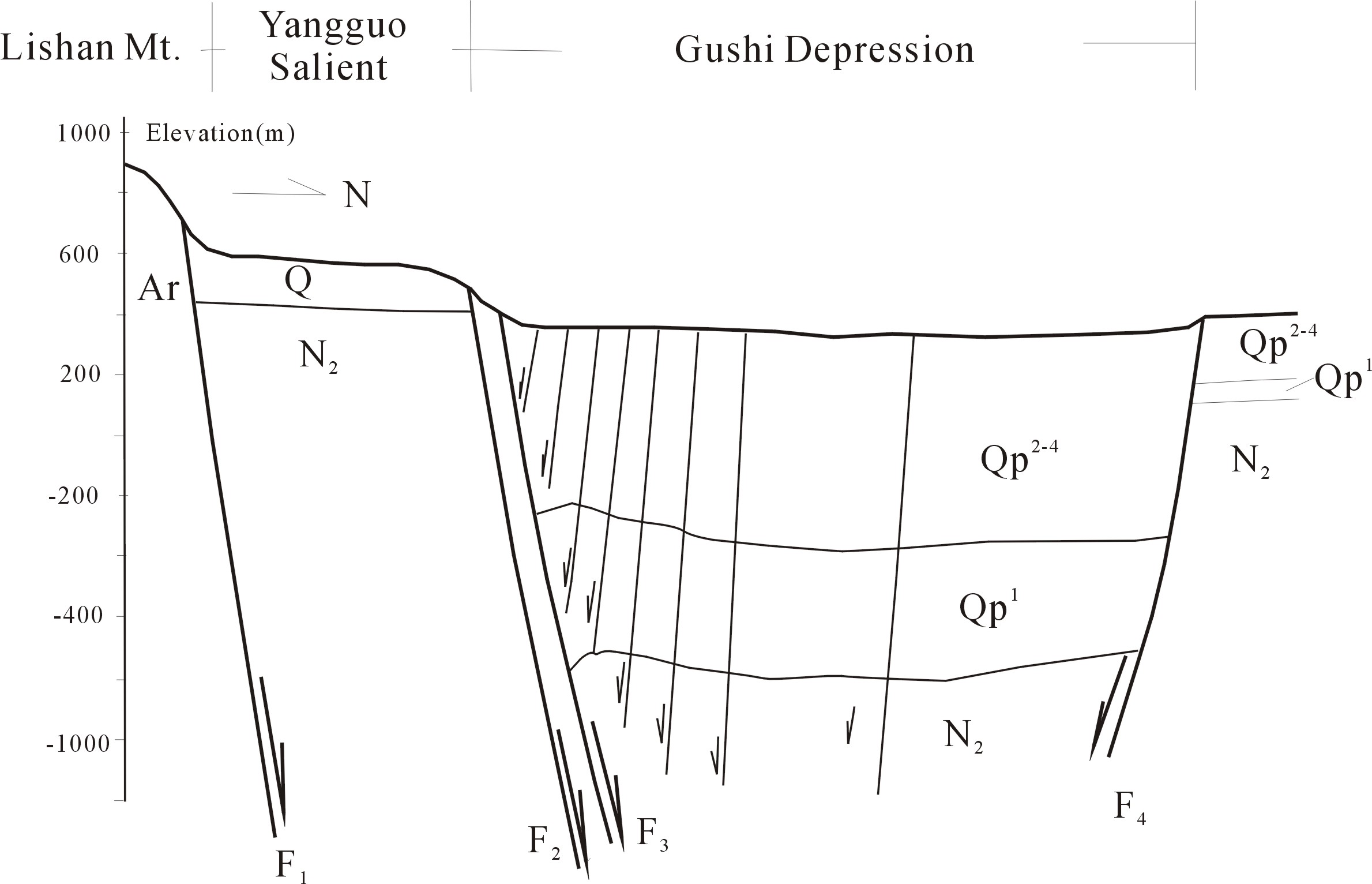