H13C-1111:
Initial Results on Soil Moisture in Relation to Timing of Snowpack, Temperature, and Heavy Vs. Moderate Rain Events from a New Soil Monitoring Network in the Southern Rocky Mountains

The Roaring Fork Valley (RFV) in the Rocky Mountains of Colorado is comprised of a diversity of ecosystems occurring within a single watershed. From one end of the valley to the other, the landscape undergoes an over 1500m gain in elevation, creating a unique opportunity for comparison of conditions in different habitats of close geographic proximity. Interested in comparing the ecological responses of these different habitats in the context of rising global temperatures, the Aspen Global Change Institute (AGCI) partnered with City of Aspen, Pitkin Country Open Space and Trails, and the Aspen Center for Environmental Studies to install soil monitoring stations at multiple elevations within the watershed. Soil moisture was identified as the primary indicator for monitoring because there is a dearth of local soil moisture data, and soil moisture plays a vital role in plant survival and correlates closely with precipitation and air temperature. Additionally, as precipitation regimes shift in the future, there is a need to better understand the interplay between vegetative water availability during the critical early growing season and timing, areal extent, and depth of snowpack. Two initial soil monitoring stations were installed in undeveloped, montane ecosystems of the Roaring Fork Watershed in 2012. Each station measures air temperature; relative humidity; rainfall; and soil moisture at 5, 20, and 52 cm depths. Two additional soil monitoring stations are being established over the summer of 2014, and additional stations within the Roaring Fork soil moisture network are planned for future years. Early data from the existing sites indicate the importance of timing of snowmelt in maintaining soil moisture through the early dry months of summer and dissimilarity between the impact of moderate and heavy rain events on soil moisture at different depths. These data have implications for restoration, management, and planning for local ecosystems and have significance for the broader scientific community in their potential to further understanding of soil moisture response to climate change in mountain ecosystems. 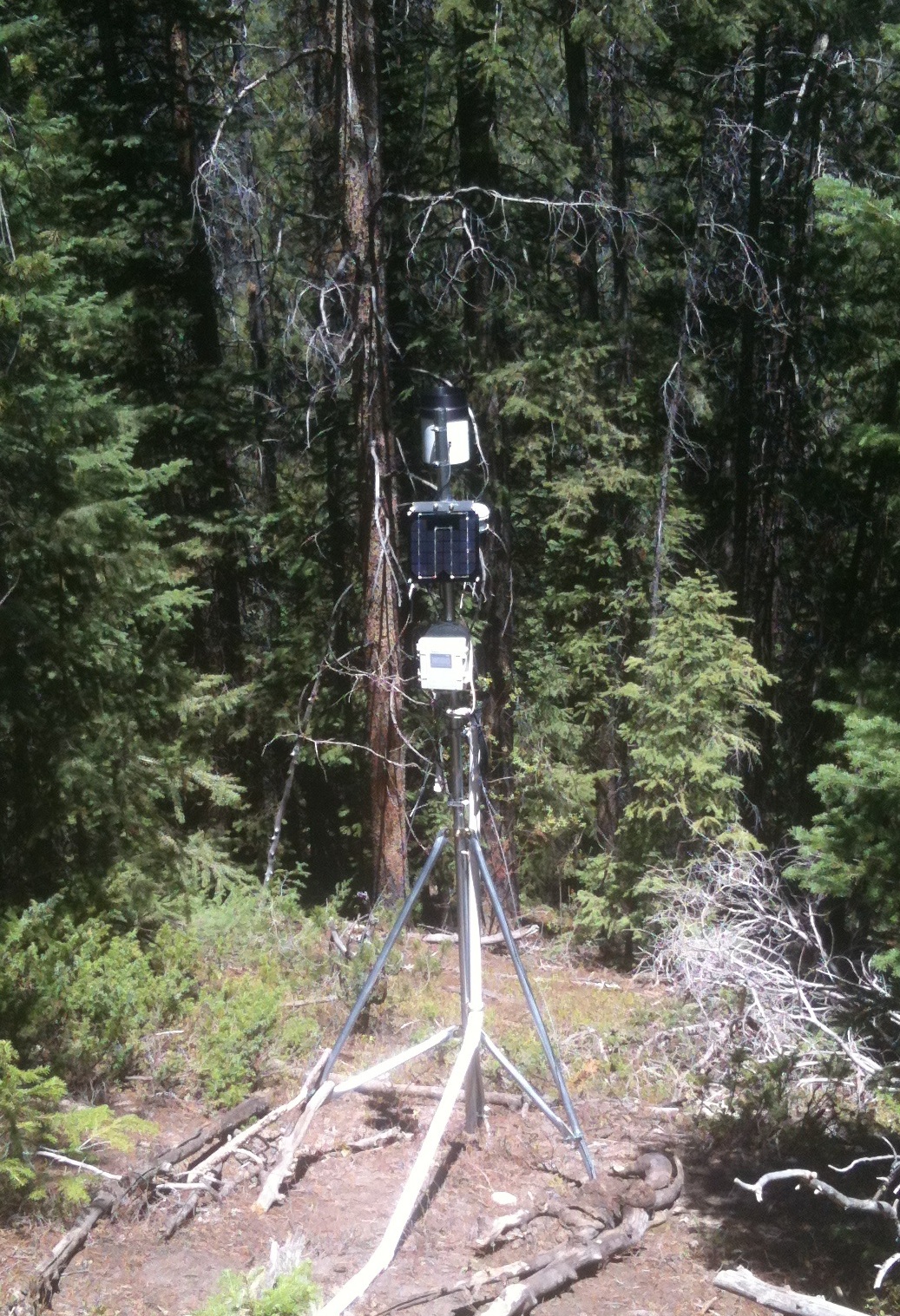