H51F-0673:
Investigation on the Reference Evapotranspiration Distribution at Regional Scale By Alternative Methods to Compute the FAO Penman-Monteith Equation

This study derived the summer (June-August) reference evapotranspiration distribution map for Sardinia (Italy) based on weather station data and use of the geographic information system (GIS). A modified daily Penman-Monteith equation from the Food and Agriculture Organization of the United Nations (UN-FAO) and the American Society of Civil Engineers Environmental and Water Resources Institute (ASCE-EWRI) was used to calculate the Standardized Reference Evapotranspiration (ETos) for all weather stations having a “full” set of required data for the calculations. For stations having only temperature data (partial stations), the Hargreaves-Samani equation was used to estimate the reference evapotranspiration for a grass surface (ETo). The ETos and ETo results were different depending on the local climate, so two methods to estimate ETos from the ETo were tested. Substitution of missing solar radiation, wind speed, and humidity data from a nearby station within a similar microclimate was found to give better results than using a calibration factor that related ETos and ETo. Therefore, the substitution method was used to estimate ETos at “partial” stations having only temperature data.

The combination of 63 full and partial stations was sufficient to use GIS to map ETos for Sardinia. Three interpolation methods were studied, and the ordinary kriging model fitted the observed data better than a radial basis function or the inverse distance weighting method. Using station data points to create a regional map simplified the zonation of ETos when large scale computations were needed. Making a distinction based on ETos classes allows the simulation of crop water requirements for large areas and it can potentially lead to improved irrigation management and water savings. It also provides a baseline to investigate possible impact of climate change. 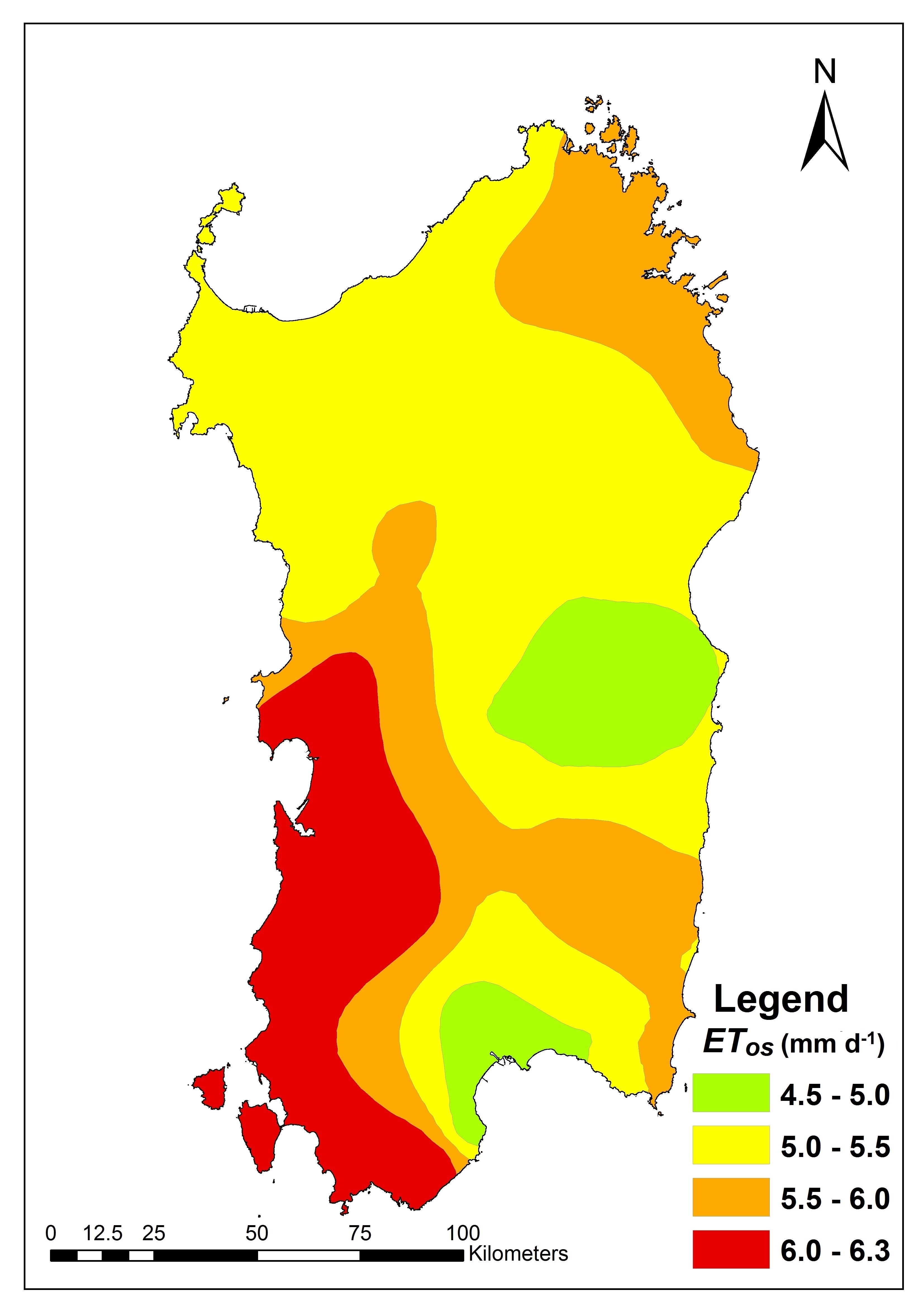