Climate Field Reconstructions (CFRs) of past climate help expand our knowledge of climate variability beyond the limited instrumental records, allowing for a fuller characterization of natural variability and the investigation of the role of climate forcings. In this study, we do so via a new global temperature reconstruction using a refined CFR method and the latest compilation of high-resolution proxy records.

The CFRs use GraphEM, which leverages Gaussian graphical models to improve estimates of the spatial dependencies of the climate field [1]. The method was found to outperform competing regression-based CFR methods [2]. The input data are primarily based on the PAGES 2k[3] and Ocean 2k community efforts, and are screened based on correlations to the HadCRUT4 target [4]. Uncertainty estimates, derived from a non-parametric block bootstrap method, provide an ensemble of reconstructions for probabilistic assessments.

Preliminary results show that the 20thcentury was 85% likely to be the warmest period within at least the past 1500 years. The Medieval Climate Anomaly is found to be warmer than the Little Ice Age almost everywhere on land, with an El Niño-like pattern identified in the tropical Pacific. A pattern of high-latitude amplification is found in Eurasia and North America. It may correspond to a purely forced solar mode or an eigenmode excited by solar forcing (Fig. 1), but our analysis cannot distinguish between these two possibilities. In contrast to [3], where little synchronization is found among different regions, inter-hemispheric similarities are found over several periods in last millennium, indicating strong spatial coherence. Finally, we will characterize the continuum of temperature variability [5] via a regional analysis of the spectral properties of reconstructed temperature. 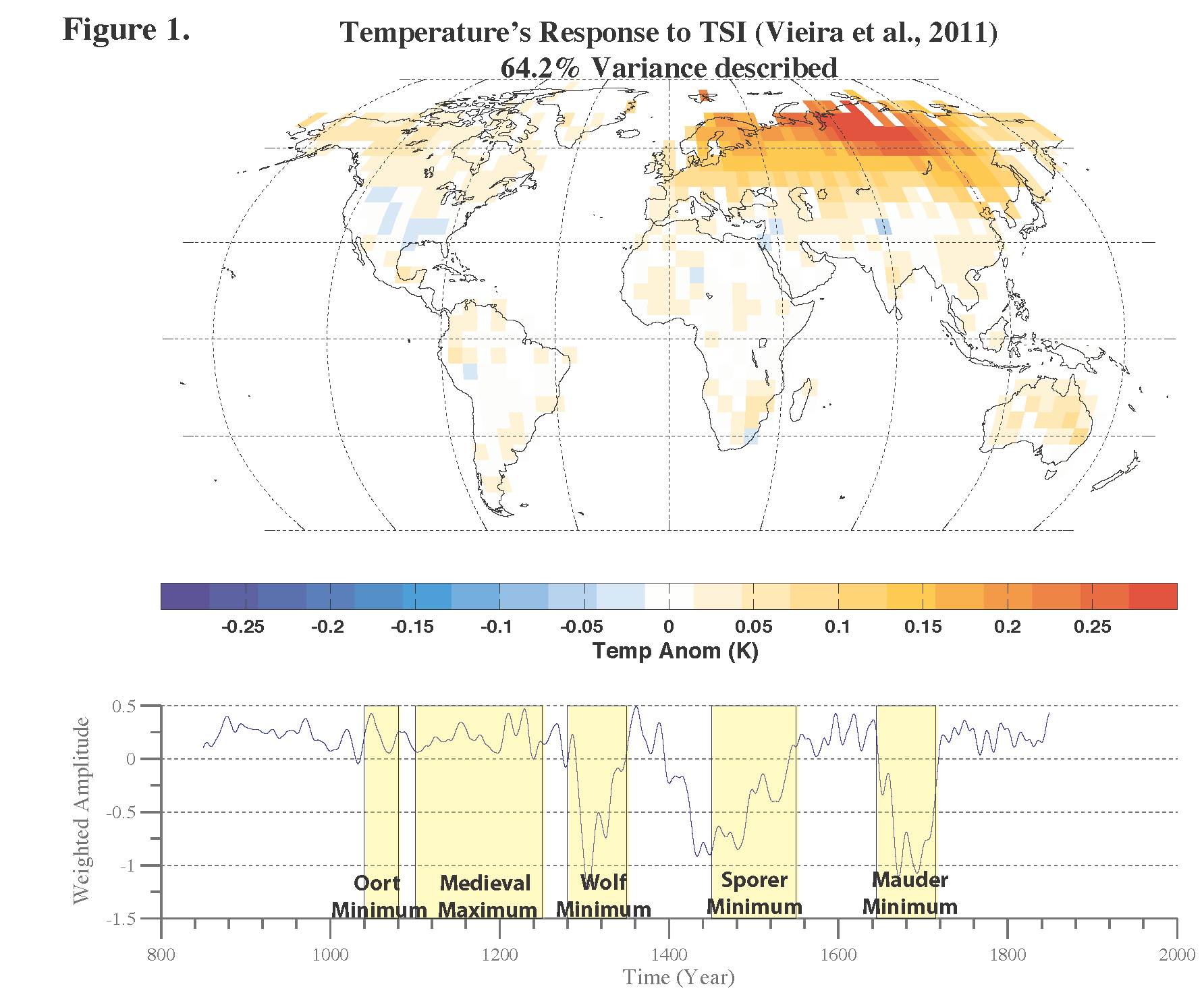