We present a new approach to measuring crustal thickness and bulk properties from teleseismic data. In contrast to the traditional H-k stacking approach, which involves receiver-function deconvolution followed by stacking along expected arrival-time curves, we eliminate the deconvolution step and generate synthetic transfer functions predicting the relationship between the vertical and radial components. Given a catalogue of precalculated transfer functions, we convolve the vertical component with each assumed transfer function and then calculate a misfit between the real and predicted radial component. As a single-layer crust is no longer a necessary assumption, we use the transfer-function approach to extend H-k analysis to models containing sedimentary basins. We apply this new technique to two data sets: one from Earthscope instrumentation in Minnesota, North Dakota, and South Dakota, USA, and one from the FaultLab project, which instrumented the branching North Anatolian Fault, Turkey. From the US data set, we find that the transfer-function approach is able to recover approximate sedimentary thickness in the Williston Basin, as well as remove the contaminating effects of the sedimentary layers from crustal thickness and basement P/S velocity ratio measurements, and so detect westward crustal thinning towards the Trans-Hudson Orogen that may represent crustal erosion related to the orogenic process, as well as compositional differences between Superior and Trans-Hudson basement rocks. The data from Turkey reveal a "stair-step" northward deepening of the Moho across the two major strands of the North Anatolian Fault and a northward decrease in the P/S velocity ratio, overlain by highly variable sediment thicknesses reflecting a complex system of pull-apart basins in the upper crust. 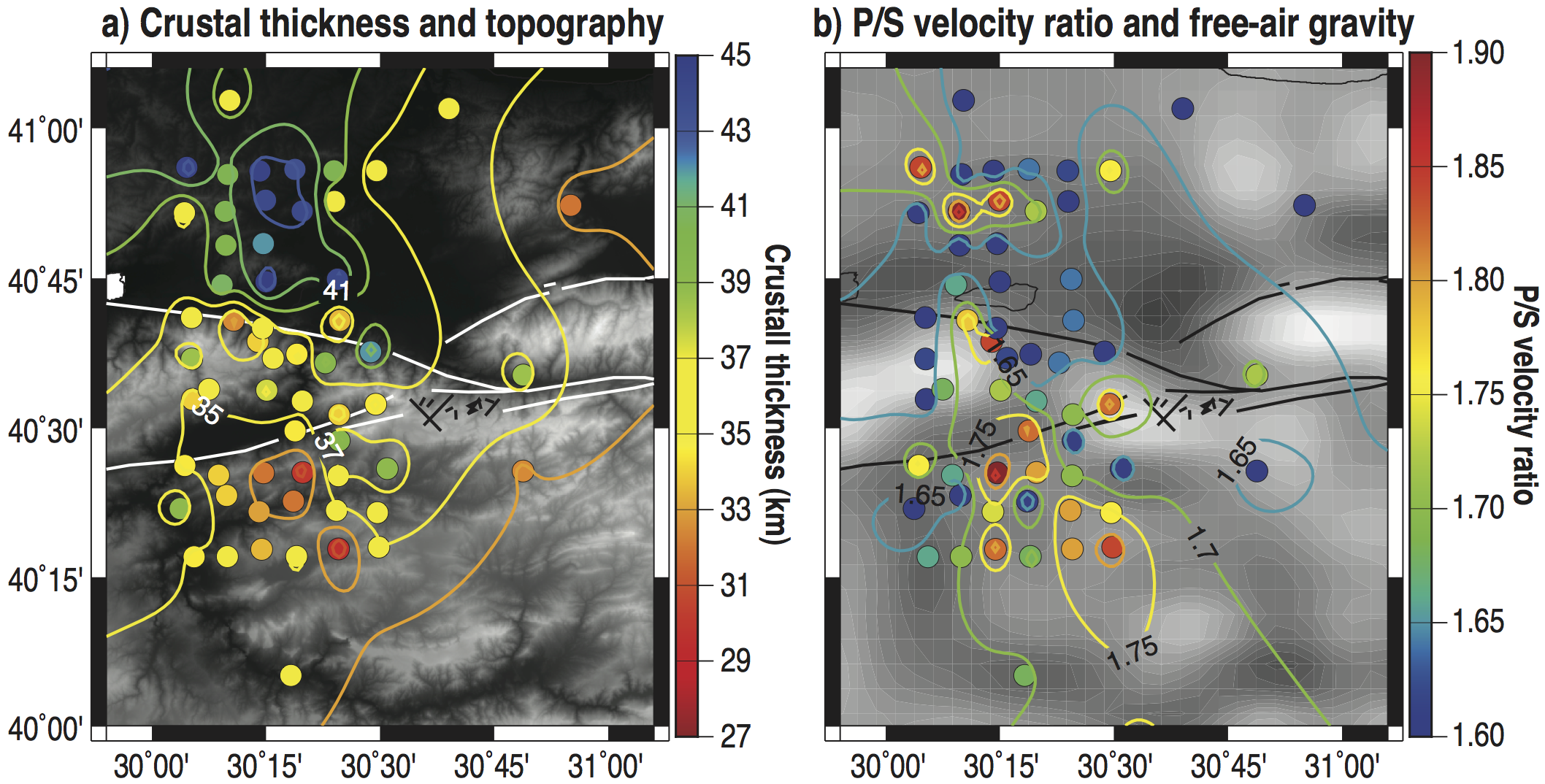