Paleotsunami deposits contain information about the flow that created them that can be used to reconstruct tsunami flow speed and thereby improving assessment of tsunami hazard. We applied an inverse tsunami sediment transport model to sandy deposits near Sendai Airport, Japan, that formed during the 11 March 2011 Tohoku-oki tsunami to test model performance and explore the spatial variations in tsunami flow speed. The inverse model assumes the amount of suspended sediment in the water column is in equilibrium with local flow speed and that sediment transport convergences, primarily from bedload transport, do not contribute significantly to formation of the portion of the deposit we identify as formed by sediment settling out of suspension. We interpret massive or inversely graded intervals as forming from sediment transport convergences and do not model them. Sediment falling out of suspension forms a specific type of normal grading, termed ‘suspension’ grading, where the entire grain size distribution shifts to finer sizes higher up in a deposit. Suspension grading is often observed in deposits of high-energy flows, including turbidity currents and tsunamis. The inverse model calculates tsunami flow speed from the thickness and bulk grain size of a suspension-graded interval. We identified 24 suspension-graded intervals from 7 trenches located near the Sendai Airport from ~250-1350 m inland from the shoreline. Flow speeds were highest ~500 m from the shoreline, landward of the forested sand dunes where the tsunami encountered lower roughness in a low-lying area as it traveled downslope. Modeled tsunami flow speeds range from 2.2 to 9.0 m/s. Tsunami flow speeds are sensitive to roughness, which is unfortunately poorly constrained. Flow speed calculated by the inverse model was similar to those calculated from video taken from a helicopter about 1-2 km inland. Deposit reconstructions of suspension-graded intervals reproduced observed upward shifts in grain size distributions reasonably well. As approaches to estimating paleo-roughness improve, the flow speed and size of paleotsunamis will be better understood and the ability to assess tsunami hazard from paleotsunami deposits will improve. 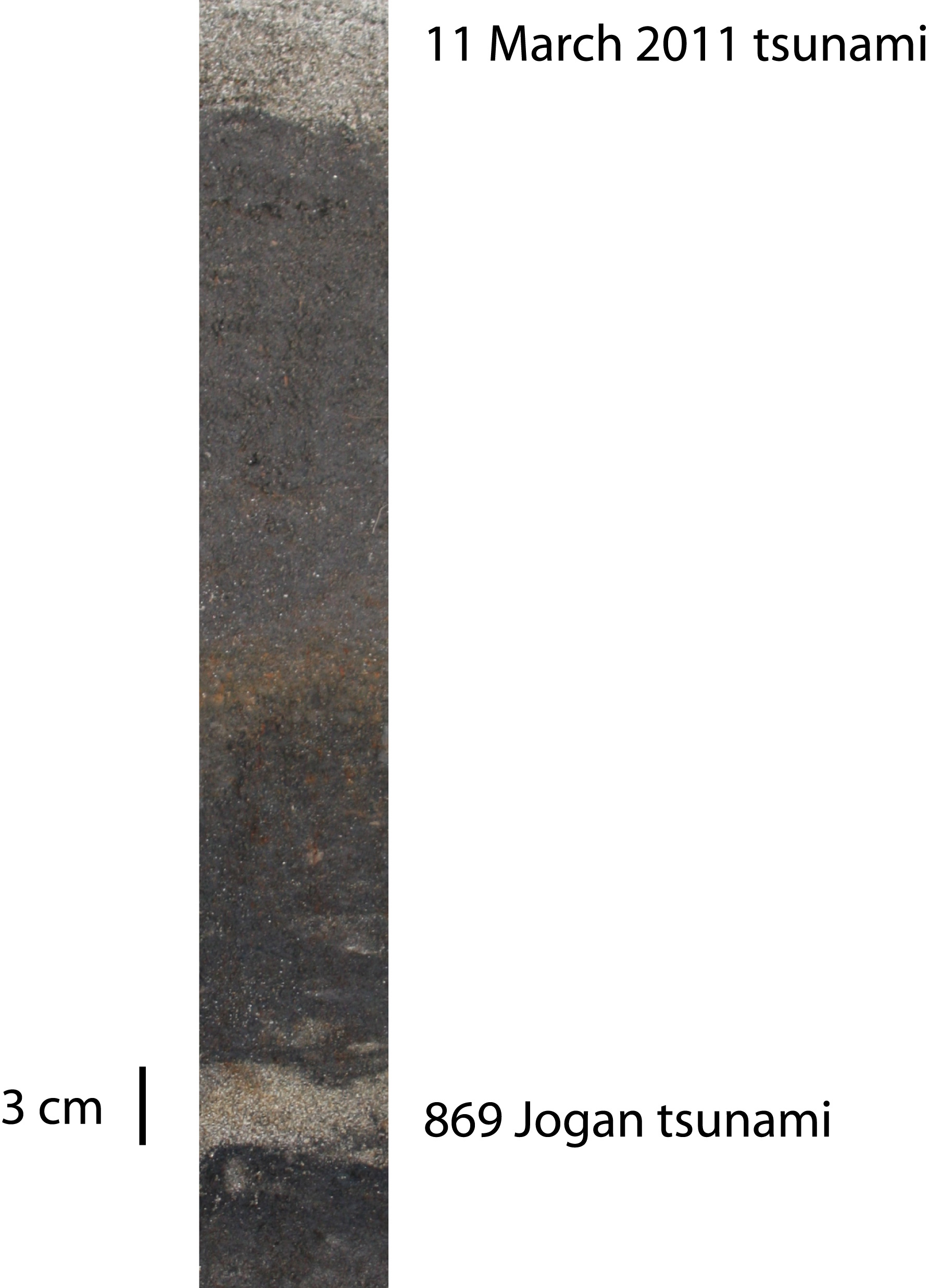