Droughts affect every region of the world and can have a significant impact on human and natural systems. Therefore the need to better understand the spatiotemporal variability of droughts is of great importance. The Palmer Drought Severity Index (PDSI) is often used as an indicator of drought, requiring only precipitation, air temperature, and potential evapotranspiration (PET) as inputs. PET using the Thornthwaite method is commonly used as an input for PDSI. However, calculating PDSI using the Thornthwaite PET method has come under recent scrutiny for overestimating drought conditions when air temperatures exceed the historical baseline. With increasing air temperatures around the world, calculating PDSI using the Thornthwaite PET method may no longer be an appropriate option. Therefore, various researchers have called for the use of the physically-based Penman-Monteith PET method to estimate PDSI. Here, we present a user-friendly PDSI tool that uses the Penman-Monteith method to calculate PET as an input to the PDSI calculations. Comparisons with a global PDSI dataset also estimated using the Penman-Monteith method indicate good spatial correlation. This tool allows users to easily calculate a suite of Palmer drought indices using Penman-Monteith PET for current and future drought projections at any spatial scale. We present a 12-km resolution Penman-Monteith PDSI dataset of the United States, as well as potential applications of its use. 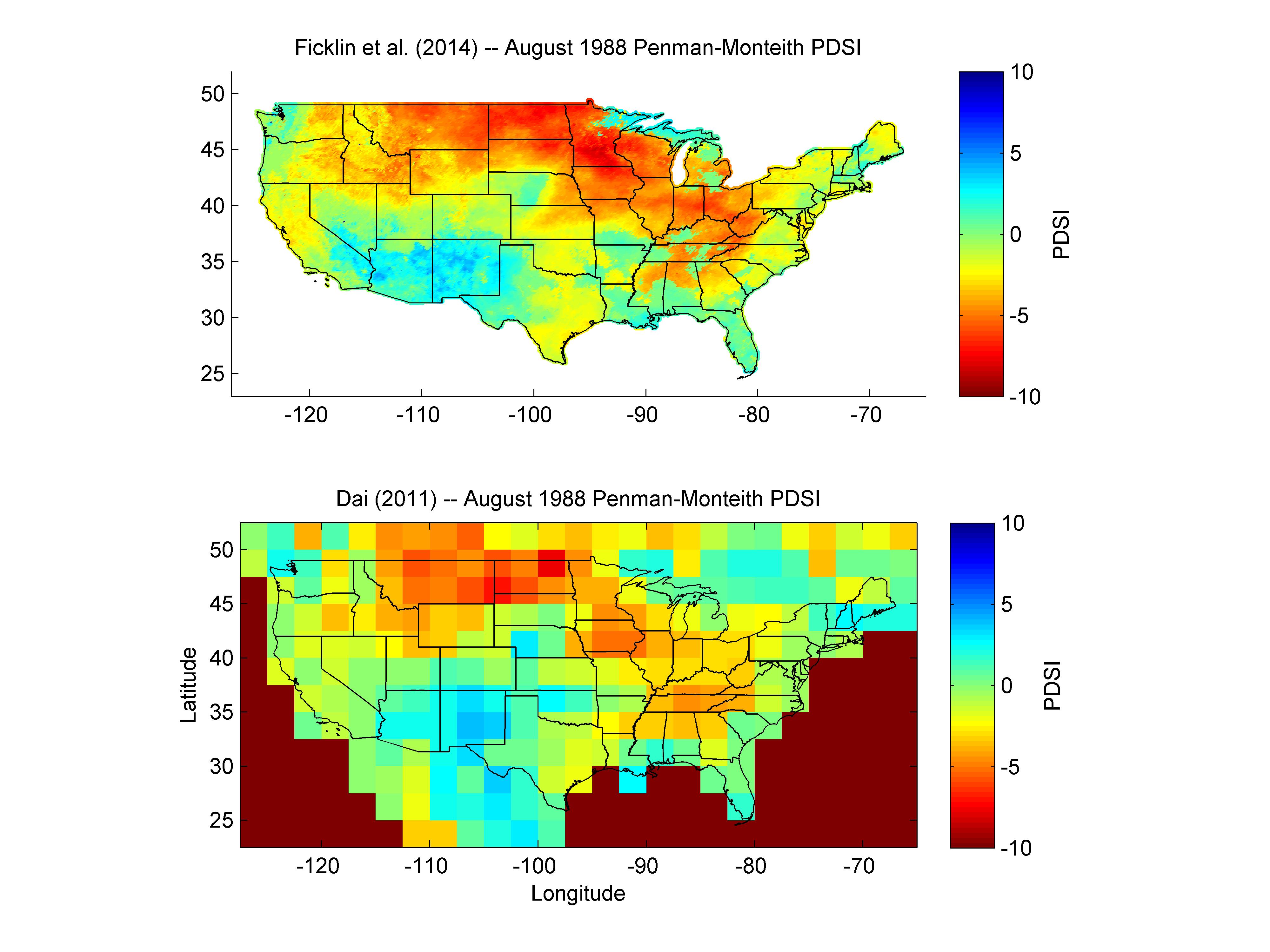