T43C-4736:
On the Mode of Deformation and Thickness of Earth's Outer Layers

We use the diharmonic scaling L=λ/d of differential grade-2 (DG-2) materials to study the relation between wavelength λ and competent layer thickness d implied by cross-spectral analysis of the gravity model EGM2008 and topography model RET2012. Theory predicts that a DG-2 layer will be flexurally strong or weak depending on whether L<1 or L>4√3, respectively. Moreover, such a layer can manifest fold-like structures for 2<L<4√3, and fault-like ones for 1<L<2. Equivalent ranges of spherical harmonic degree l can be found using Jean's relation, such that l=2πr/Ld, where r is the radius of the planet. Admittance and degree correlation spectra, complete to degree and order 2160, exhibit characteristics which are not consistent, in detail, with simple isostatic models commonly used to interpret gravity-topography observations. We use global gravity grids to examine the spatial correlation of tectonic features, including subduction zones, fracture zones, glacial-isostatic depressions, ocean ridges, and continental slopes, with gravity anomalies in eleven discrete passbands A-K. On this basis we infer the regional mode of deformation and thickness of Earth's crust, lithosphere, asthenosphere, and mesosphere. The geoid-like pattern at the longest wavelengths (A-band, l=2-7) is consistent with folding of a slab-loaded mesosphere. Shorter wavelength anomalies (B-band, l=8-21) beneath ocean ridges show age-progressive patterns consistent with thermal subsidence, while those under the Tibetan Plateau are consistent with thickening of a weak upper mantle asthenosphere. Even shorter wavelength anomalies are consistent with the folding of a 255-km thick lithosphere beneath the Andes and the Alpine-Himalaya orogens (C,D-bands, l=22-57), and the presence of a strong 100-km thick lithosphere which is folded and faulted at subduction zones (E,F,G,H,I-bands, l=58-416). Admittance in the J-band (l=417-1389) is consistent with rigidly-supported topography, while at the shortest wavelengths (K-band, l=1390-2160) admittance appears to be enhanced by folding and faulting in a 25-km thick crust, particularly in the Alps, the Himalaya-Tibetan orogen, the American Cordilleras, and New Guinea. We conclude that Earth's density distribution is dihamonically controlled, as predicted by ThERM. 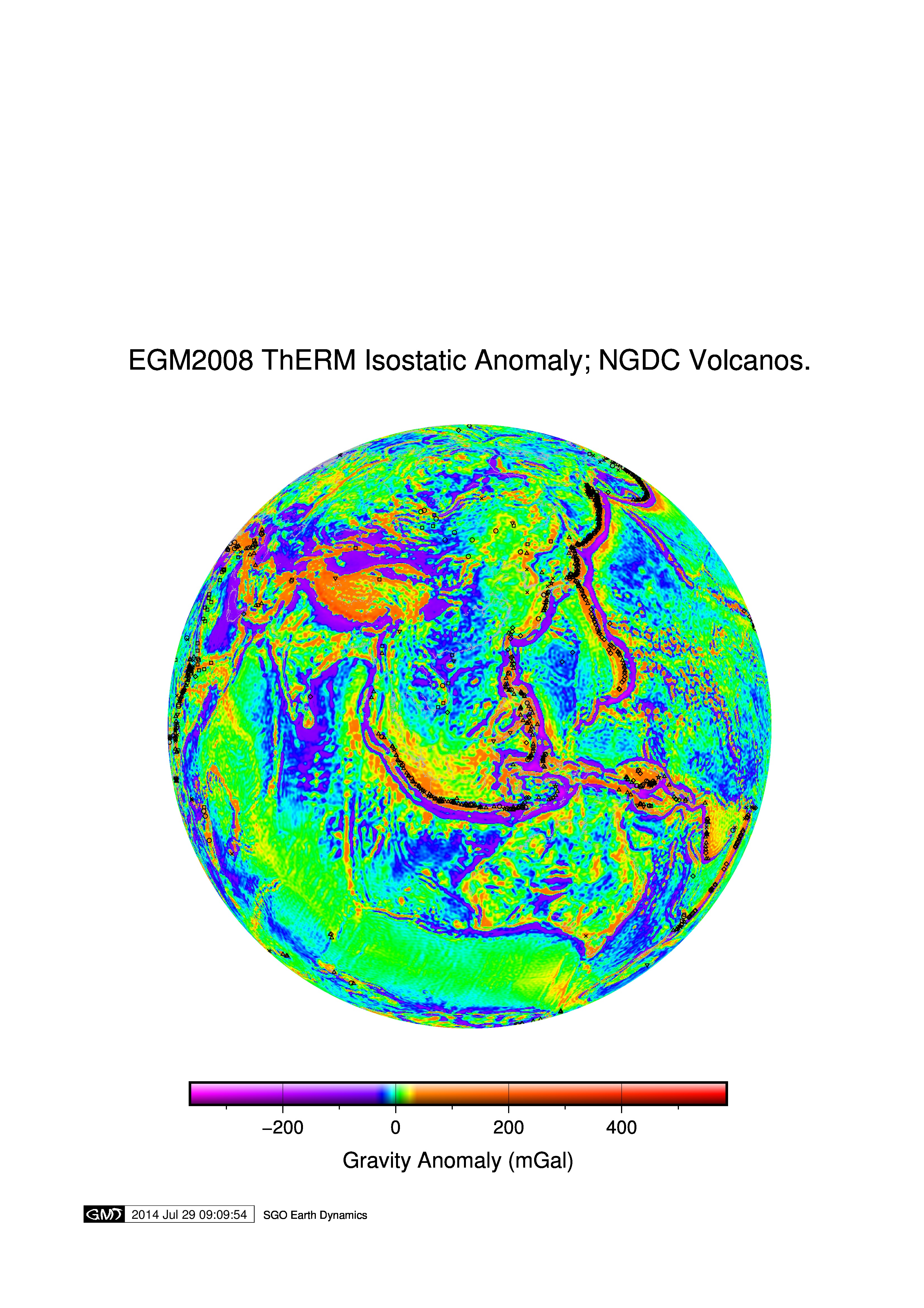