GC33C-0518:
On Reliability of Regional Decadal Ensemble Prediction for Europe

Within the MiKlip project the coupled model MPI-ESM is used to perform global decadal hindcast experiments. These experiments, baseline0, are performed in a low-resolution configuration (MPI-ESM-LR) with the latest version of the ocean model MPIOM and the atmospheric component ECHAM6, in a resolution GR15L40 and T063L47 respectively. The MPI-ESM-LR hindcasts are downscaled to the CORDEX-Europe domain with a horizontal grid resolution of 0.22° using the mesoscale non-hydrostatic regional climate model COSMO-CLM (CCLM) (Rockel et al. 2008) with the version of COSMO4.8-clm17 for the time period 1961-2010 realizing hindcasts from 1961 to 2001 each 10 years for one decade. The evaluation run (ERA40 extended by ERA-Interim and downscaled by CCLM) are used to initialize temperature and humidity in/at the soil/surface in the hindcasts. By using driving data with 1-day-lagged initialization, the “initial conditions” perturbation strategy is implemented.

The gridded observational E-OBS data in version 8.0 (Haylock et al., 2008) and the CCLM evaluation run are used for evaluation. The focus of this study is on the 2-m temperature over Europe. To filter out the systematic error, anomalies are calculated by considering the time period 1981-2010 as reference period. Before the evaluation of reliability, the forecast quality is assessed by the anomaly correlation (Fig. 1) and the root mean square error (Fig. 2) (Wilks, 2006). The low-pass filtered 2-m temperature anomaly averaged over Europe from reference datasets and the ensemble mean reveals that the CCLM captures the climate change signal. 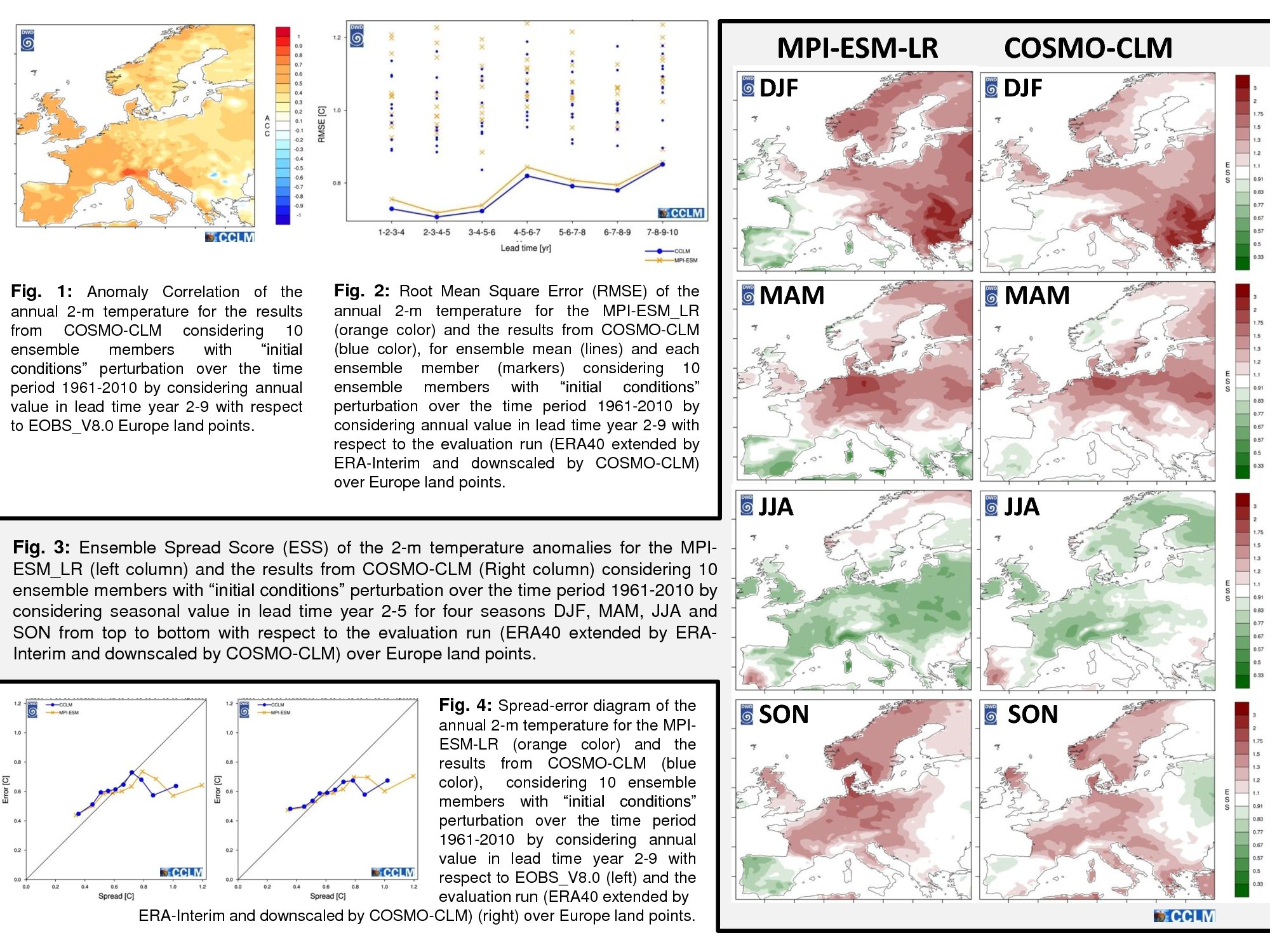