Chemical composition and hygroscopicity are keys to understand the formation and evolution of atmospheric aerosol particles. However, relatively little information is available for sub-10 nm nanoparticles due to experimental difficulties. We present the design of a nano-cloud condensation nuclei (nano-CCN) counter for the purpose of measuring hygroscopicity and interpreting chemical compositions of sub-10 nm nanoparticles. Advanced than the previous studies (Kulmala et al., 2007;Mordas et al., 2008), here we explained the meaning of counting efficiency spectra of condensation particle counter (CPC) and its link to the CCN activation spectra, providing theoretical basis for the modification of CPC to a nano-CCN counter. Since CCN hygroscopicity has been demonstrated as an effective parameter reflecting organic and inorganic mass fractions, the nano-CCN counter may thus provide size-resolved information on the chemical composition of sub-10 nm nanoparticles.

The application was demonstrated through both by laboratory experiments and literature data on 2.5-nm particles. With a modified TSI 3788 water-CPC, sodium chloride (NaCl) and ammonium sulfate (AS) particles with 2.5 nm can be easily distinguished according to the activation spectra. Meanwhile, an indirect approach is also used to test the applicability of Köhler theory in the activation of nanoparticles, and the result showed that it still holds qualitatively (See Fig.1). This study improved and extended the understanding and application of CPC counting efficiency spectra. Though named nano-CCN counter, the design is not limited to the water-CPC, but also applies to CPCs of other working fluid (e.g. butanol). A combination of CPCs with multiple working fluids, as well as other instrumentations such as nano-HTDMA, might provide further insight into the chemical composition of nanoparticles, and the roles of diverse compounds in the initial steps of atmospheric new particle formation. 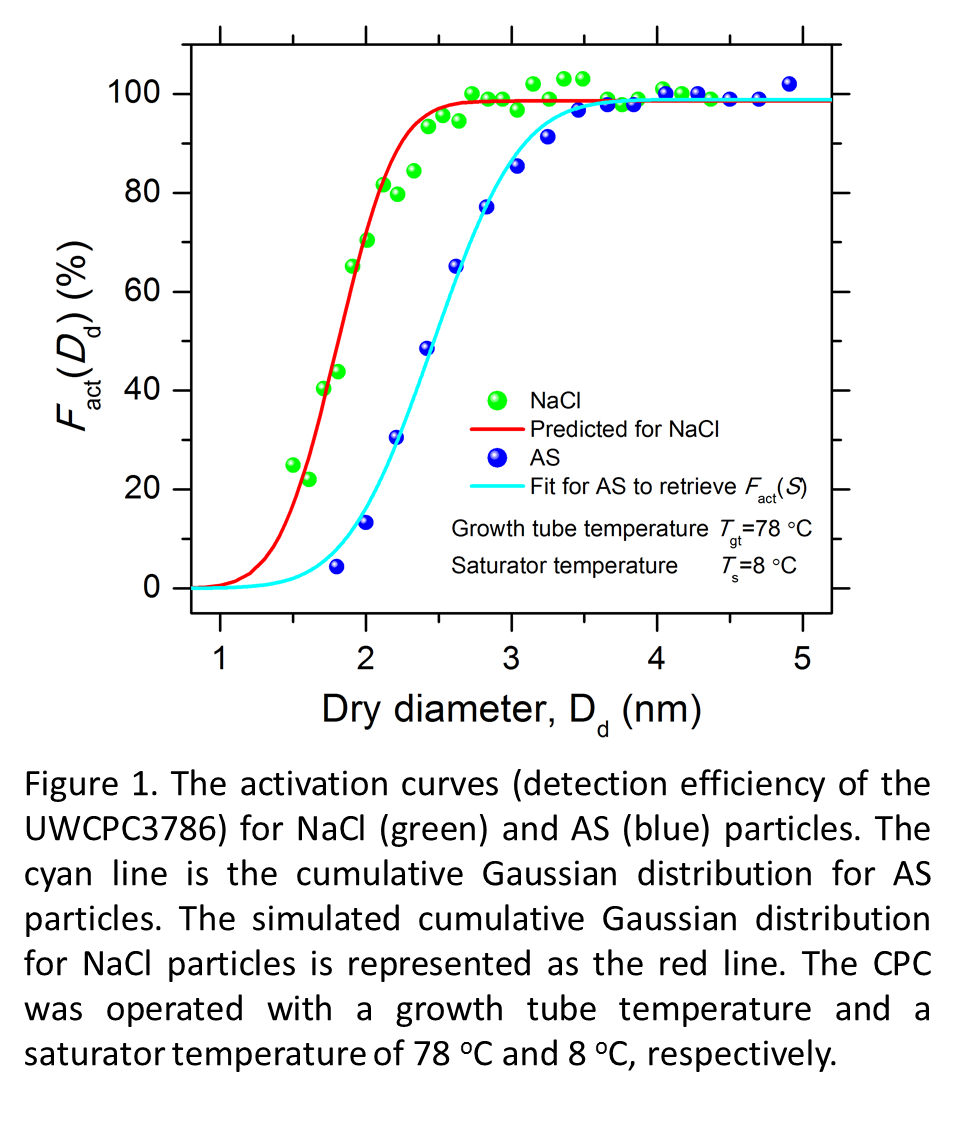