T23A-4626:
Structure of the Flat Slab in Southern Peru

We investigate the detailed structure of the flat-subduction portion of the subduction zone in Southern Peru using converted phases recorded by the PeruSE seismic array. The migrated image along a profile above the flat subduction is shown in the figure, overlain by the receiver functions of one well-recorded event. We see that the slab descends to 100 km depth at a distance of about 100 km inland from the coast, and then it rises to 90 km depth and remains flat for the next 300 km distance before diving into the mantle. The Moho itself has about 10 km relief above the flat slab, which is anti-correlated with the surface topography indicating Airy compensation. Interestingly, the flat slab image is missing under this part of Moho. The mid-crust structure is also evident. In the west, it coincides with the Andean Low Velocity Zone (ALVZ) mapped in this region (Ma and Clayton, 2014). In the east, it is related with the underthrusting Brazilian Shield (Phillips and Clayton, 2014). In this paper, we further investigate the causes of the missing or weak flat slab signal, possibly due to anomalous attenuation of S waves in the mantle wedge (but not P wave, since Moho is well imaged). We will also extend our study to the flat-normal transition area beneath the array. 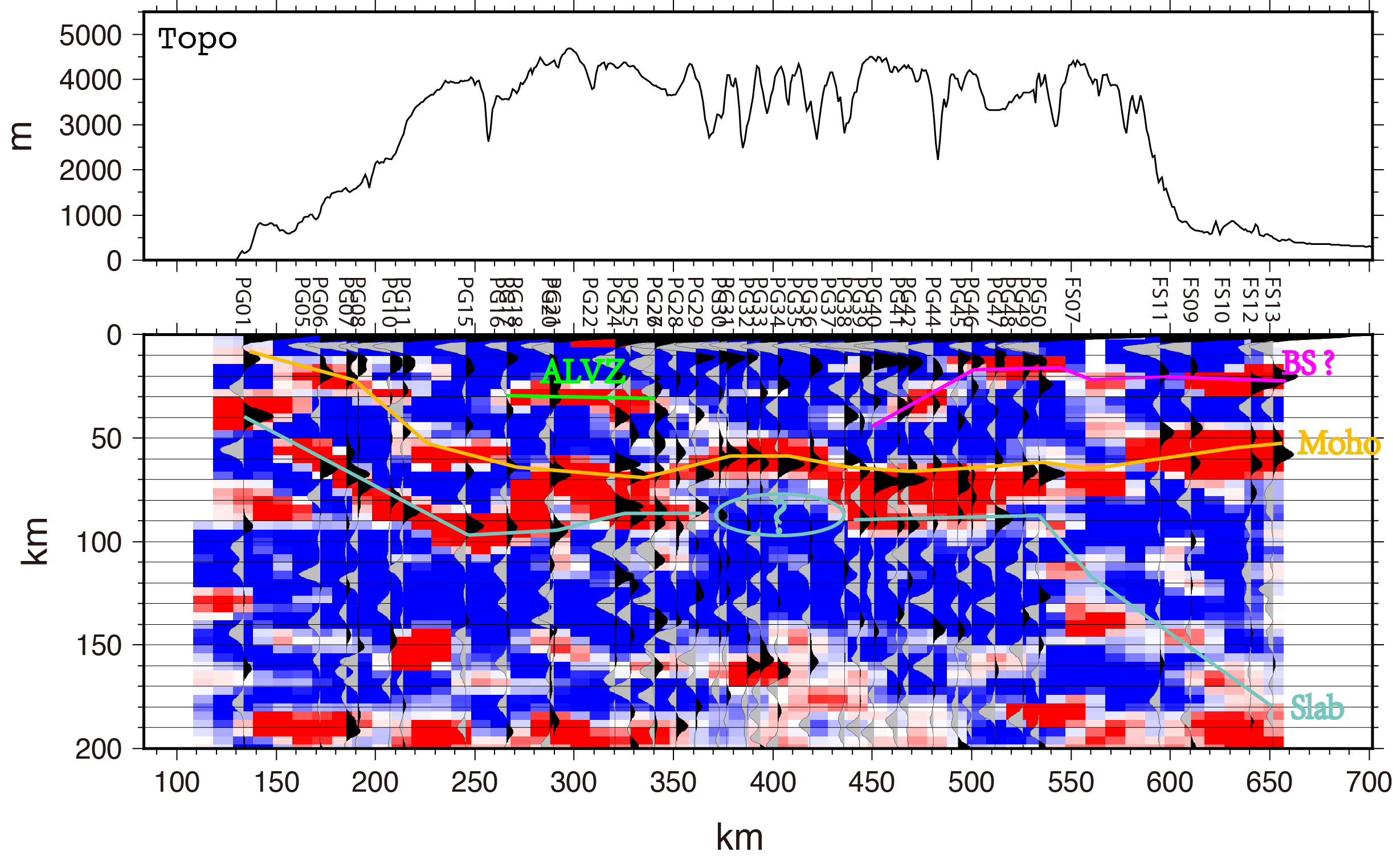