The tsunami caused by the 2011 Great East Japan Earthquake mainly inundated the Tohoku coastal areas, most of which exceeded inundation area specified in tsunami hazard maps. A report by the Japanese government for the IAEA Ministerial Conference on Nuclear Safety clearly stated that there is difficulty of quantitatively assessing natural disaster risk associated with a rare event such as tsunami because of uncertainty, and sufficient efforts have not been made so far to enhance the public confidence in the risk assessment by explicitly indicating the uncertinty of the assessment. Based on the statement, we propose a new method for explicitly indicating the uncertainty of tsunami hazard assessment in the tsunami hazard map.

Firstly, we estimated stochastic wave height along the Tohoku coastal areas using a method for probabilistic tsuami hazard assessment in order to quantitatively assess the uncertainty of coastal wave heights. We selected eleven earthquake-generic areas along the Japan trench as the areas that could generate tsunamis. Secondly, in order to calculate tsunami inundation area due to the average coastal wave height for one return period, we identified the earthquake fault that generate the target wave height and conducted numerical simulation using non-linear long-wave equations with inputting their fault parameters. On the other hand, in order to calculate tsunami inundation area due to fractile coastal wave height that consider the uncertainty of the assessment, we generated a hypothetical earthquake fault that the dislocation of which was uniformly increased or decreased by multiplying a constant number according to the change of each fractile wave height, and conducted numerical simulation in the same way. As a result, there were big differences among tsunami inudation areas due to 0.05 fractile, simple average and 0.95 fractile wave height at coastal points even though the assumed wave height generate by one target return period. 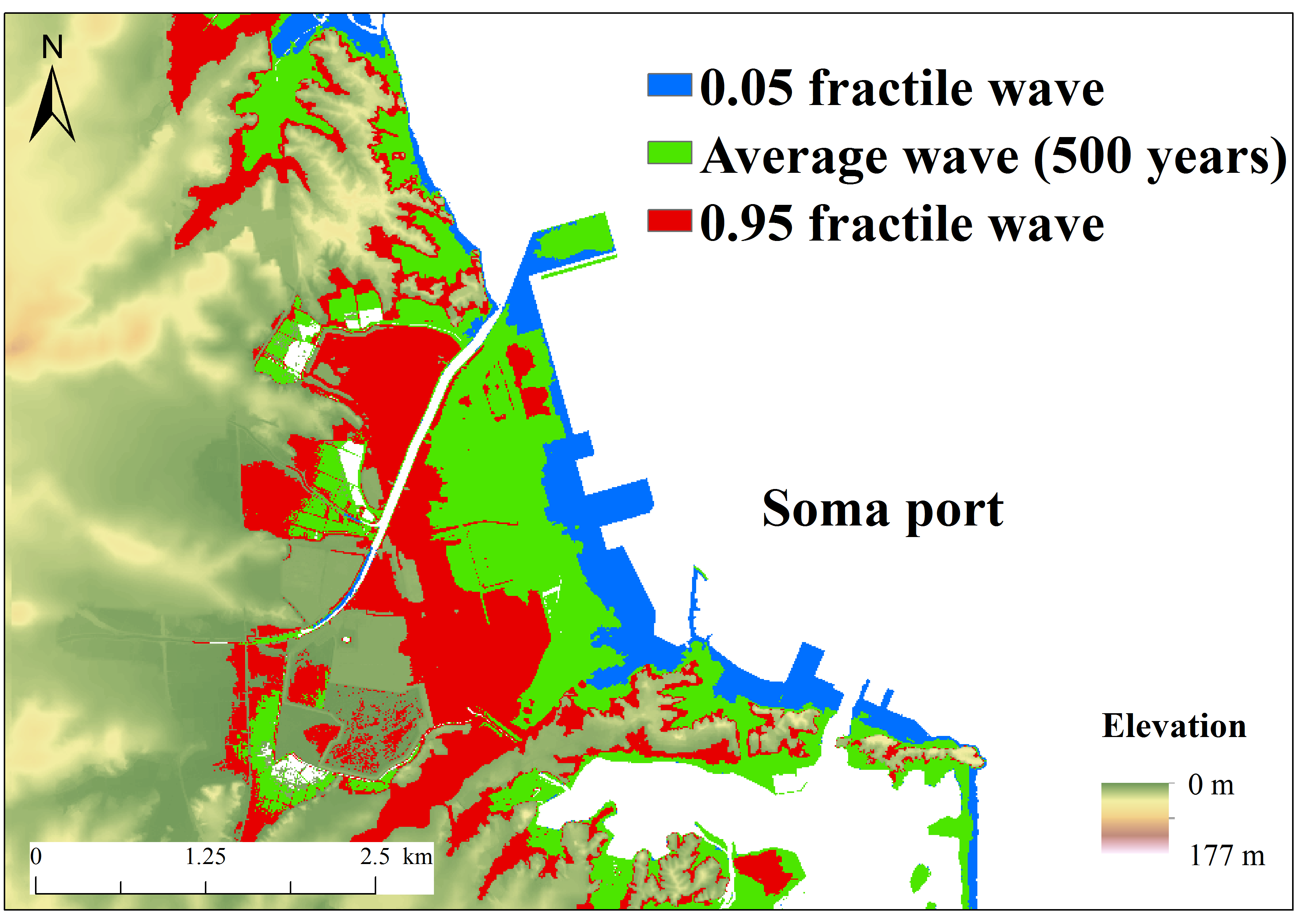