EP33A-3603:
Geomorphic Responses to Check-Dam Removal on a Steep Mountain River in Taiwan

The Chijiawan creek, located in the mountains of Central Taiwan with a strongly seasonal hydrology, high discharge and sediment yields, is the only habitat in Taiwan of the endangered Formosan landlocked salmon. The 13-m-high No. 1 Check Dam was the largest and lowermost barrier on Chijiawan creek built in 1972. After forty years, the dam had 4-m scouring holes below its foundation, raising a significant risk of dam failure. Due to the safety concern and habitat restoration, the Shei-Pa National Park removed the dam in late May 2011. This paper documents the channel evolution after its removal by focusing on understanding the geomorphic responses to sediment processes and complexities of hydrological processes.

We collected the hourly discharge data of a Taipower gaging station located 6.8 km from the dam from 2010 to 2013 and conducted surveys of grain size distributions, cross-sectional and longitudinal profiles, and carried out repeat photography. One month after dam removal, a one-year event (Typhoon Meari) excavated a wedge of sediment from the impoundment. The knickpoint migrated to 200 m upstream from the dam and about 20,000 m3 of sediment had eroded from the reservoir. The profile remained pretty much unchanged until a year after in June 2012. Following a 20-year event (Typhoon Saola) in August 2012, the highest flow after dam removal to present, the channel significantly changed and the knickpoint migrated to 800 m upstream to the dam. The cumulative eroded amount increased to 150,000 m3, about three-thirds of the former impounded sediment. After a 5-year event (Typhoon Soulik) later on in July 2013, the knickpoint did not show much difference and the eroded amount of impounded sediment only increased 10,000 m3. However, the surveyed cross-sections showed obvious channel form changes and thalweg migration. It is likely that the entire bed was mobilized during the earlier high flows (Typhoon Saola), resulting in more easily mobilized bed material.

As many dams in Taiwan are located in steep mountainous area with highly variable hydrologic condition, we anticipate the observations will help enhancing future similar dam removal projects. 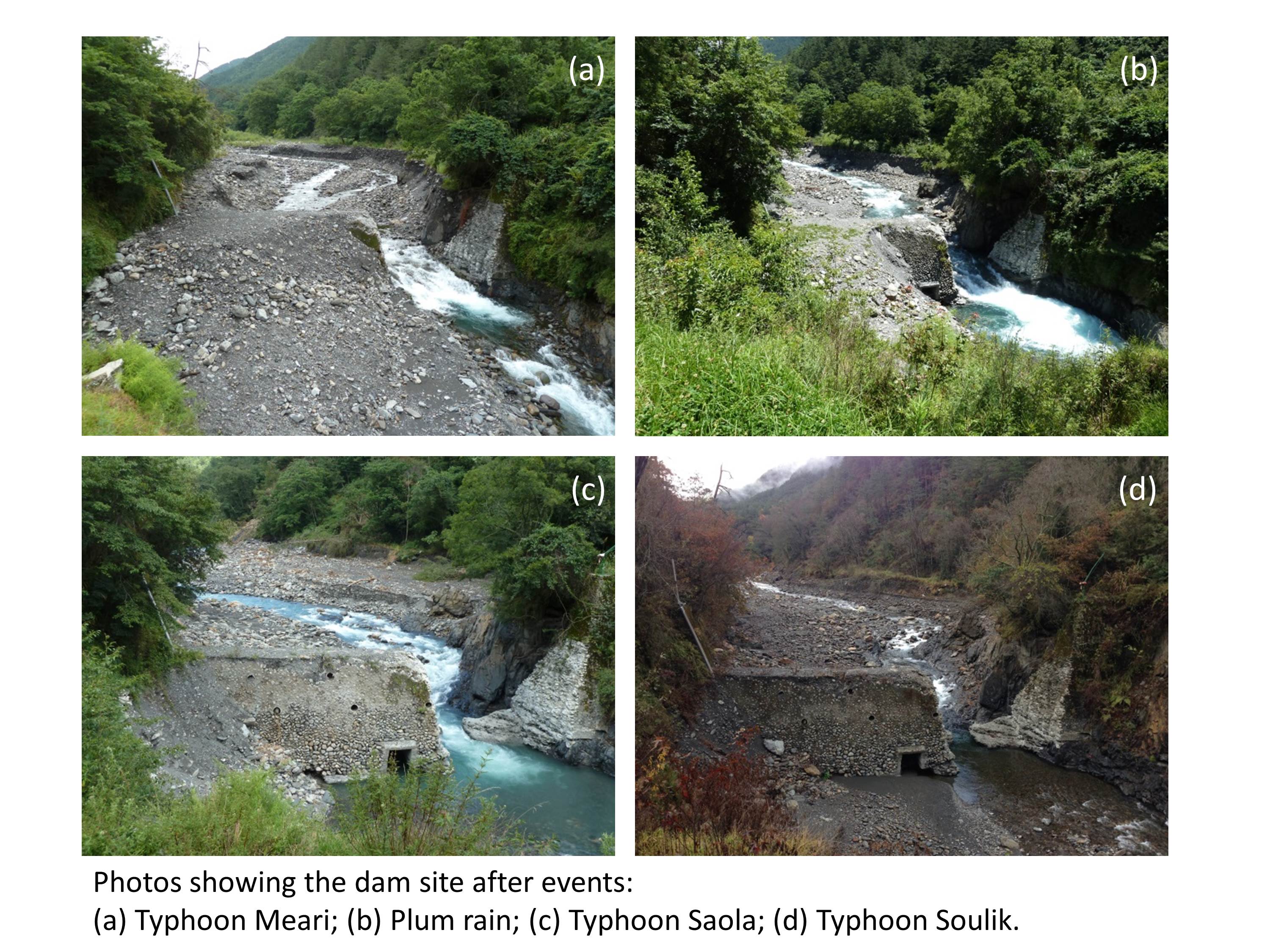