Lignin as a biomarker in soils, peat, lakes and intertidal and marine sediment cores has been widely researched in the last four decades. The biogeochemical processes controlling their distribution and composition include fractionation due to phase changes, mineral binding, and abiotic and biotic decay. However, there appears to be no studies in the literature describing the concentration and composition of lignin in groundwater aquifers, despite lignin tracing having the potential to differentiate between types of vegetation and recharge source. In the latter case aquifers could potentially be a source of old, degradation resistant lignin. In this study, we characterise the lignin composition in groundwater samples from a coastal sand aquifer, in SE Australia. We compare these data with lignin composition of fresh vegetation samples from the study site, and with lignin data from other environments in the literature. Groundwater samples were also analysed for Dissolved Organic Carbon (DOC) and inorganic chemistry (major ions, Dissolved Inorganic Carbon (DIC) and redox sensitive species) to investigate lignin fractionation processes. To achieve this, the groundwater lignin composition was compared to the total DOC and DIC in the samples and the prevailing redox reactions. The lignin composition in groundwater was found to be unrelated to the surrounding surface vegetation, indicating significant alteration by biogeochemical processes along its flow paths. We identify potential lignin degradation zones, via determination of total OC consumed through redox reactions and microbial activity. In conclusion, this study, by closely examining the correlations of lignin phenols in groundwater with lignin in surface waters, as well as biogeochemical processes in the aquifer is shedding a new light on the ability of lignin as a biomarker in these subsurface systems. To our knowledge, this is the first attempt to assess the usefulness of lignin as a tracer in groundwater. 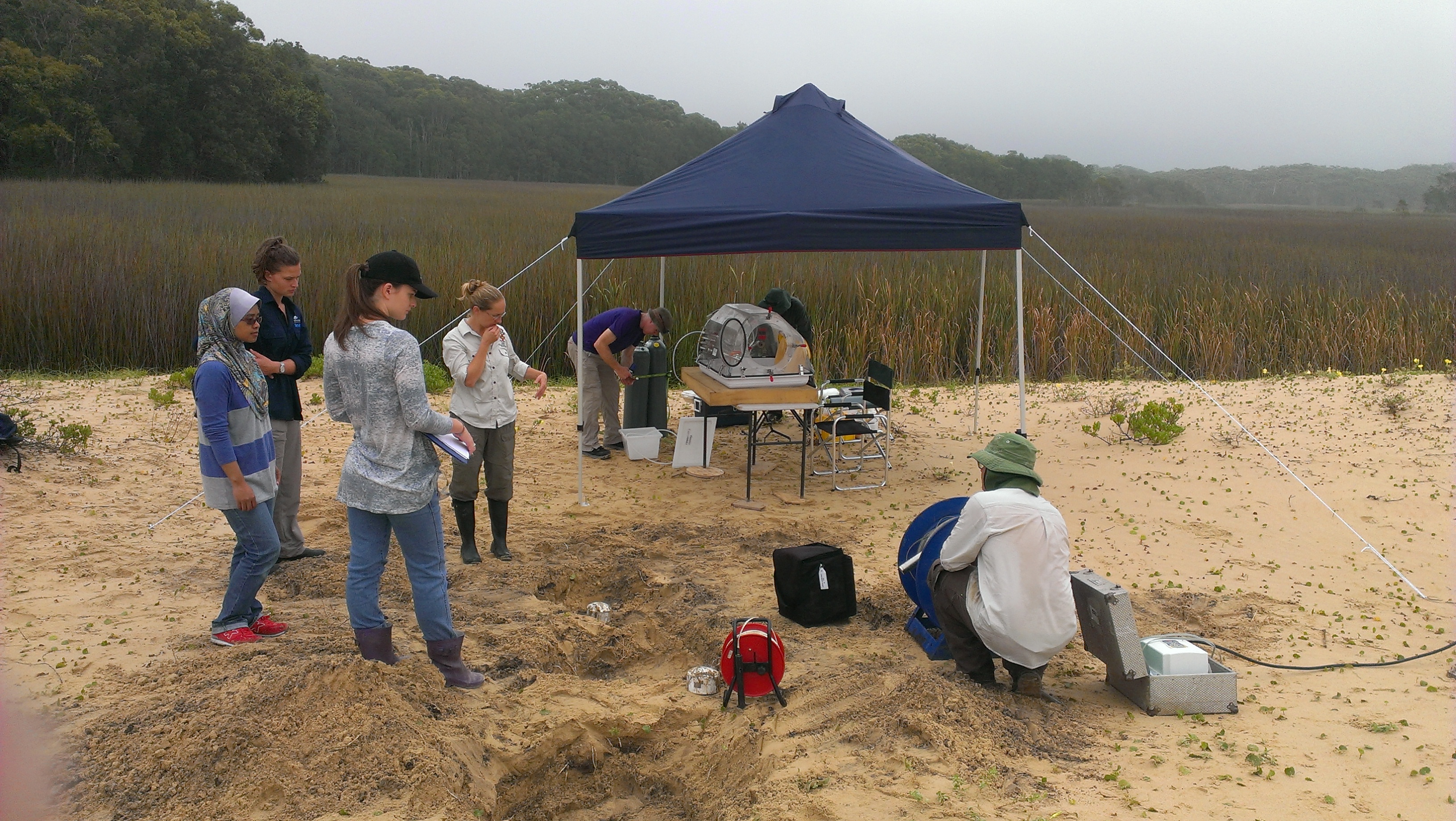