Magnetic clouds (MCs) are the interplanetary counterparts of coronal mass ejections (CMEs). Due to the very low value of $\beta$ in MCs, they are believed to be in a nearly force-free state and therefore are able to be modeled by a cylindrical force-free flux rope. However, the force-free state only describes the magnetic field topology but not the plasma motion of a MC. For a MC propagating in interplanetary space, the global plasma motion has three possible components: linear propagating motion of a MC away from the Sun, expanding motion and circular motion with respect to the axis of the MC. By assuming the quasi-steady evolution and self-similar expansion, we introduced the three-component motion into the cylindrical force-free flux rope model, and developed a velocity-modified model. Then we applied the model to 73 MCs observed by Wind spacecraft to investigate the properties of the plasma motion of MCs. It is found that (1) some MCs did not propagate along the Sun-Earth line, suggesting the direct evidence of the CME's deflected propagation and/or rotation in interplanetary space, (2) the expansion speed is correlated with the radial propagation speed and 62%/17% of MCs underwent a under/over-expansion at 1 AU, and (3) the circular motion does exists though it is only on the order of 10 km s-1. These findings advance our understanding of the MC's properties at 1 AU as well as the dynamic evolution of CMEs from the Sun to interplanetary space. 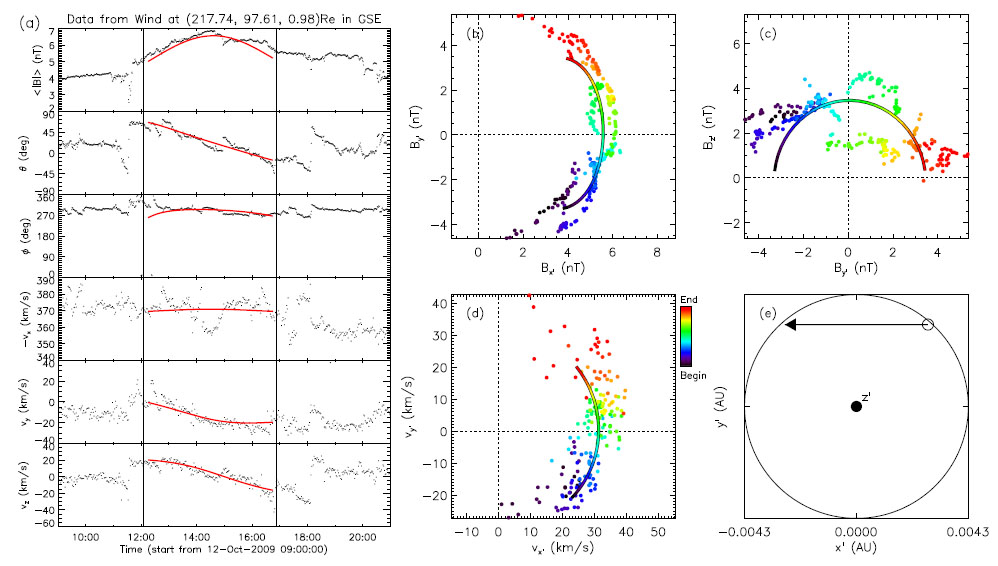