Mineralogical and petrological changes in subduction zones include transition from altered hydrated rocks (mostly serpentinites) to anhydrous peridotites with the release of fluid. Changes in the valence of iron and other ions capable for electron-exchanges remain poorly constrained during this transition.

The approach of this work comprises thermodynamic modeling and experiments based on the use of a piston-cylinder apparatus. We show a series of experiments with the range of temperatures from 550 to 850oC at pressure of 2 GPa, which perform the antigorite dehydration reaction using Fe-bearing antigorite and magnetite as starting material. The experimentally produced mineral phases have been characterized by X-ray diffraction, electron microprobe and X-ray absorption spectroscopy (XANES at the iron K-edge). At each step of serpentinite dehydration reaction we provide the modal abundance of minerals, the amount of releasing water, the chemical compositions of phases and the Fe-oxidation state.

The modal abundance of experimental product assemblage changes gradually. Thus, antigorite dominates untill 650 oC and it fully dehydrates after 700 oC. Olivine and enstatite are the most prevailing phases at higher temperatures. However, chlorite, diopside and tremolite are observed during the reaction. Furthermore, olivine and antigorite have been found to change their iron content depending on temperature, which is in consistent with thermodynamic modeling accomplished in the present study.

As the reaction progress with the increase of temperature, evolution of iron oxidation state changes. Antigorite containing mostly Fe3+ releases water and breaks down into olivine and enstatite containing Fe2+. The bulk Fe3+/Fetotal ratio decreases rapidly during first steps of the reaction and continue decreasing after antigorite disappearance. In our results we have showed the analyses of Fe valence state in both bulk rocks and separate minerals.

Characterizing the evolution of elements’ valence states and dehydration reactions deduce the processes occurring in the subduction zones, such as ore-forming fluids. 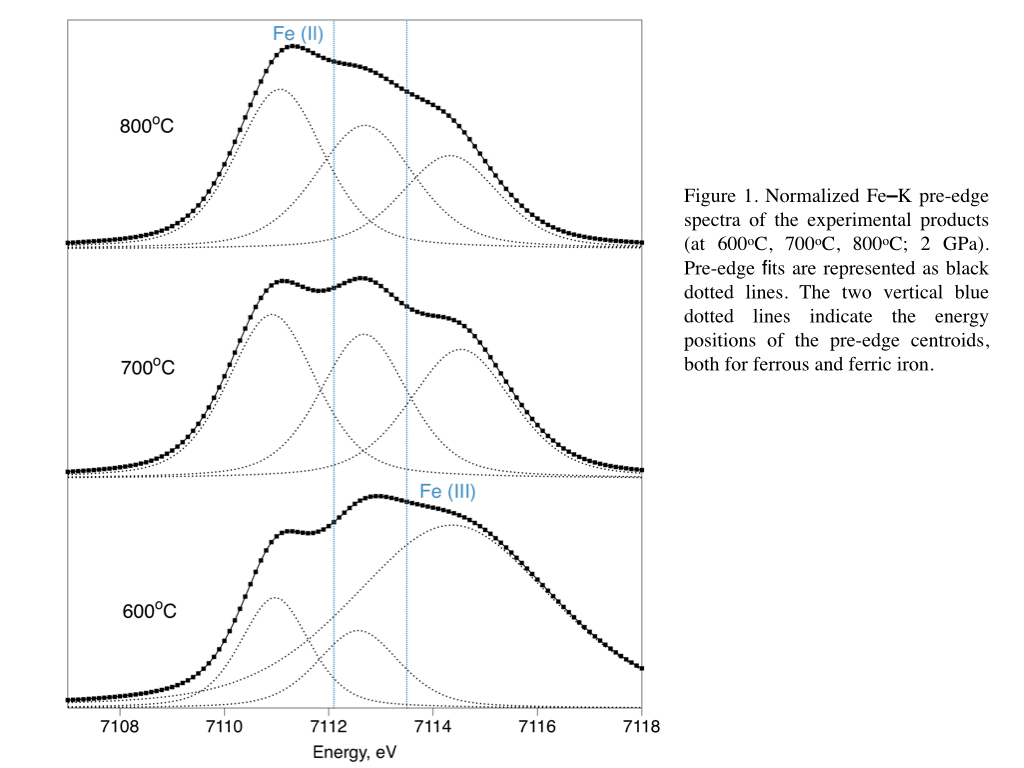