The next generation of ESA/NASA heliophysics missions, Solar Orbiter and Solar Probe Plus, will focus on exploring the linkage between the Sun and the heliosphere. These new missions will collect unique data that will allow us to study, e.g., the coupling between macroscopic physical processes to those on kinetic scales, the generation of solar energetic particles and their propagation into the heliosphere and the origin and acceleration of solar wind plasma. Since 2010, NASA's Solar Dynamics Observatory returns 1.4 TB/day of high-resolution solar images, magnetograms and EUV irradiance data. Within a few years, the scientific community will thus have access to petabytes of multi­dimensional remote­sensing and complex in-situ observations from different vantage points, complemented by petabytes of simulation data.

Answering overarching science questions like “How do solar transients drive heliospheric variability and space weather?” will only be possible if the community has the necessary tools at hand. As of today, there is an obvious lack of capability to both visualize these data and assimilate them into sophisticated models to advance our knowledge. A key piece needed to bridge the gap between observables, derived quantities like magnetic field extrapolations and model output is a tool to routinely and intuitively visualize large heterogeneous, multidimensional, time­dependent data sets. As of today, the space science community is lacking the means to do this (i) on a routine basis, (ii) for complex multi­dimensional data sets from various instruments and vantage points and (iii) in an extensible and modular way that is open for future improvements and interdisciplinary usage. In this contribution, we will present recent progress in visualizing the Sun and its magnetic field in 3D using the open-source JHelioviewer framework, which is part of the ESA/NASA Helioviewer Project. Among other features, JHelioviewer offers efficient region-of-interest-based data streaming, metadata and event catalog integration, as well as an interface to access science-quality data. In addition to its usage by the solar physics community, JHelioviewer has already been successfully adapted for application in planetary sciences and medical imaging. 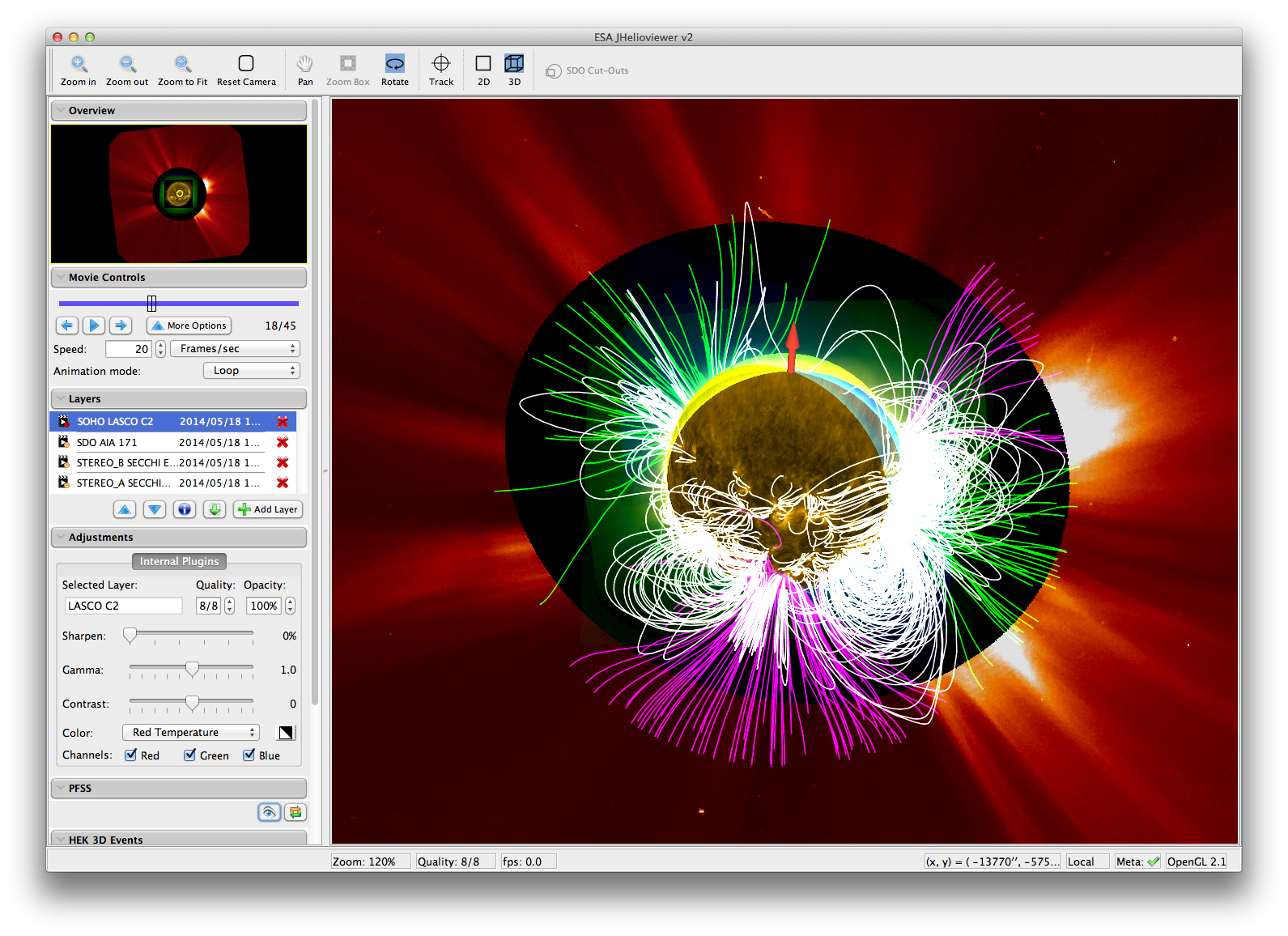