Woody debris (WD) is an essential structural and functional component of forest ecosystems, and plays very significant roles for the biogeochemical cycling of carbon and nutrients. Coarse woody debris (CWD) is considered to be the major part in forest WD and it is primarily composed of logs, snags, stumps and large branches, while fine woody debris (FWD) mainly consists of small twigs.
Composition, spatial distribution and carbon storage of WD have been studied in plateau-type karst evergreen and deciduous broad-leaved mixed forest in Tianlong Mountain of central Guizhou Province. Results showed that the carbon storage of WD in karst forests was less than non-karst forests. The major components of WD were fallen trees and snags with 10-20 cm in diameter. Fallen trees and snags with diameter greater than 20 cm were the smallest part of WD. The situation of WD in this region reflects the structural characteristics of WD in mid-late stage of plateau-type karst evergreen and deciduous broad-leaved mixed forest succession.
The potential contribution of WD to the regional carbon cycle, and its relationship with climate change were finally discussed. The WD (especially CWD) plays an important role in the carbon cycle of karst forest. Forest WD production and decay rates may partially depend on climatic conditions, the accumulation of CWD and FWD carbon stocks in forests may be correlated with climate. 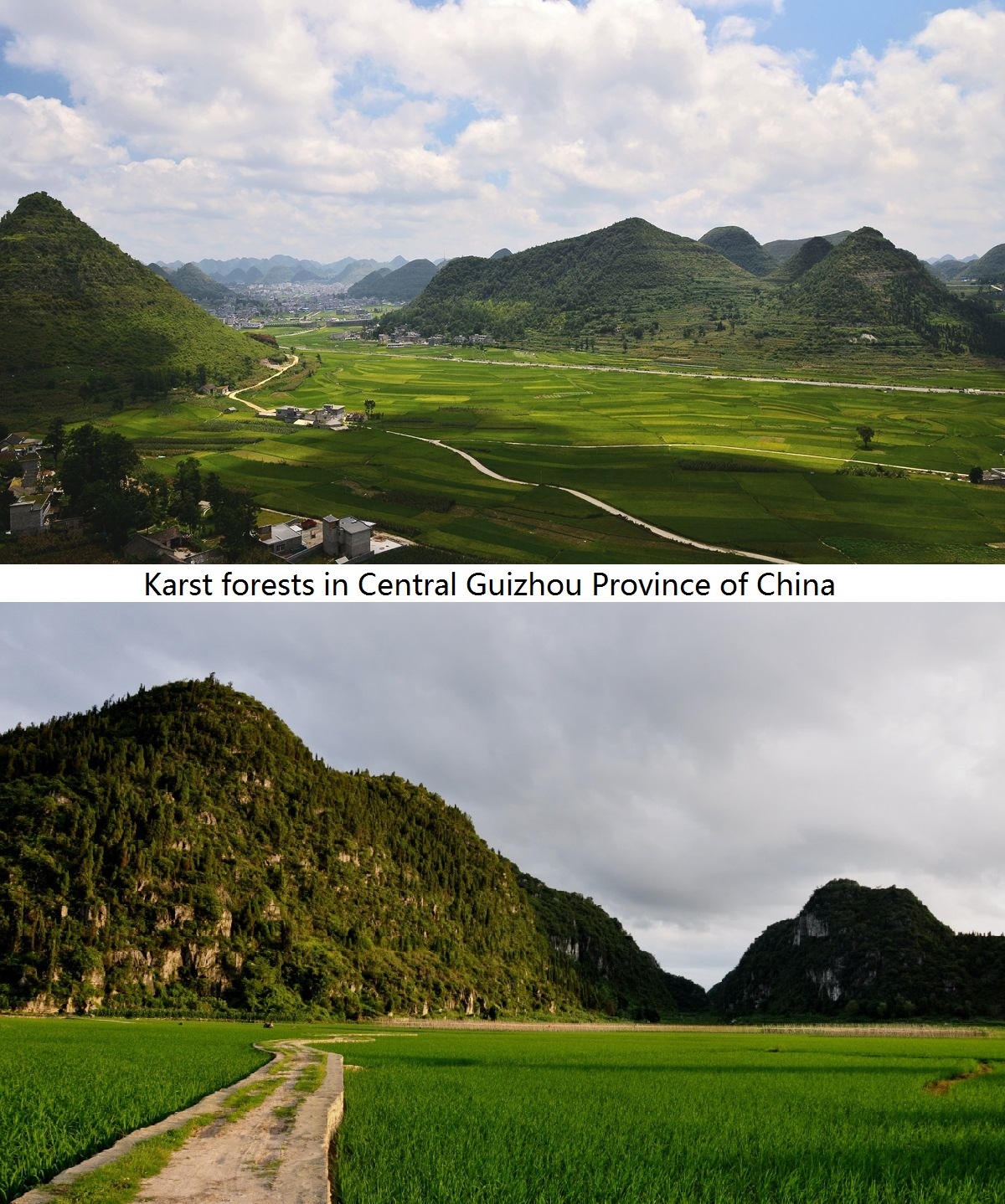