Smartphone applications have swiftly become one of the most popular tools for rapid reception of earthquake information for the public. Wherever someone’s own location is, they can be automatically informed when an earthquake has struck just by setting a magnitude threshold and an area of interest. No need to browse the internet: the information reaches you automatically and instantaneously!

One question remains: are the provided earthquake notifications always relevant for the public? A while after damaging earthquakes many eyewitnesses scrap the application they installed just after the mainshock. Why? Because either the magnitude threshold is set too high and many felt earthquakes are missed, or it is set too low and the majority of the notifications are related to unfelt earthquakes thereby only increasing anxiety among the population at each new update.

Felt and damaging earthquakes are the ones of societal importance even when of small magnitude. LastQuake app and Twitter feed (QuakeBot) focuses on these earthquakes that matter for the public by collating different information threads covering tsunamigenic, damaging and felt earthquakes.

Non-seismic detections and macroseismic questionnaires collected online are combined to identify felt earthquakes regardless their magnitude. Non seismic detections include Twitter earthquake detections, developed by the USGS, where the number of tweets containing the keyword “earthquake” is monitored in real time and flashsourcing, developed by the EMSC, which detect traffic surges on its rapid earthquake information website caused by the natural convergence of eyewitnesses who rush to the Internet to investigate the cause of the shaking that they have just felt.

We will present the identification process of the felt earthquakes, the smartphone application and the 27 automatically generated tweets and how, by providing better public services, we collect more data from citizens. 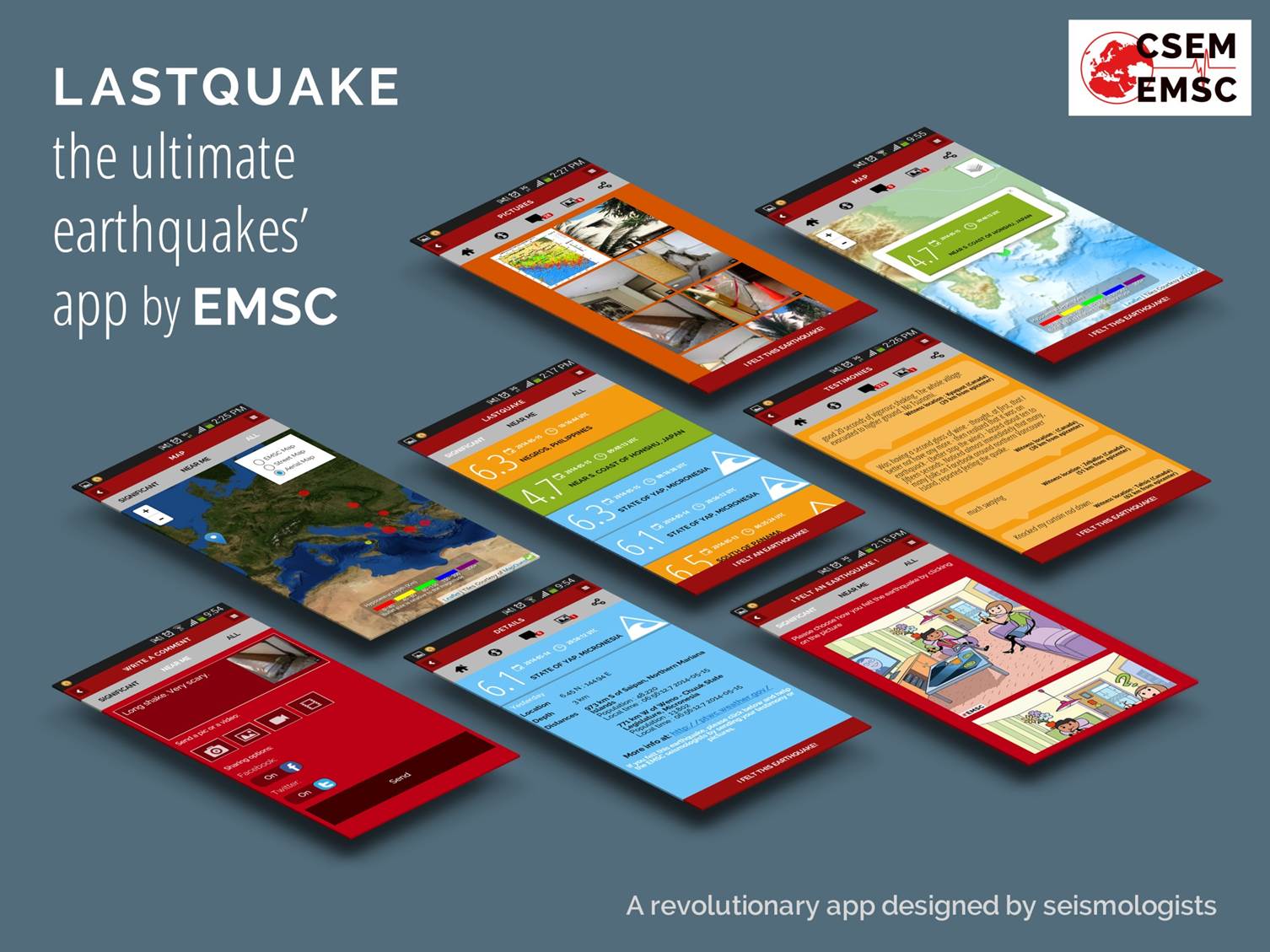