Global climate models that do not include interactive middle atmosphere chemistry, such as those contributing to the Coupled Model Intercomparison Project Phase 5, typically specify stratospheric ozone using monthly-mean zonal-mean values. Here we show that such coarse temporal resolution leads to significant biases in the simulated climate of the Southern Hemisphere (SH) over the late twentieth century. This is demonstrated using the Whole Atmosphere Community Climate Model in simulations with and without interactive chemistry. Previous studies have attributed similar differences in SH climate change simulations to biases created by the spatial smoothing of specified ozone, i.e., due to prescribing zonal-mean concentrations. We isolate the impact of undersampling the rapid temporal changes in ozone during the seasonal evolution of the Antarctic ozone hole from the impact of prescribing zonal-means, and show that temporal resolution of prescribed ozone is of equal importance to zonal asymmetries. 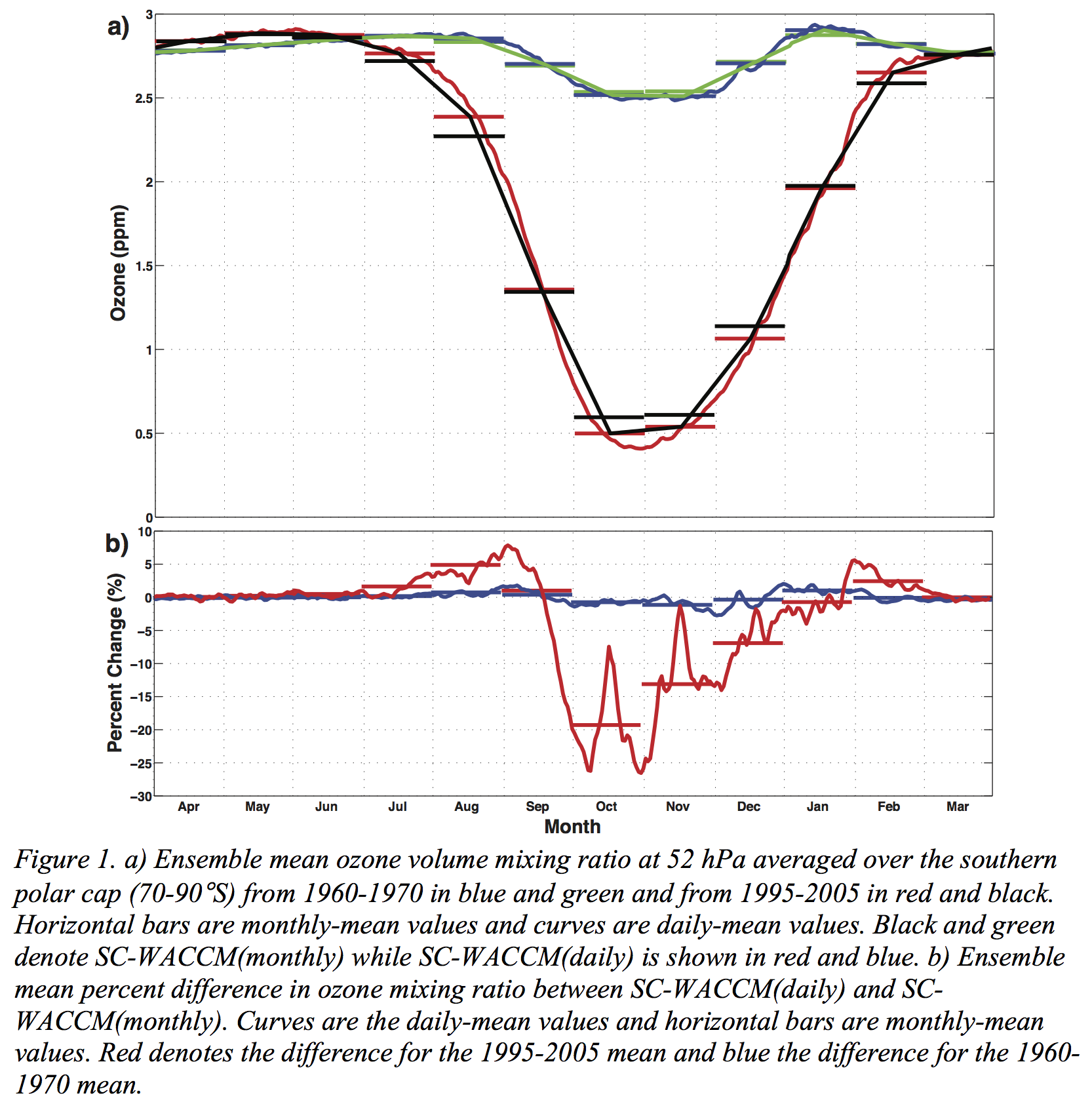