On the eastern margin of the Himalayan orogenic belt, the rapid uplift of the Namche Barwa metamorphic terrane and the significant bending of the Yarlung Zangbo suture zone occur. However, the formation mechanism and dynamics of the Eastern Himalayan Syntaxis is still debated. In order to better understand the deep structures beneath eastern Himalaya, we further deployed 35 broadband seismic stations (2010-2013) around the Namche Barwa Mountain, which is integrated with the existing Lehigh data sets of 45 stations (2003-2004). We totally selected 18,979 high-quality P-wave arrival times from 2,140 teleseismic events to image P-wave teleseismic tomography. The results demonstrate complex deep structures and significantly different subduction modes in the eastern Himalaya. In contrast to the steep subduction of the Indian lithosphere beneath the Eastern Himalayan Syntaxis, the Indian slab flatly subducted in the west, which might extend close to the Bangong-Nujiang Suture and then steeply sink and bend over. The contrasting subduction model results in the tearing and fragmentation of the Indian lithosphere in the transition zone between the flat and steep subduction. Consequently, the upwelling of hot asthenospheric mantle may occur through the slab tear window, which might further lead to the rapid uplift of Namche Barwa and the formation of the Eastern Himalayan Syntaxis. The lateral variation in subduction mode and slab tearing induced asthenospheric mantle upwelling is similar to that observed in the Hellenide and Anatolide domains of the Tethyan orogen. 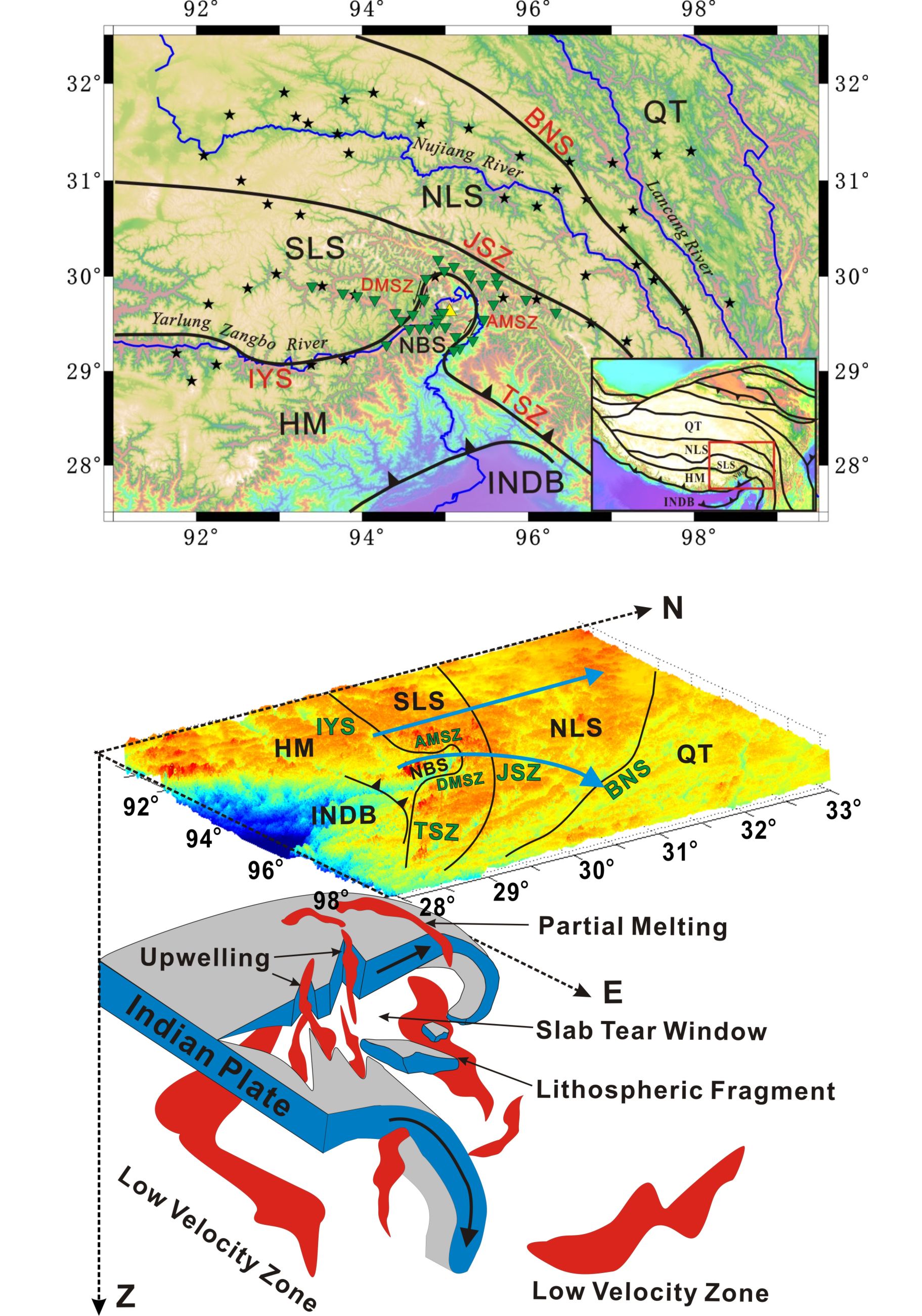