H33F-0905:
Effects of deforestation and climate variability on the hydrological balance of the Xingu River Basin, Brazil

High historical deforestation rates and a rapidly changing agricultural landscape are altering the energy and water balance of the eastern Amazon basin. The headwaters of Xingu River Basin (XB; Area: 510,000 km2) in the southeastern Amazon have seen some of the highest rates of deforestation, resulting in a decrease of average basin forest cover from about 90% in the 1970s to 75% in the 2000s. This study examines the water balance of the XB and attributes the influences of climate variations and deforestation using a diverse set of observational and modeling tools including; long-term observations of rainfall and discharge, satellite-based estimates of evapotranspiration (MODIS) and surface water storage (GRACE), and numerical model output (IBIS) of the set of hydrological components (evapotranspiration, soil moisture, and discharge). This water budget of the 2000s is first estimated by explicitly including deforestation over the 2001–2010 through integration of the modeled outputs with forest cover information from MODIS. Modeled outputs from the 1970s to the 2000s are then used to estimate the effects on the Xingu water budget due to climate variability, historical deforestation, or both. The decadal mean water balance components of the IBIS simulation over the 2001–2010, compares well with the satellite-derived and field-based observational estimates. Analysis of the individual components of change from the 1970s to the 2000s indicates that climate variability and land cover change have had opposite influences with climate effects masking the changes in water budget due to historical deforestation. Changes in land cover due to deforestation have decreased ET by ~3% and increased soil moisture by ~1% in XB, leading to increased discharge on average by 8% from the 1970s to the 2000s. 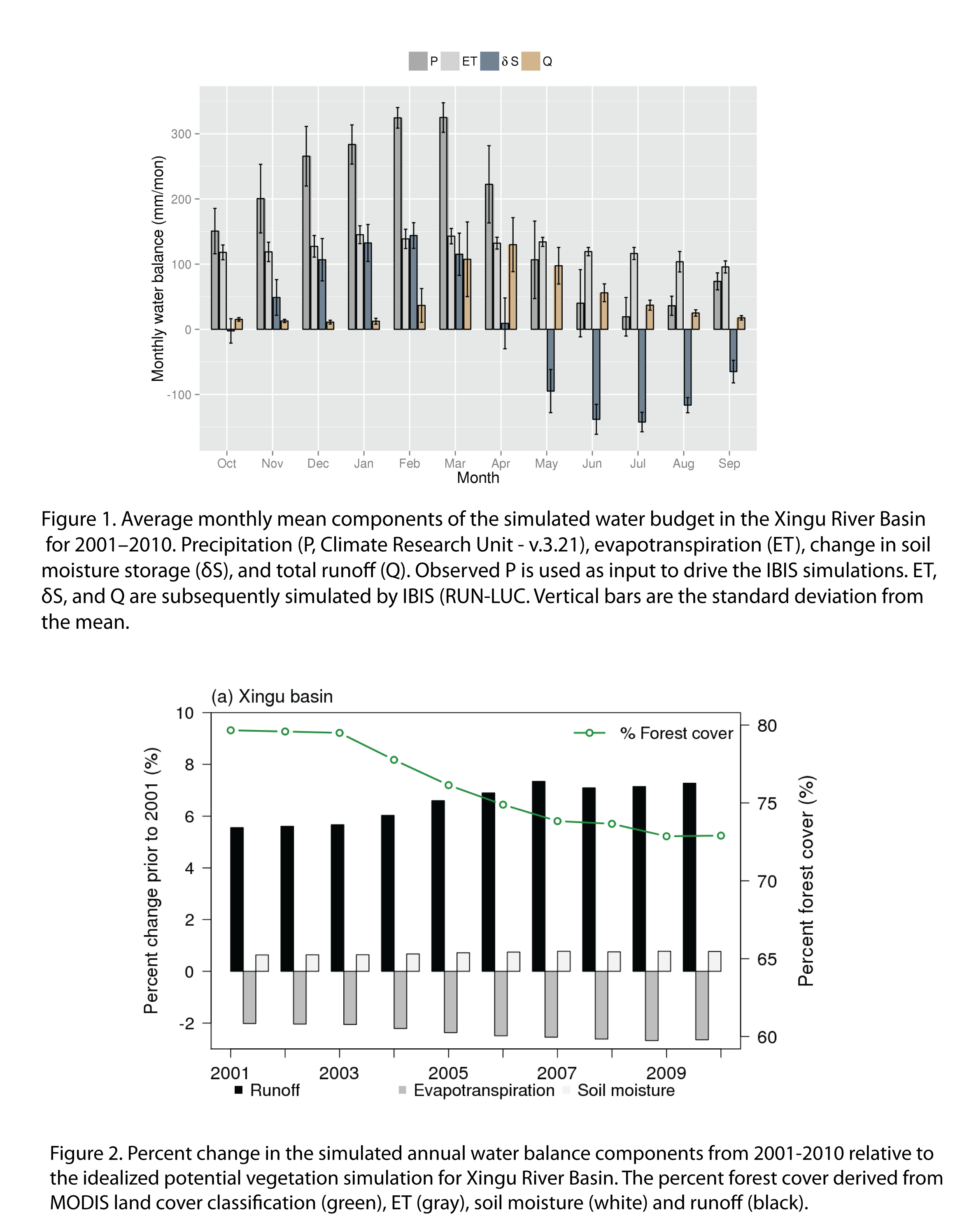