Since the launch of LRO in 2009, the CRaTER instrument has been mapping albedo protons (~100 MeV) from the Moon. These protons are produced by nuclear spallation, a consequence of galactic cosmic ray (GCR) bombardment of the lunar regolith. Just as spalled neutrons and gamma rays reveal elemental abundances in the lunar regolith, albedo protons may be a complimentary method for mapping compositional variations.

We presently find that the lunar maria have an average proton yield 0.9% ±0.3% higher than the average yield in the highlands; this is consistent with neutron data that is sensitive to the regolith’s average atomic weight.

We also see cases where two or more adjacent pixels (15° × 15°) have significantly anomalous yields above or below the mean. These include two high-yielding regions in the maria, and three low-yielding regions in the far-side highlands. Some of the regions could be artifacts of Poisson noise, but for completeness we consider possible effects from compositional anomalies in the lunar regolith, including pyroclastic flows, antipodes of fresh craters, and so-called "red spots". We also consider man-made landers and crash sites that may have brought elements not normally found in the lunar regolith. 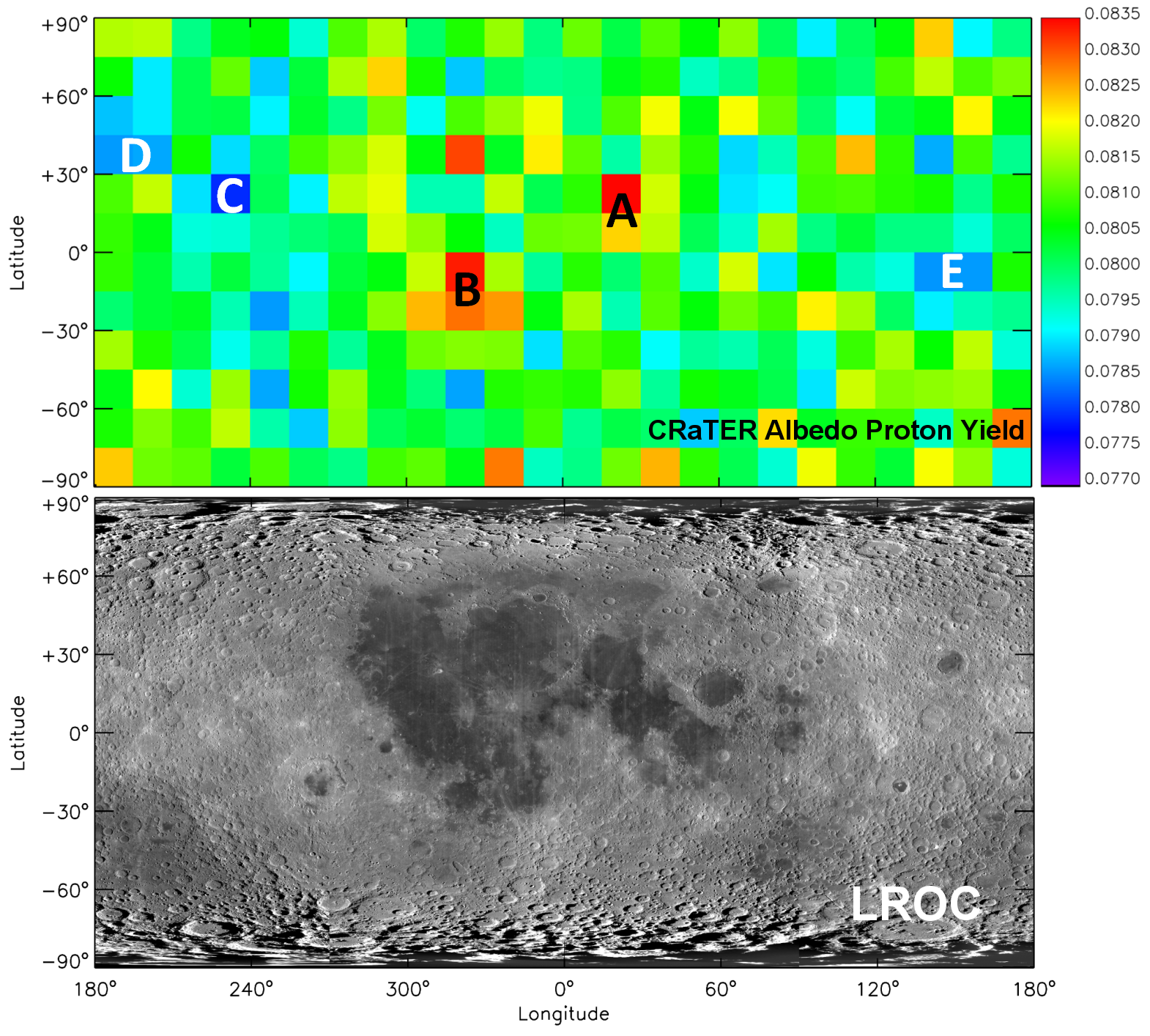